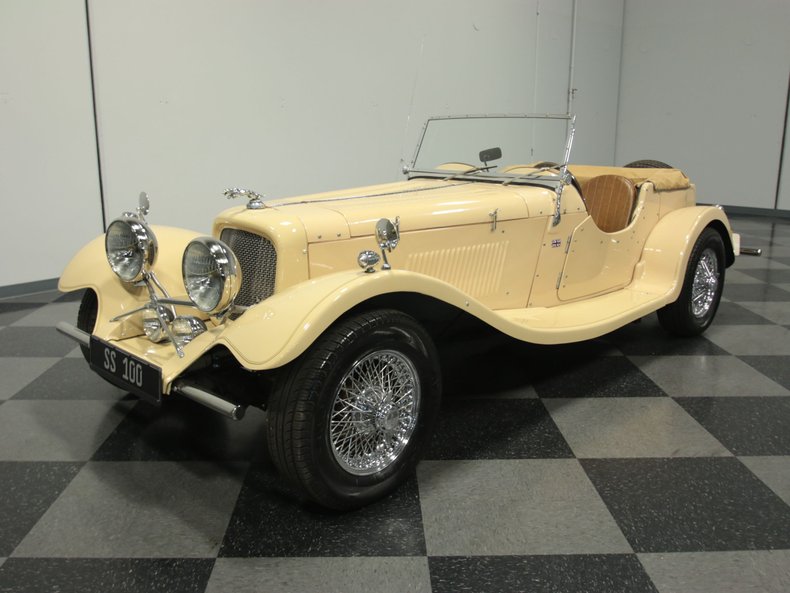 Longer, lower, and more powerful than an MG, this 1937 SS100 Jaguar replica delivers that same swoopy sports car look with a bit more sophisticated, all at a very reasonable price. It's got a lot of neat details and 6-cylinder power, so it feels rather authentic without the hassles of an early Lucas electrical system.

Yes, the company was called SS100 and the model was Jaguar, but it was so successful and seemed to redefine the company so thoroughly that they officially renamed themselves Jaguar in the late 1930s. This car defined the breed, bringing previously unknown levels of performance and sophistication to the open-air motoring public. Real ones are six-figure machines, but this replica looks quite accurate from any angle and delivers 90% of the same experience. Sure, the cream-colored bodywork isn't flashy, but there's no need for aggressive, bright colors when the look is so right. The flowing fenders and long hood make it look even lower than it is, and it remains just as dashing today as it did nearly 80 years ago. We don't know who built it or when, but it was probably back in the 1980s when such machines were popular and companies were springing up to feed the market. We will say that the bodywork is in good order and while the paint probably dates back to when it was built, it has a nice vintage shine that works well. The cut-down doors and rear-mounted spare add to the vintage look, and unlike most replicas, it gets the details right, including the oversized headlights up front and leaping cat hood ornament.

Minimalist is the way these cars were then and how this replica is today. Brown vinyl upholster on a set of plant pleated bucket seats remains in excellent shape and requires almost zero maintenance. The carpets are older and show a little fading, but again, they work with the rest of the car pretty well. A wood-rimmed wheel framing some vintage-looking gauges from Classic Instruments add a period-perfect look. There's also a Kenwood AM/FM/CD stereo head unit over there on the passenger's side and a cowl-mounted rear-view mirror that reinforces the look. Weather protection is basic, about what you get from any British sportster, and includes a folding top with removable side curtains. There's also a tiny trunk and battery compartment in back, but most of your storage will be done in the area behind the seats.

The engine is a Ford V6, probably a 2.8 liter also known as the Cologne, which was used in the Ford Bronco II/Ranger pickup. It's topped by a 2-barrel carburetor and makes plenty of power and torque for the lightweight Jaguar, and even with a 3-speed automatic transmission, it's plenty peppy around town. It's a neat installation under the long hood, with good service access and reasonable upgrades that help ensure reliability. Up front there's a big electric fan and a transmission oil cooler, while the electronics are mounted on the firewall to help keep them protected and cool. Long-tube headers are neat pieces of fabrication and lead to a great-sounding dual exhaust system that gives the V6 a suitably snarky engine note. The Ford A4LD 4-speed automatic transmission snaps through the gears and offers a reasonable overdrive gear that makes this car an easy cruiser. The fabricated chassis uses a Mustang II style front suspension with disc brakes, while out back there's a 7.5-inch Ford rear on leaf springs, all cleverly packaged. Genuine 15-inch chrome wire wheels are the perfect choice and carry 205/70/15 Yokohama radials.

Inexpensive fun, this cool SS100 replica will stand out anywhere it goes, and most folks won't even know the difference. More car than an MG and cheaper than a Cobra kit, it's ready to go now! 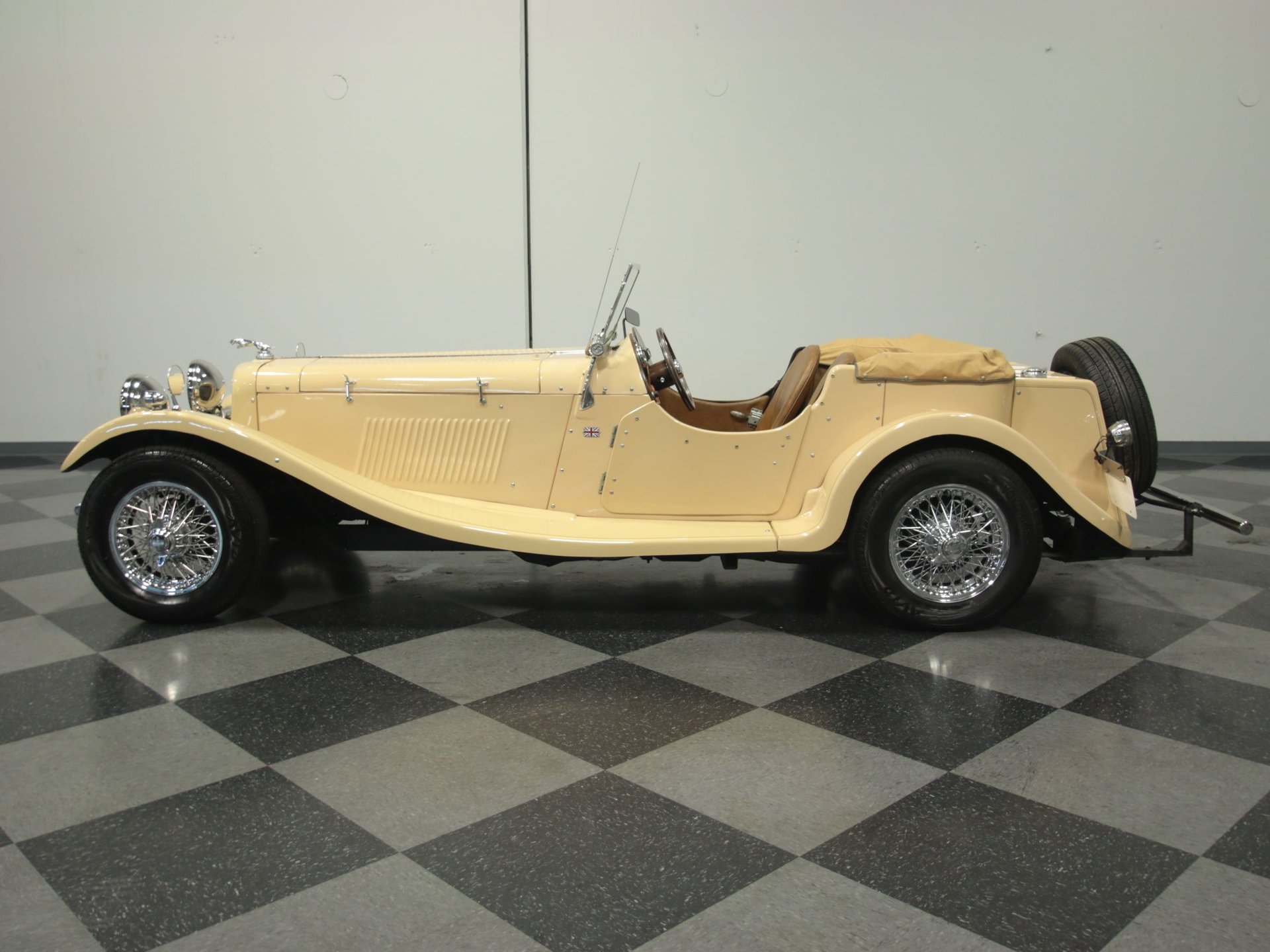