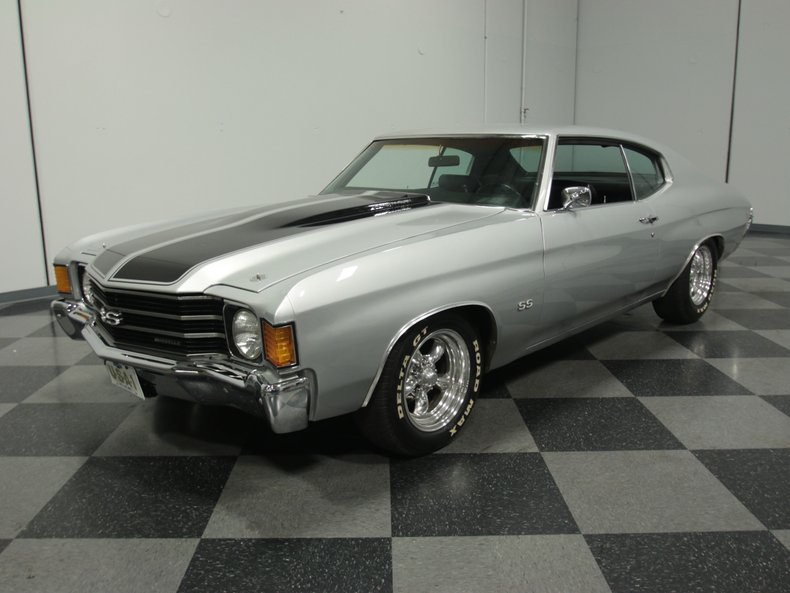 The list of plusses on this 1972 Chevrolet Chevelle is pretty long: great colors, big block, factory A/C, awesome stance, and an affordable price tag. It's not a pedigree car, but if you have always wanted a Chevelle that can earn respect on the street and looks great doing it, this one is amazingly attainable.

Cortez Silver always makes Chevelles look expensive, but don't worry, this one keeps the important parts but leaves the expensive pedigree at the door. It isn't a real SS, but does it matter? It's got the right look, including a fully functional cowl induction hood and black SS stripes that are like a neon sign warning others that they're going to get whooped at the next stop light. The finish is quite good, particularly at this price, with a shiny finish that's the result of two-stage urethane being wet sanded and buffed properly. The hood fits well, which is important if you're using hood pins, and the silver seems to show off the dramatic body lines better than almost any other color; check out that low-angle side profile shot to see what I mean. A correct SS grille and emblems have been added, which is pretty much standard procedure in a tribute car, and they didn't skimp on the chrome and stainless trim, which all remains in good shape.

The bench seat gives it away as a non-SS, but that's also part of why it's affordable. The black vinyl upholstery is correct and in very good condition, showing no splits or tears and only light signs of age and use that are probably inevitable. The original gauges tell you about speed and fuel level, but someone has added additional dials under the dash to give you more important information. There's also a JVC AM/FM/cassette stereo and factory A/C, which is always a nice addition to the spec sheet. It's possible that the door panels are original, but the carpets are certainly much too nice so they're surely replacements, and the back seat looks like it's never been used. The trunk is covered in black carpets, which isn't necessarily correct, but it sure looks good and someone did a heck of a job with the installation.

On any Chevelle, what you want to see when you lift the hood is a big block, and the L78-spec 396 cubic inch V8 doesn't disappoint. It's quite authentic-looking under the hood, as if Chevrolet was building L78-powered A-bodies in 1972, and as I said, even the cowl induction air cleaner is right. There's also Chevy Orange paint on the block, proper chrome valve covers, and even the Quadrajet carb is the way the factory might have done things. It starts easily and idles well, so it's not radical, but there's a big hit of torque at almost any speed. The TH350 3-speed automatic seems to have great reactions and with a new Flowmaster dual exhaust system, it's definitely got the right sound. The floors are likely original and in good order, and the list of new components includes a fresh gas tank and new shocks. Highway-friendly gears in the 12-bolt rear end make it a great cruiser and the stance is exactly right. Fat 215/65/15 front and fatter 235/70/15 rear white-letter radials on polished Torque Thrust wheels certainly help with the street predator look.

A car that works extremely well just the way it is, and gives you a lot of performance for the money simply by virtue of being a tribute. There's certainly no harm in that. Call today! 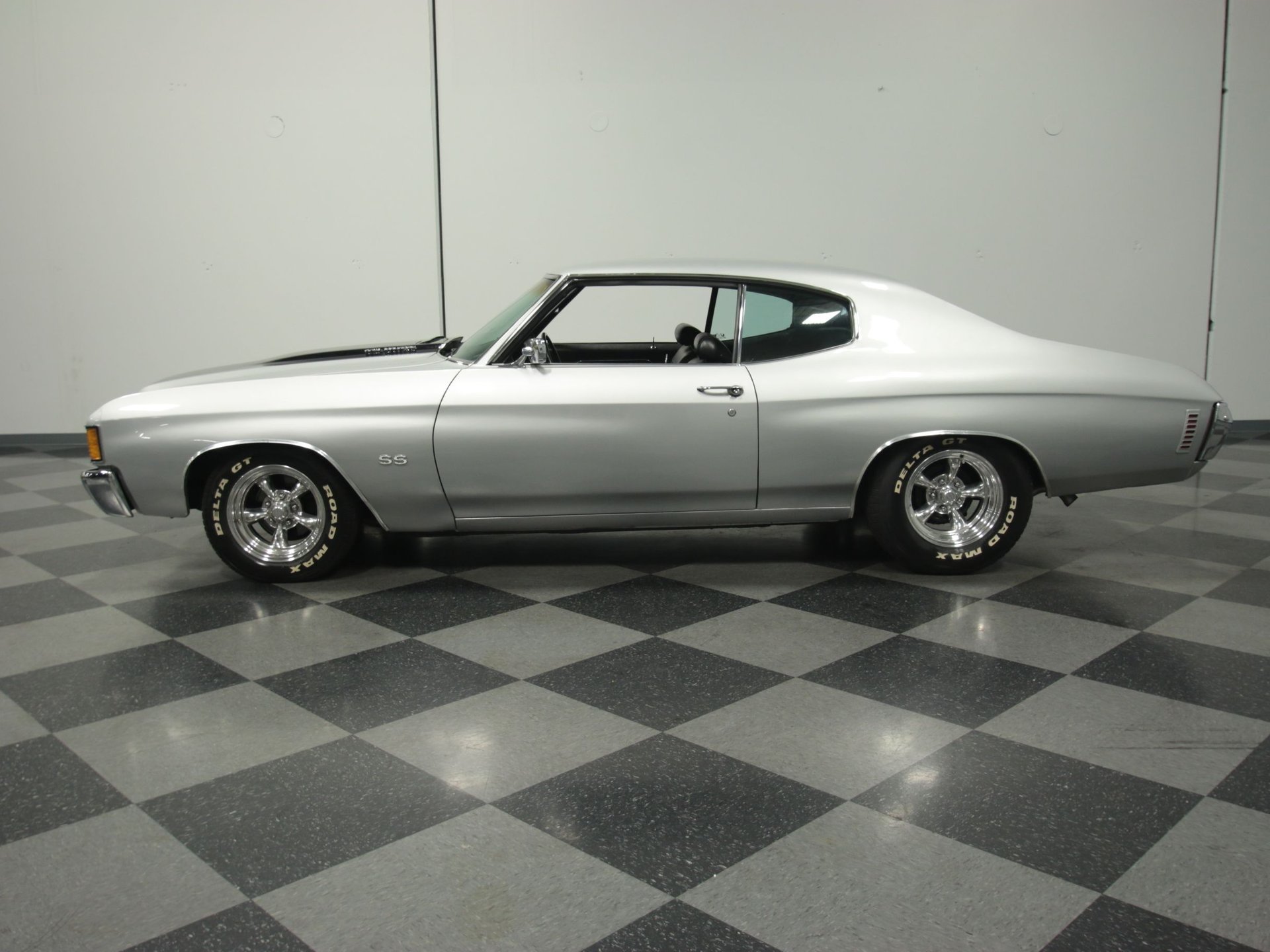