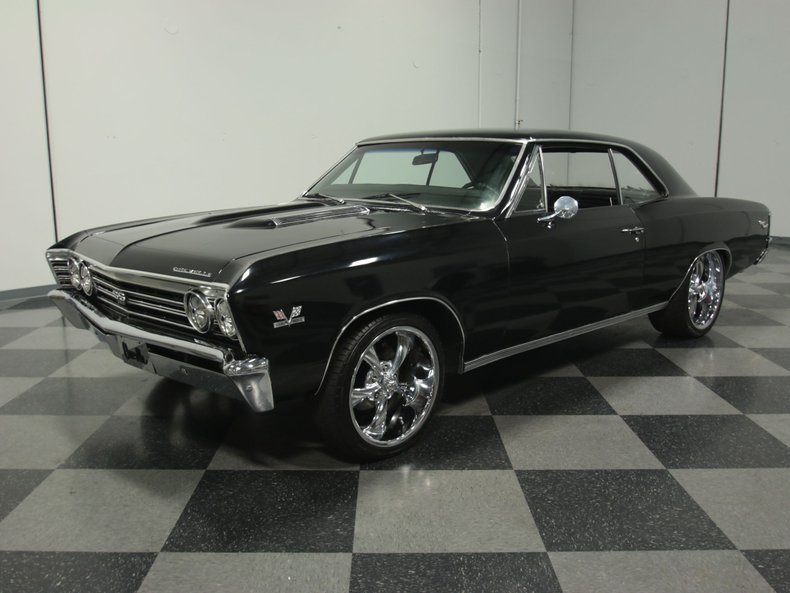 You want a car built for combat? Take a close look at this 1967 Chevrolet Chevelle. Brutally basic, it has a sinister look with gorgeous black paint and a minimum of frills. A stout 383-inch small block puts big block power in a lightweight package and the interior emphasizes performance without looking ordinary. Yeah, this car definitely delivers.

Painting this car black was no mistake, because the original code F Marina Blue just wouldn't have been right for a car with this much performance. No, an apex predator needs to be sinister, and black fits the bill just fine. Of course, making it black also meant that the steel underneath had to be straight, so they invested big in getting the bodywork in shape. It's nice, but not too nice, because this car was meant to drive, and perhaps more importantly, to lure prey. A perfect car looks like money, and smart street racers avoid cars like that. Instead, this one has an unassuming look that's bereft of spoilers, stripes, or even a cowl induction hood. If you want to take it up a notch, it would definitely benefit from a professional buff, but if it were mine, I'd leave it as-is and go have some fun. They also concentrated on getting the brightwork in shape, including shiny chrome bumpers and the stainless trim, all of which is in very good condition.

The basic black interior uses a bench and attractive patterns to make a statement about performance. There's a factory 3-spoke steering wheel with a leather-wrapped rim, which we assume is there intentionally to help in the heat of combat. The factory gauges are still doing their thing, augmented by an Auto Meter tach on the steering column and a set of auxiliary gauges under the dash, all discreetly installed so as to not be all that noticeable to the guy in the car next to you. Factory A/C is a nice find in a car like this and it's fully functional thanks to a recent service with R134a refrigerant. The big Hurst shifter with cue ball knob dominates the interior, and there's nothing we like better than the industrial-strength look of a bench seat car with a manual gearbox. There is no radio, leaving it up to the new owner to decide whether it's even necessary in a car that's as much fun to drive as this one is. The trunk isn't detailed for show, but it is clean and includes a full-sized spare, just in case.

The 383 cubic inch stroker motor puts big block power in a small block-sized package, which makes this Chevelle a formidable performer. With upgrades like aluminum heads and an Edelbrock intake manifold, a Holley 4-barrel carb, and long-tube headers, the engine grunts out some serious twist that'll get the drop on just about everything else on the street. It looks nicely detailed with some chrome dress-up parts that give it a definite high-performance look. There's a big aluminum radiator up front, as well as a new dual master cylinder for the front disc brakes, so don't be afraid to use it as intended. A custom dual exhaust system with Flowmaster mufflers gives the big small block a great sound that's mellow enough to not attract attention but doesn't restrict horsepower. Giant Torque Thrust style wheels totally stuff the wheel wells and carry staggered 225/40/18 front and 275/35/20 rear performance radials.

Just a clean, sleek, and surprisingly fast Chevelle, this car could almost be considered a sleeper. If you like substance over style, then this may be your next car. Call today! 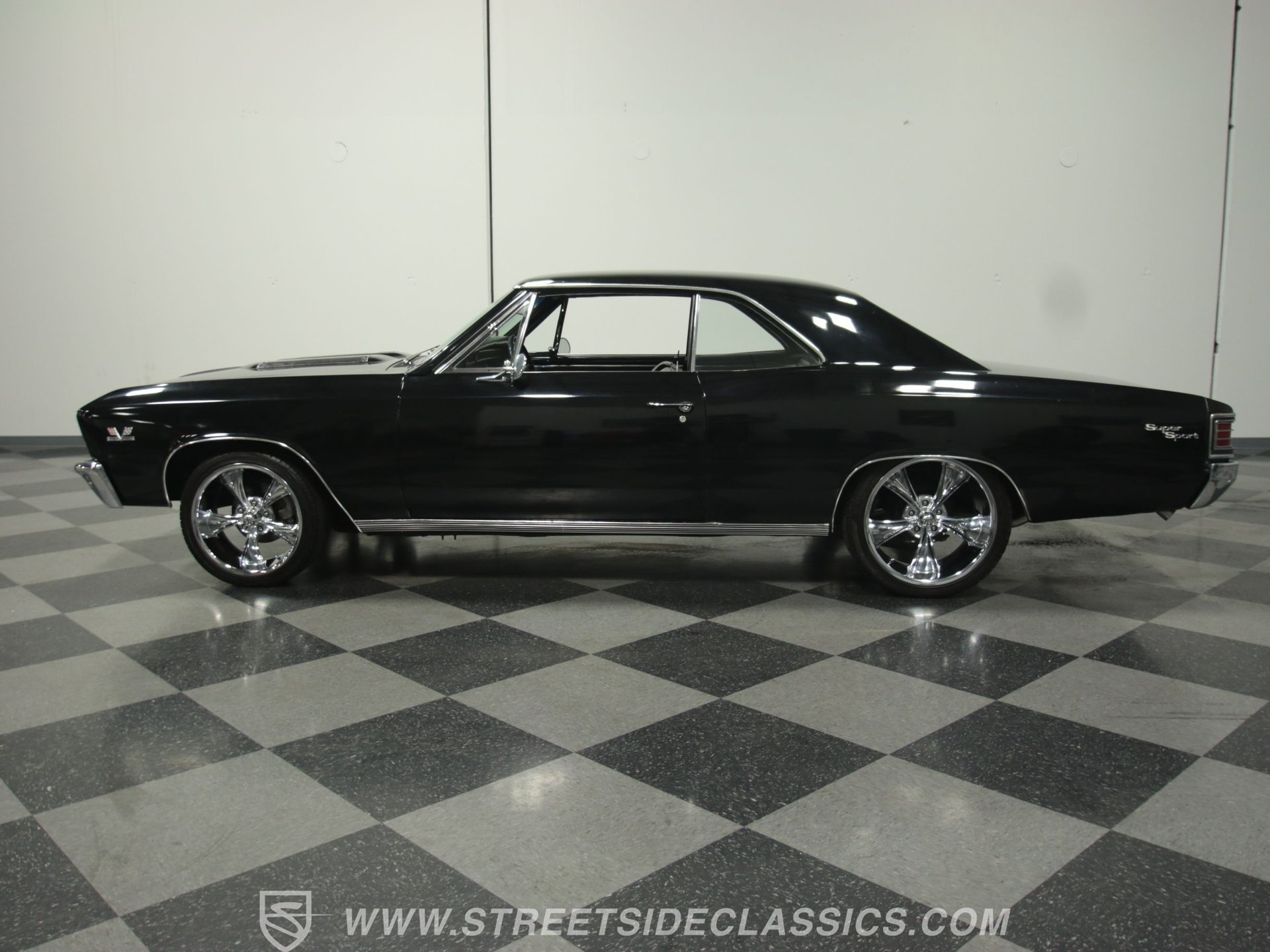