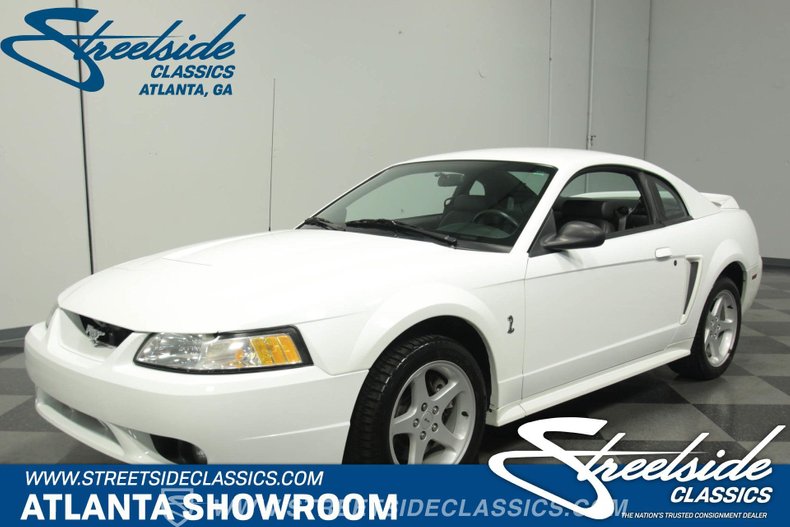 Ford invested heavily in the Cobra to make it different from the GT, and by 1999, the Mustang Cobra was a world-class performance car with a silky-smooth 32-valve V8, chiseled lines that were also traditional, and a leather-lined interior that looked like it belonged in a much more expensive car. Today, these are screaming bargains, offering 300-horsepower performance for pennies on the dollar.

The truly shocking thing about this 1999 Cobra is that it's almost completely unmodified. If you're familiar with Mustangs, then you're familiar with the world's biggest performance aftermarket, and it's downright amazing that none of those hop-up parts have found their way onto this car. With just one owner from new and only 21,953 original miles, this white Cobra keeps to the stock look and has obviously never been raced or abused. The paint is in decent condition, but a professional buff job would probably really wake it up and transform the car in a big way. Cobras received their own front and rear fascias, so they're easy to identify on the roll, and they weren't so crazy low that the chin took a beating. This car has been well-kept, and given the usual life of a Mustang of any type, that's a rare find indeed.

The black leather interior is simply gorgeous. Is this really a Mustang? The nicely bolstered seats are grippy, which is what you want in a car that can corner like this, and there are Cobra emblems everywhere you look (what, was this car built by Carroll Shelby?). Cobras came only one way: loaded. As a result, things like A/C, power windows, locks, and driver's seat, cruise control, and a tilt wheel were standard equipment. Cobras also got special white-faced gauges from the factory and you'll note the redline on that tach is way up there by 7000 RPM. The seats show very little wear, again a testament to both the quality of the Cobra and the care it has received. Everything works, of course, and your new Cobra only came with a 5-speed manual gearbox in 1999. The back seat is reasonably-sized for adults and there's a nicely shaped trunk with plenty of room, making this a machine you can actually use as a real car.

The 4.6-liter DOHC V8 rips through the gears with a zeal that the old 5.0 could only dream of. Smooth and willing to rev, it was highly developed by Ford to represent the very best powerplant they could muster. The bottom-end was virtually indestructible and the heavy-breathing heads made it feel like it could pull forever. And yes, there is an insane number of performance upgrades available, none of which made it on to this car. That means no street racing, no abuse, no questionable workmanship, making this the right car for the guy who appreciates a great pedigree. The 5-speed manual transmission shifts easily and the 8.8-inch rear end will stand up to the 4.6 for years to come, as the aftermarket has proven time and again; these cars are hard to break. The chassis is a lot stouter than the old 5.0 you remember, and with that unusual limited production independent rear suspension, the Cobra rides rather well. Giant 4-wheel disc brakes with ABS take the drama out of all that horsepower and live behind some of the most gorgeous wheels ever fitted to a Ford. Those 5-spoke alloys carry stock-sized 245/45/17 performance radials, so it's ready to rock.

With just one owner and low miles, this is an awesome way to get some big horsepower Mustang fun with big horsepower without breaking the bank. Call today! 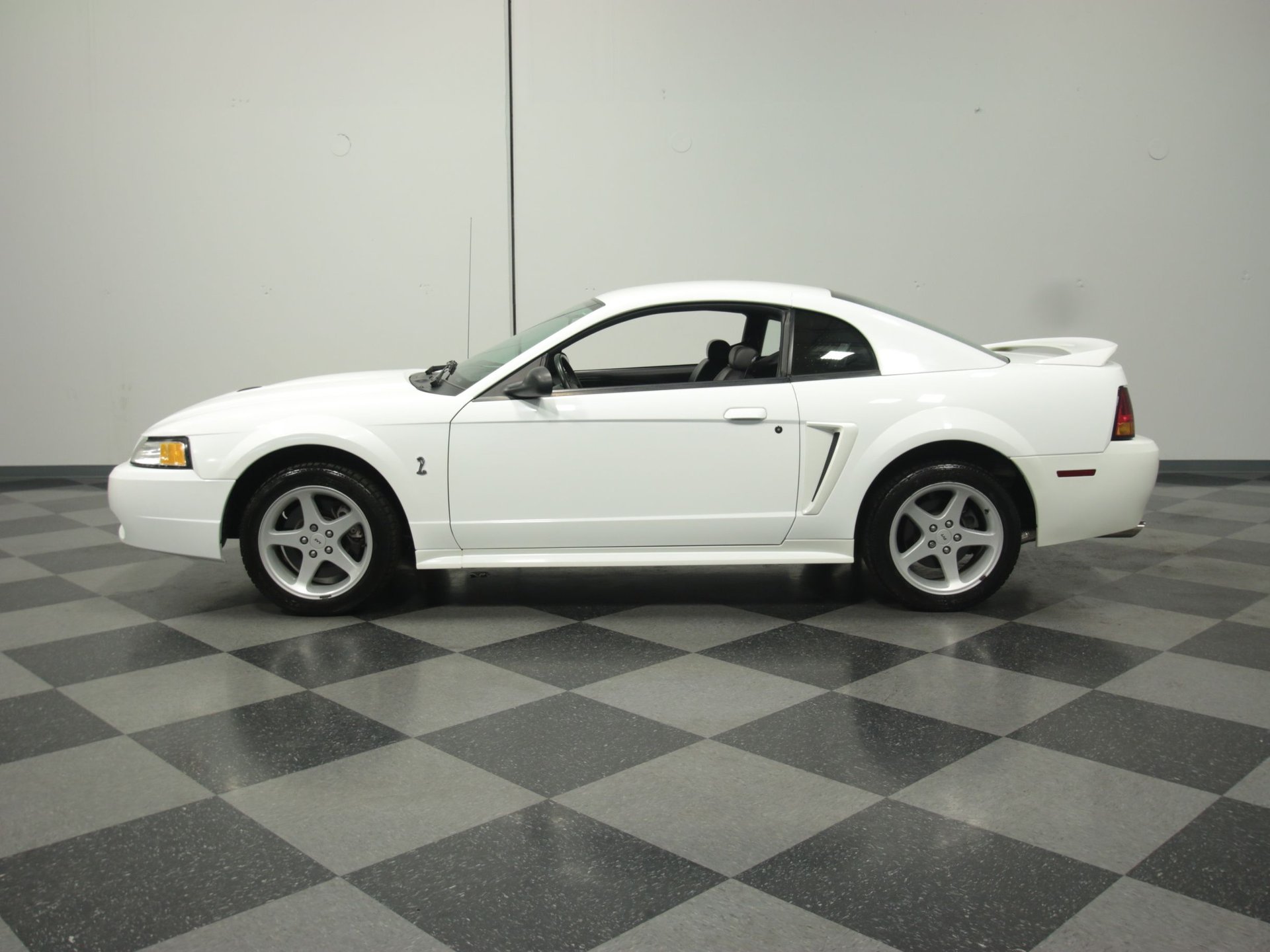