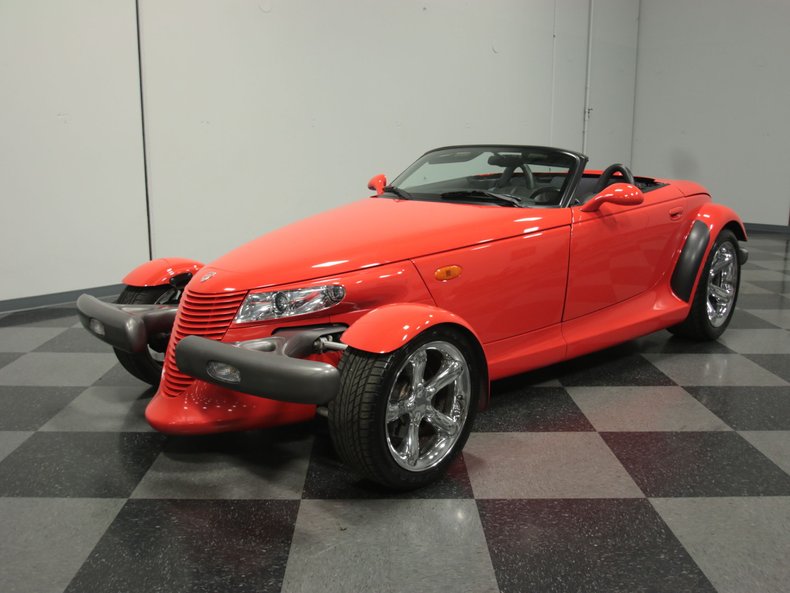 Some of the highest praise we can give a car is that it is "factory fresh." For some that means a high-quality restoration, but for others like this 1999 Plymouth Prowler, it's a testament to not only low mileage, but expert care as well. Completely stock and exceptionally clean, this is the one to put away for future generations.

Showing just 18,588 original miles, this bright red Prowler looks like it just came out of the wrapper. The arrival of new colors on the Prowler options list made red very popular, but in Prowler terms, even the most popular color remains rather rare with only 1383 being built. The rakish body still looks as arresting today as it did when it hit the streets more than fifteen years ago, and the look has aged as well as a real '32 Ford has, so nobody will mistake it for anything else. Fit and finish are quite good, better than most hot rods, in fact, and there's a certain appeal to having the OEM might of the entire Chrysler Corporation behind your 2-seat roadster. And having been owned from new by enthusiasts who kept it in shape, it shows only minimal signs of use and age; not perfect, but nice enough that you'll be eager for the next car show so you can show it off.

The charcoal leather interior is why no home-built rod will ever approach OEM levels. The fit and finish are quite good, but even more than that, the thing just feels right. The controls are where you'd expect them to be, no hidden switches or tricks only the builder knows. The row of gauges in the center of the dash was a retro touch, especially with the body-colored insert, and they all work properly, including the column-mounted tach. The HVAC system is powerful, the Infinity sound system sparkles, top up or top down, and the Auto-Stick 4-speed automatic transmission is actually a lot of fun. The seats might show some very minor stretching, but there are no splits or tears and the seating surfaces themselves are in great shape. There's not much trunk space, but you already know that this car isn't designed for family vacations.

Later Prowlers like this got a horsepower bump from the 3.5-liter 24-valve V6, from 214 horsepower to a rather stout 254 (bear in mind that a 1999 Mustang GT only made 260 with a V8). It's a smooth, unobtrusive powerplant that makes the Prowler a fantastic cruiser and very easy to live with, particularly with the decent fuel economy. Most guys don't race their hot rods, so this is a fine alternative with a tidy engine bay that's tightly packed, but everything can be serviced at your local Chrysler dealer. The front suspension is exposed and you'll never get tired of watching the cycle fenders follow the contours of the road, and the fully-independent rear suspension gives the Prowler real handling that live-axle hot rods can only envy. Power disc brakes with ABS, a growling exhaust system, and those giant 17- and 20-inch chrome alloys with low-profile performance rubber are all things that only an OEM could deliver.

Still as stunning to see as it was when it was new, this high-quality, low-mileage Prowler is a great choice if you like the look without the headaches of a hand-built hot rod. Call today! 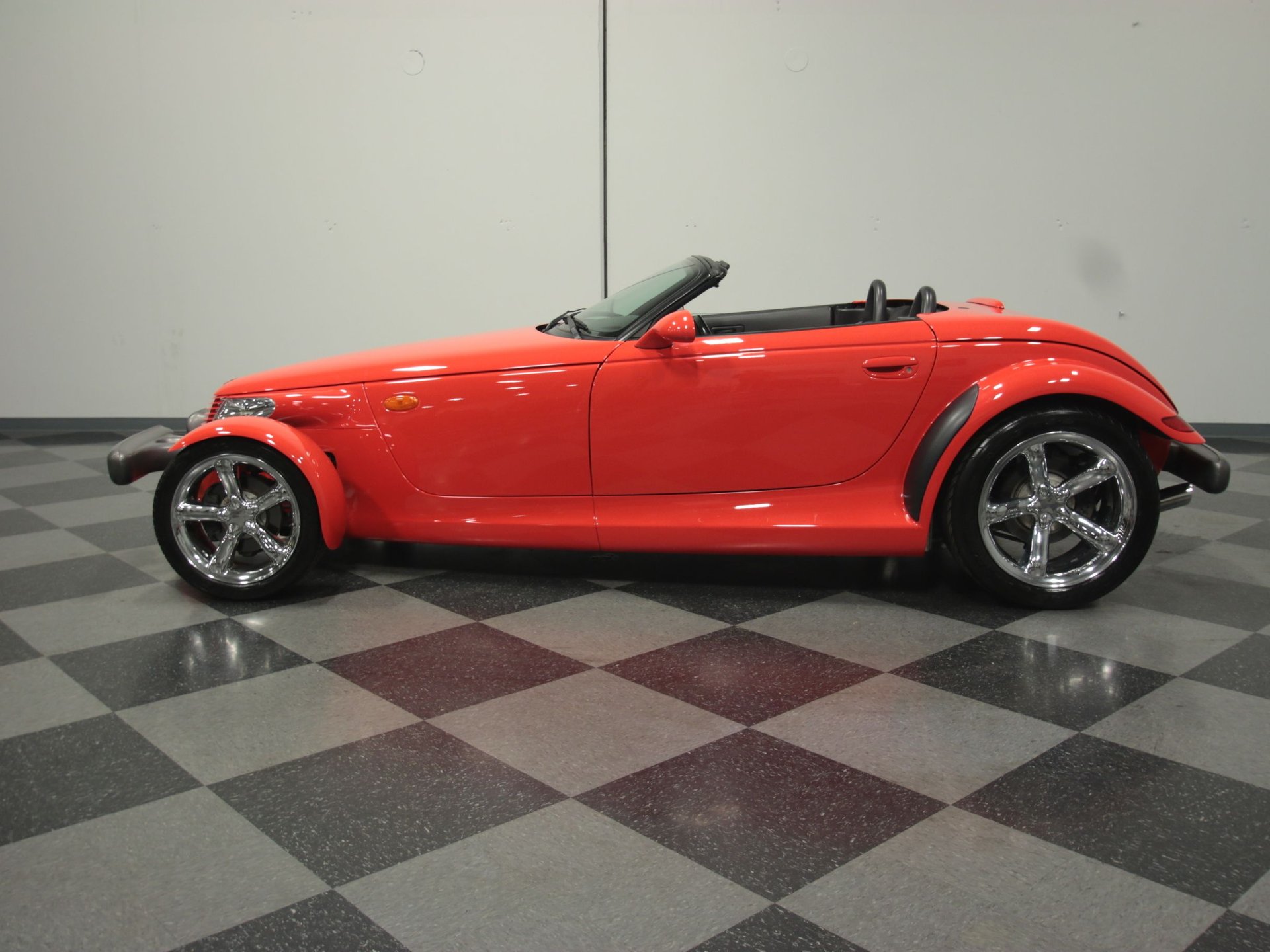