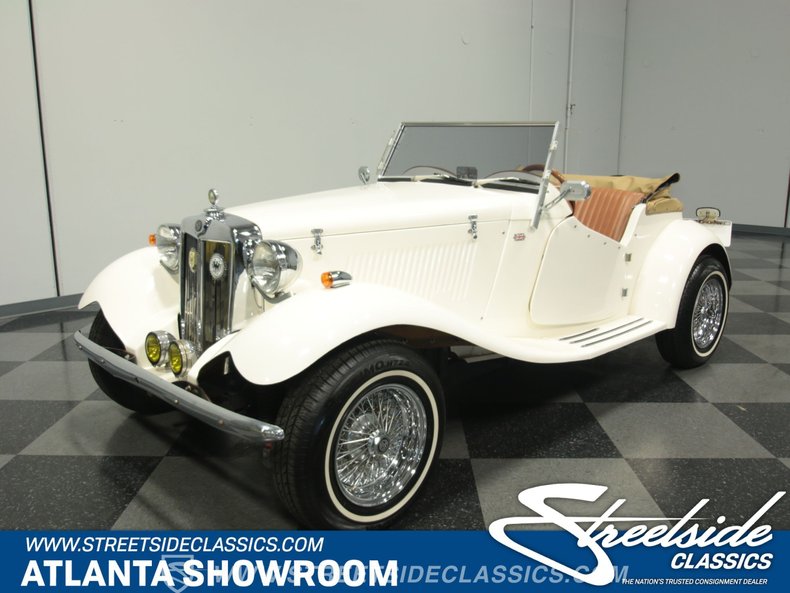 It's easy to understand why they built this handsome 1952 MG TD replica: it looks great! Originals were frequently neglected and abused, never mind their legendary finicky nature, so it was probably a smart idea to recreate the look in fiberglass and put reliable running gear underneath. Traditional British fun without the downside, what could be better?

This cream white TD has the right look, from the flowing fenders to the cut-down doors to the rear-mounted spare tire, it's going to fool a lot of people. Unlike a lot of replicas, this one nails the correct proportions and doesn't have that home-made look. Instead, it's nicely finished and very cleanly rendered, with nice paint that's been touched up over the years but still has a nice shine. They nailed the details, too, with a nicely shaped grille, bucket headlights, and running lights atop the front fenders, and you'll love the raked-back windshield. Simple bumpers, unique British-looking taillights, and the high-mounted license plate bracket all contribute to the old world vibe this car gives off, which is entirely the point. It's not perfect and it's probably ready to be called an antique in its own right, but for the price, you probably can't get more 2-seat fun.

The minimalist interior does a good impersonation of the original TD as well, starting with the seat. It's not quite buckets, and it's not quite a bench, instead it splits the lower cushion and puts the parking brake in the middle, which is exactly how the guys at MG were doing it, too. The wooden dashboard is probably far nicer than the MG piece, and it includes nice-looking vintage gauges that seem suitably British, too. The fat wood-rimmed steering wheel and modern steering column might give it away, but it feels right when you're hustling down the road in this open two-seater. Carpets on the floor are a bit plusher than the British were installing in their open cars but the door panels with their built-in map pockets get the look exactly right. There is no heater, no radio, but you didn't get those in your MG, either, so it's perfectly in line with this car's target audience. Overhead, you get a folding convertible top that's in good order with a few older repairs, and quite honestly, it probably works about as well as the MG's original top, too: for emergency use only!

There's some speculation about the powerplant, but rest assured it's not some VW Beetle concoction. No, the engine is up front where it belongs, and it sure looks like a 2.3 liter 4-cylinder, which was a popular engine for these types of builds back in the 70s and 80s. It's a tidy installation, with good service access and decent workmanship throughout. There's an upgraded carburetor, a powerful alternator, and tidy wiring, all of which suggest this was a car built to drive, and we have to admit that it has a nice little bark when you turn the key and fire it up. It's backed by a proper manual gearbox, while the front suspension offers rack-and-pinion steering and a rather sophisticated multi-link setup lives out back. The exhaust has a grumble that wouldn't be out of place on a real TD and we'll admit that those fat whitewall radials are a lot grippier than the MG's skinny bias-plys.

Not a show car, not a car for fooling MG purists, but if you like the look and the open-air experience, and don't mind having a little extra horsepower and fewer headaches, then this MG TD replica might be a smart choice. Call today! 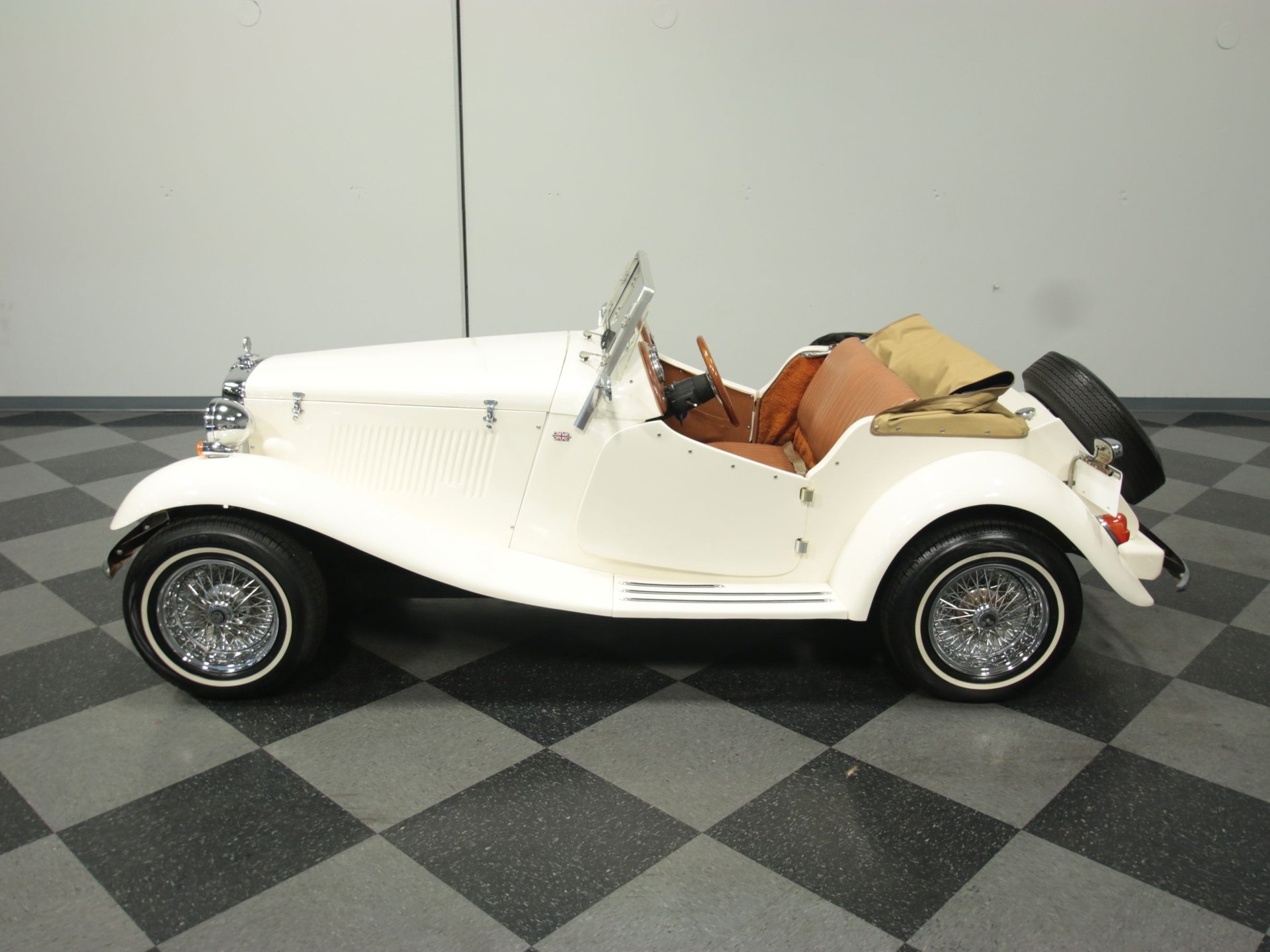