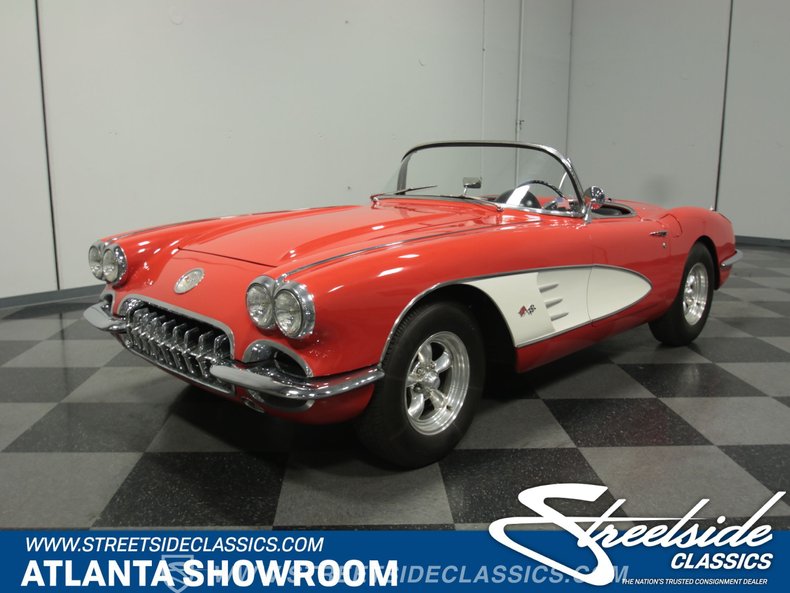 Chevrolet Corvette fans know that the 1959 Corvettes are special. All the right elements came together that year, with twin headlights up front, the contrasting side coves, and the rounded rear styling that just looks right on the early solid axle cars.

Which brings us to this handsome Roman Red roadster, which by all accounts is the archetypal early Corvette. They're idolized on TV, appear in ads, and generally make everyone yearn for a younger time in their lives. This one was restored about 13 years ago, but what that really means is that it's like you: seasoned and experienced. It's a car you can get in and drive anywhere and not fret about someone brushing up against priceless paint. The Roman Red and Snowcrest White combination is classic and still shines up nicely, with just a bit of patina that works well with the overall vibe, and if you want to take it up a level, it's only a deep cleaning away from being really impressive. Gaps are about what you got from GM in 1959, but nobody will be looking at them anyway, they'll be listening for the rumble of the V8. And the chrome is decent overall, with that shiny grille and just enough body jewelry to remind you that this car was built in the fabulous fifties. If there's a more American car than this, I can't imagine what it might be.

The black interior looks fantastic thanks to a quality restoration a few years ago and careful use ever since. The seat covers are reproductions that use the same durable vinyl the originals used, and with fresh black carpets, there's no sign of the usual sun bleaching that open cars inevitably experience. The black dash looks very businesslike in its formal wear, and the instruments stand out in bright contrast, particularly the domed speedometer and factory tach right above the steering column (which, sadly, isn't working due to the engine swap). Obviously inspired by European sports cars of the period, the three-spoke steering wheel has a grippy outer covering and the shifter falls easily to hand for a quick shift or just to rest your hand. A modern AM/FM/cassette stereo has been fitted in the dash, but that's just about the only notable deviation from stock and the car's all the better for it. A white top is there for emergencies and you'll learn to raise and lower it in an instant, because the Corvette is all about instant fun.

One thing Corvettes have [almost] always had going for them is a cackling V8 soundtrack, and the snappy 327 under the forward-tilting hood of this '59 certainly delivers. Despite being a 1968 casting, it appears fairly stock, from the Quadrajet carb up top to the stock exhaust manifolds, but what that really means is that it's as reliable as a hammer, so don't be afraid to use it. It's got the right parts, including the chrome air cleaner and valve covers, and it still spins an original generator to make juice. It's backed by a 4-speed manual transmission, which really is the only way to truly enjoy an open Corvette. A reproduction dual exhaust gives it just the right cackle and holy cow is that chassis clean! It probably hasn't seen rain since the restoration was completed! Flashy Torque Thrust wheels aren't necessarily correct but you can't argue with how they look, especially wrapped in fat 215/75/15 front and 255/75/15 rear blackwall radials.

If you've been looking for just the right blend of casual style and timeless performance, perhaps this Corvette is what you've been seeking. Give us a call today! 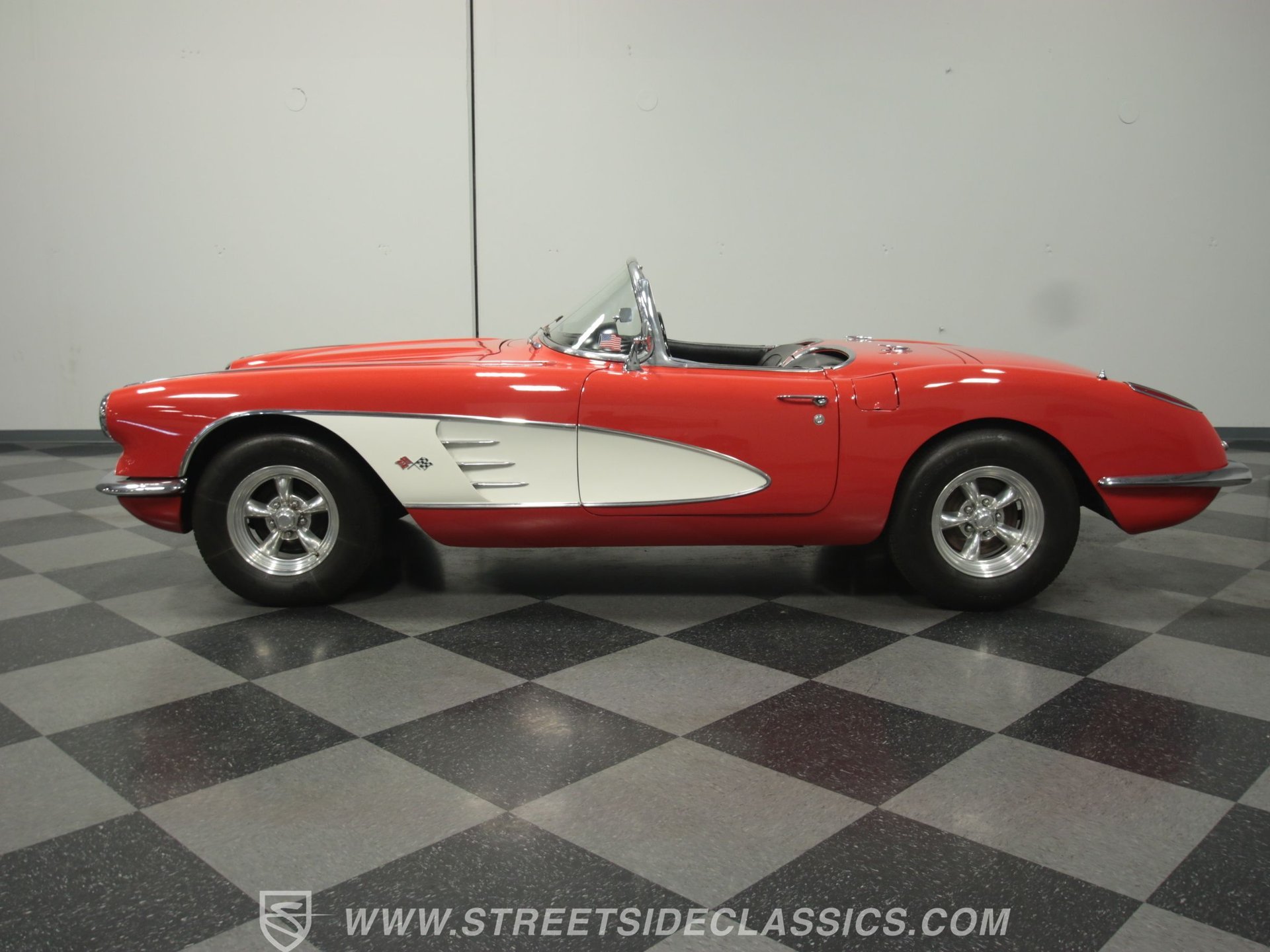