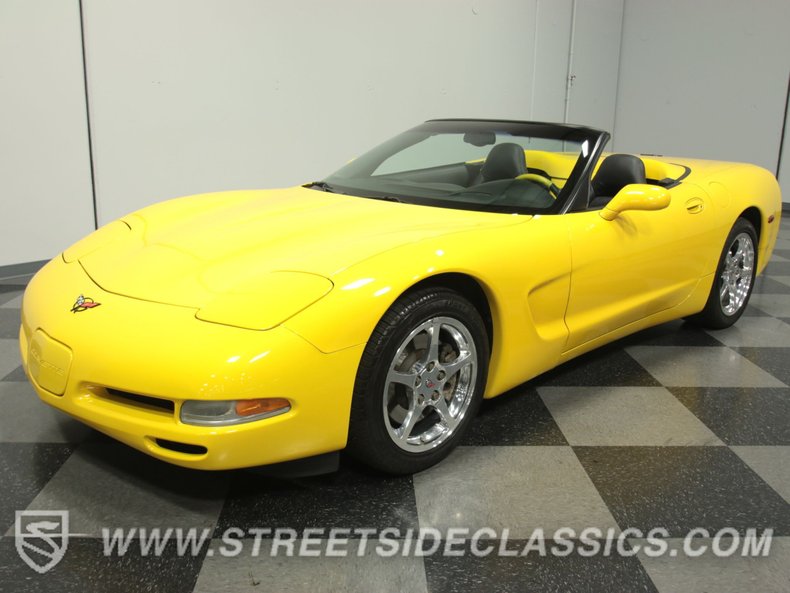 The C5 Corvette was a massive step forward for the legendary fiberglass sports car, and if you haven't driven one, you don't know just how good they are. This brilliant 2002 Corvette convertible shows just 44,238 original miles, and represents what might very well be the biggest performance bang for your buck anywhere.

Finished in bright Millennium Yellow, this car isn't perfect, but still gleams in the showroom and draws eyes like a magnet, which is true of most late-model Corvettes that have been cherished by dedicated owners. It has been driven enough to keep everything in top condition mechanically and thanks to conscientious maintenance and a lifetime of being a "second" car, the paint still shows well. The bodywork is in good order, and thanks to the plastic construction, dents and rust are a non-issue. There are almost no scuffs on the chin, no major sandblasting of the rocker panels by the tires, and certainly no marks from parking lot mishaps. Millennium Yellow is a natural on the curvy C5 bodywork and if you want to have fun in the sun, there aren't many better ways to do it. Go ahead, take another look at it; the C5 is aging rather well, don't you think?

This car's interior is every bit as nice and with the C5s, GM included most everything that you'd want as standard equipment. However, you're in luck, because this car includes the desirable optional sport seats, which were a big upgrade over the standard pancake-flat buckets. There's some very, very slight wear on the driver's seat, but overall the interior is as well-preserved as the bodywork. You'll never get tired of watching the gauges do their dance every time you start the engine, and there's tons of useful data to be gleaned from the driver information center in the middle of the cluster. This car also offers options like dual zone climate control, Bose AM/FM/CD stereo system, power windows, locks, mirrors, and seats, among others. Everything works as it should, as one would expect from such a well-preserved piece. Even the trunk is pretty much like new with a custom embroidered mat that makes it look almost too nice for your suitcases. There's also a snug-fitting black canvas convertible top with a glass rear window, and with a little practice, you'll be able to stow it in a few seconds while waiting at a red light. There's never a wrong time to put the top down!

The C5's LS1 V8 was another huge step forward. With 350 horsepower in 2002, it was a formidable performer, yet it could still pull down 25 MPG on the highway, something few other cars could match. The LS1 also introduced a plastic intake manifold to control heat and noise, distributor-less ignition, and a sophisticated fuel system, all stashed under handsome removable covers with CORVETTE emblazoned on their surface. The standard transmission was a 4-speed automatic as in this one, which also has the standard 2.73 gear ratio in the rear end, so it's an effortless high-speed cruiser. The engine runs quite well and has not been modified (not even an air filter upgrade) so it will be as reliable as an anvil for years to come. Even the undercarriage is tidy, with few signs of use and never any winter weather or other notable issues. Optional polished forged aluminum wheels wear staggered Michelin radials in the stock sizes so there are no clearance issues but the ride is much improved over the original run-flat Goodyears.

If you're looking for a clean C5 ragtop, they don't come better than this and it's shocking that this much performance is available for so little cash. Call today! 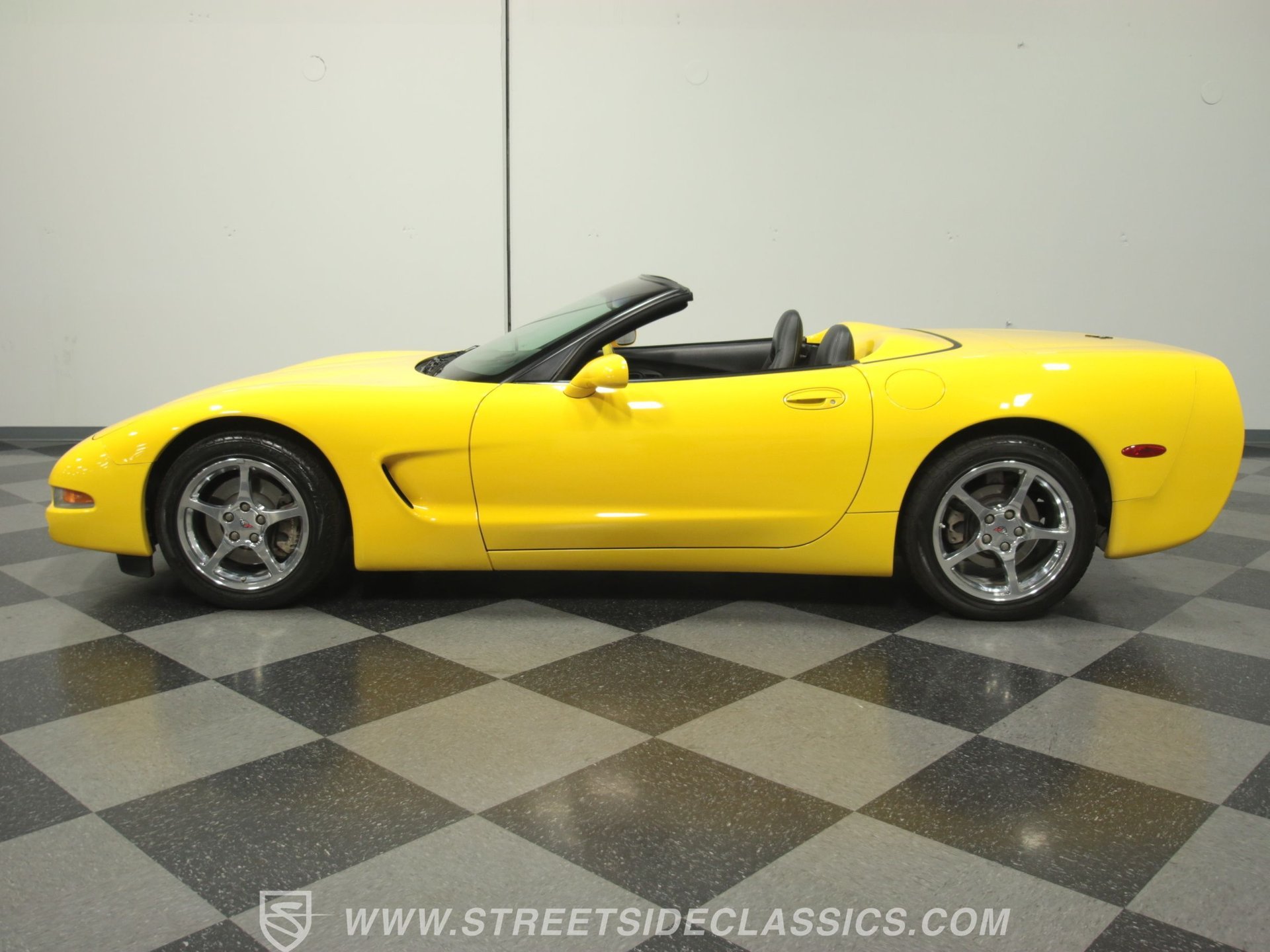