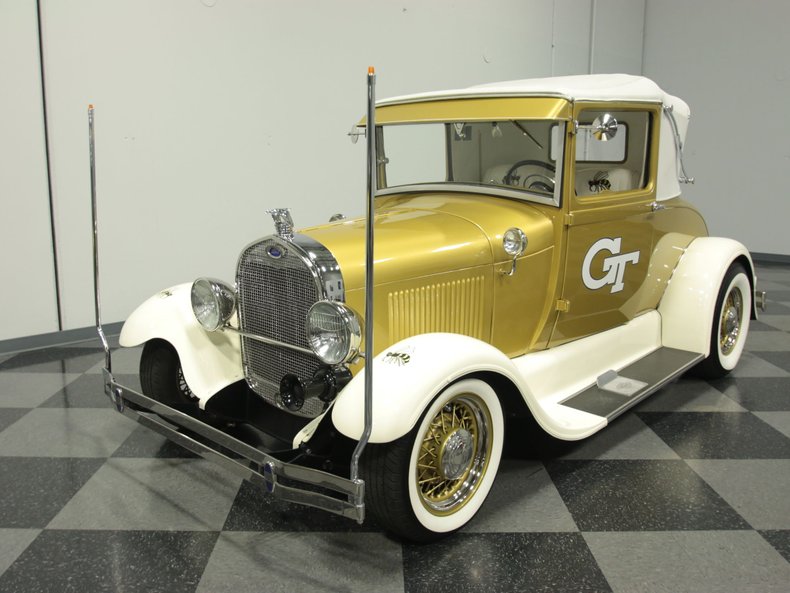 For most of you, this neat little 1929 Ford Model A sport coupe might be a little puzzling, but if you're an alumni of Georgia Tech (hence the "GT" on the doors), then you know EXACTLY what this is: a fantastic replica of the "Ramblin' Wreck." Full of tradition and ideal for the Georgia Tech fan heading off to homecoming, it's a piece of history that you can drive. Oh, and it's a lot of fun, too!

There's a lot of history behind the Ramblin' Wreck, and the short version is that it dates to 1927 when a 1914 Model T was referred to as the "Rambling Wreck" in the campus newspaper. In 1929, an annual parade of mechanical monstrosities started, called the Rambling Wreck parade, and by the 1950s, even the school officials decided that they needed an official car to be called the Rambling Wreck. A 1930 Ford sport coupe was located and the rest, as they say, is history. This 1929 coupe isn't an exact replica, but it's pretty darned close. The gold and white paint scheme is correct and the sport coupe body style, complete with its cloth roof and landau irons is exactly right. Finish quality is about right for a vehicle that's going to get the vehicular equivalent of a bunch of "high-fives" at parades and other gatherings, and it looks pretty darned good. A few tasteful modifications such as a dropped headlight bar, those towering flag poles on the ends of the front bumper, and a Yellow Jacket mascot on the rear-mounted spare are all very welcome here. Like I said, if you know what it is, you're going to love the way it looks.

The white vinyl interior is done in traditional 1960s pleated patterns that will take everyone back to the early days of hot rodding, regardless of whether you're a Georgia Tech fan. It's fitted with a tilt steering column so it's easy to get comfortable in the compact Model A, as well as a full array of elegant-looking Classic Instruments gauges in an engine-turned panel. It's also got such niceties as A/C and an AM/FM/CD stereo system. It shows some minor signs of age, but again, it's just right for a vehicle designed to play hard in a crowd and everyone's going to love the Yellow Jacket mascot embroidered on the seat backs. There's a flip-up curtain in back so you can converse with folks in the rumble seat, which is also finished in pleated white vinyl.

Reliability, not raw performance, was the goal, and with that in mind, this Model A got a 2.8 liter GM V6 engine, which is an easy fit in the Model A's engine bay. Borrowed from a Chevy S10 pickup, it's one of the most reliable powerplants known and with throttle-body fuel injection, it starts quickly and idles well, even when it's hot. No more embarrassing issues during a parade! There's a big radiator up front along with an electric fan, which is always reassuring, and the workmanship throughout is quite professional. It's backed by the S10's 3-speed automatic transmission and a familiar Ford 9-inch rear end, so it'll run at modern highway speeds, and the whole thing has only 4744 miles, so you know it hasn't been abused. Dual exhaust gives the V6 a nice little bark and it's been fitted with an A-arm front suspension, rack-and-pinion steering, and disc brakes to make it very user-friendly. 15-inch wire wheels were painted gold to match the body and carry staggered 185/65/15 front and 255/70/15 rear whitewall radials for a proper old-school hot rod look.

No, it's not for everyone, we know that. But for a select few, this is a special vehicle that represents a ton of history and fun all in a well-sorted, tidy, and very affordable package. Call today! 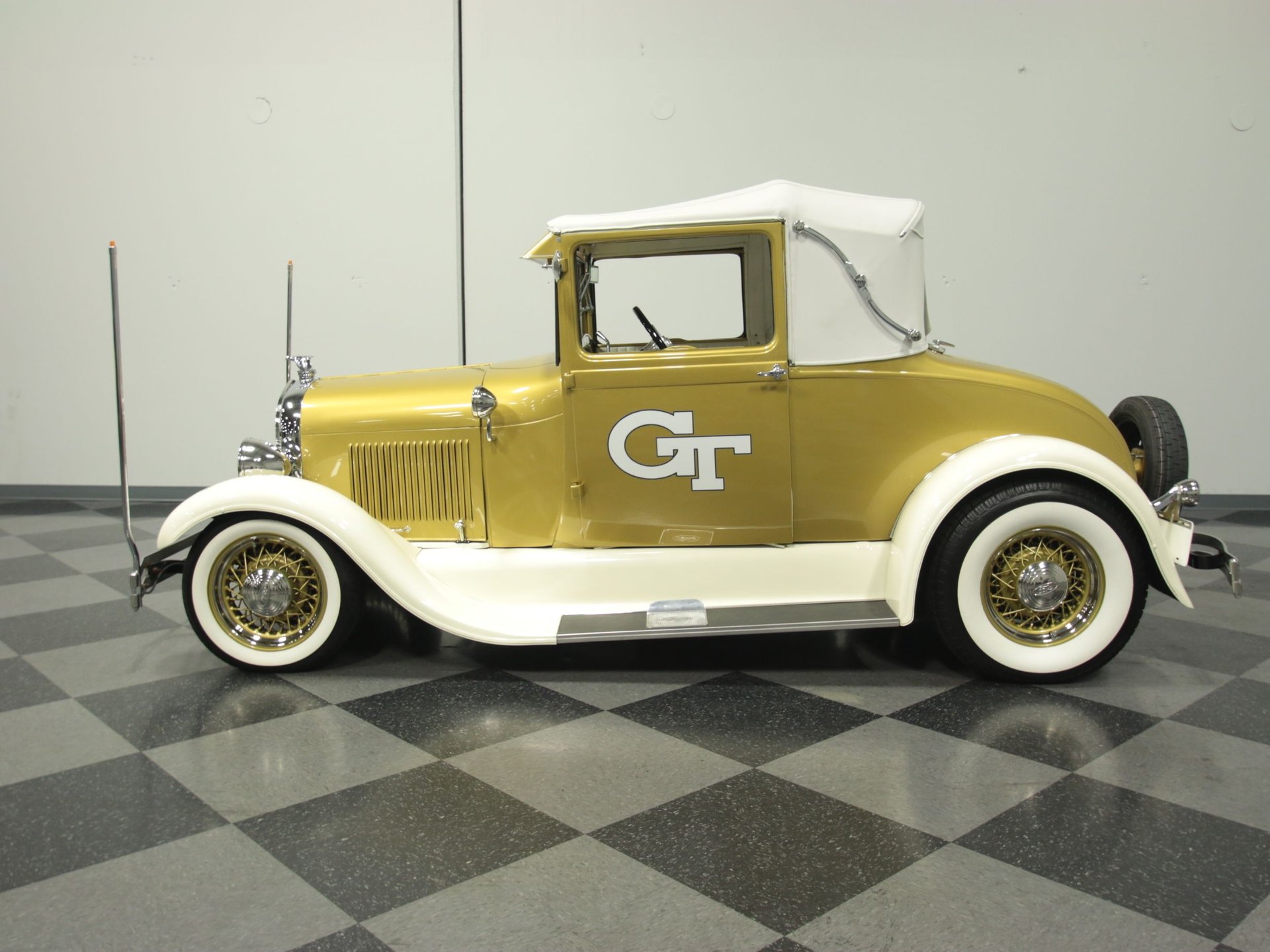