×
back
1975 Pontiac Firebird Trans AM Supercharged 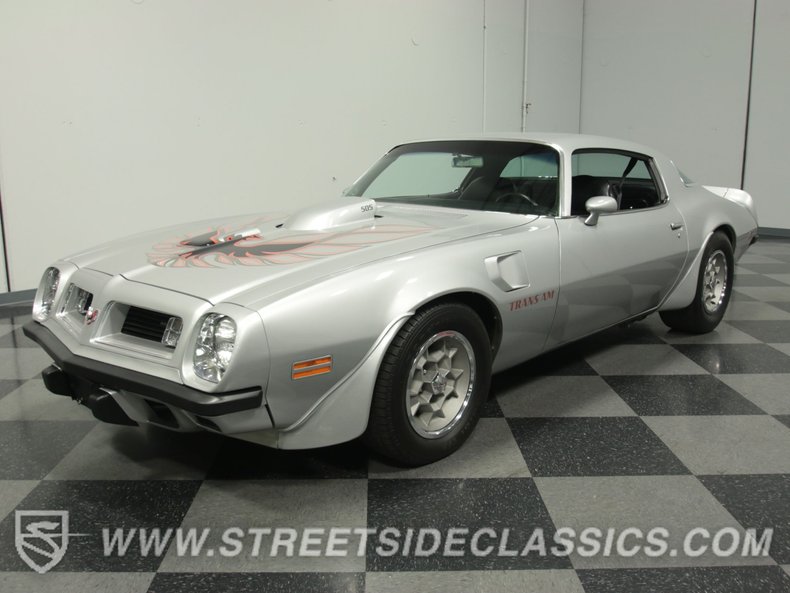 What do you do when you have what is arguably the best-looking F-body of the '70s, but it's saddled with a wheezing, smog-choked 1970s motor? You build a car like this 1975 Pontiac Trans Am, which is not only beautifully restored, but backs a thundering 505 cubic inch SUPERCHARGED engine that makes this one of the most fearsome Ponchos we've ever featured.

We'll get to the hardware in a moment, but let's have a look at this handsome silver Trans Am's beautiful cosmetics first. The horsepower wars had all but ended in 1975, but the TA still looked the part, with an aggressive front fascia, hood scoop, and a ducktail spoiler out back. This one has been restored in its original Sterling Silver color, including the handsome black and red decals, and the sophisticated look predates the excesses that would come just a few years later. Yes, it's flashy and gets noticed, but nobody's laughing at this Trans Am. Finish quality is excellent, with a deep shine on the two-stage urethane paint, excellent panel gaps, and even things like the urethane bumper caps remain in very good condition. There are excellent details throughout, ranging from the '505' on the hood scoop, supplanting the original '6.6 LITRE' emblems, to the twin tailpipes out back that bark out a song no 1975 Pontiac ever imagined owning. Someone spent a ton of money here and it shows.

The interior is equally nice and continues the stock vibe with factory bucket seats wearing black vinyl upholstery. There are a few scuffs on the outer edge of the driver's seat back, which isn't surprising, but the rest looks quite fresh, particularly the carpets which are surely brand new. Most of the instrumentation is factory-issue as well, all set into that lovely engine-turned dash panel that became a Trans Am staple for many years. The shifter will probably attract some attention, and it's linked to a 5-speed manual gearbox, which transforms this big cruiser from boulevardier to lethal weapon on the street. There's also functional A/C, which you wouldn't expect from a car as radically modified as this one has been, but what a great perk. There's also an Auto Meter digital Pro Shift system controller in the dash and the glove box holds the MSD boost control, but those are small details few onlookers will notice. The trunk is in good order and yes, that's a big nitrous bottle just in case the blown big block isn't potent enough.

It's a 455 cubic inch Pontiac V8 punched out to 505 cubic inches, and if that wasn't enough, they fitted a Paxton Novi 2000 supercharger to keep it fed. Ported Edelbrock heads, an Ohio Crankshaft rotating assembly, and a Quick Fuel carburetor are all important parts of a supercharged engine like this, and despite the towering horsepower and torque figures, it remains quite streetable. Lots of chrome and polished aluminum dress-up means that you'll be popping the hood every chance you get and the sucker certainly looks built for combat. The Tremec 5-speed doesn't even flinch at the horsepower running through it, and for durability, there's a reinforced Ford 9-inch rear with 3.89 gears inside. Hotchkis suspension parts lower it about two inches and the tub has been beefed up with a set of subframe connectors, which are probably mandatory with this much power on tap. Factory honeycomb wheels are beautifully restored, but they've got a few tricks, too, because they've been professionally widened to handle the oversized Nitto street slicks tucked in back.

With fewer than 2000 miles on the build, this is one incredible Pontiac. If a brightly painted Trans Am covered in war paint can be considered a sleeper, this is it, because it's beautifully done yet frighteningly fast. Call today! 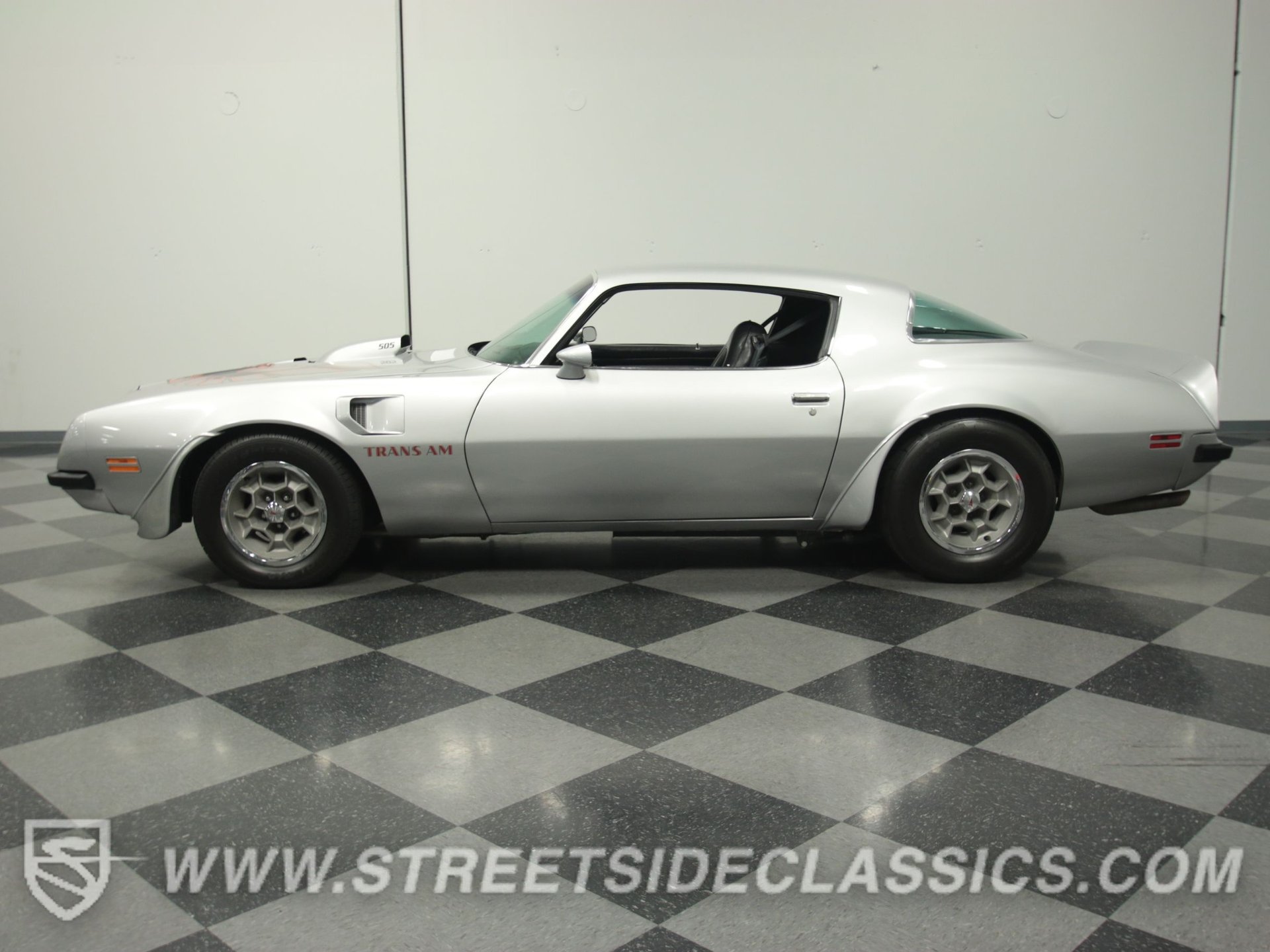