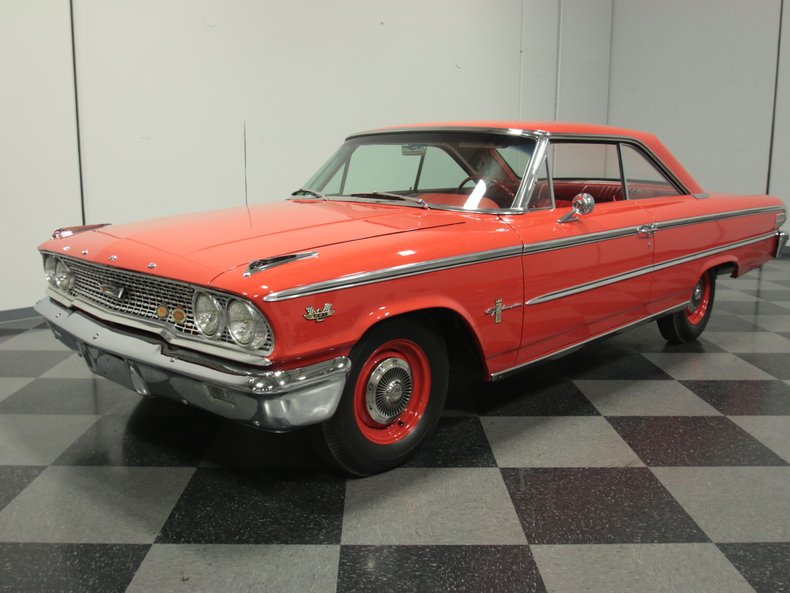 What you're seeing here is Ford's answer to the Super Duty Pontiacs, the industrial-strength Mopars, and the 409 Chevy. This 1963 Galaxie 500 hardtop is quite simply Ford's finest example of the "Gentleman's Express," a car that's both elegant and as brutal as a hammer strike. The Q-code meant 427 cubic inches, a 4-barrel carburetor, 410 horsepower, and with an exhaust note straight out of Valhalla, it also means that people sit up and take notice when this machine arrives.

The Q-code 427 was a mid-year replacement for the 406, bumping right up against the NASCAR engine displacement limit, which was surely intentional. Bright code J Rangoon Red is this car's original color, and that's really the only color it could possibly be now that it's been given a serious horsepower injection. Of course, as a national prize winner, you know they spent some extra time block sanding the bodywork to make sure its straight, and with that spectacular paint job this car is 100% extrovert. It just stands out in a crowd like a heavyweight boxer at the opera. Finish quality is excellent, with doors that fit right and great gaps all around, all indications of a prizewinner that has only been to the show field but never used regularly. Plenty of jewelry helps the upscale Galaxie look the part of Ford's top-of-the-line machine, including the streamlined fender ornaments and none-too-subtle 427 badges. And I'm still convinced that Ford had the right idea with their taillights looking like jet exhaust, particularly on a car that can accelerate like this one does.

The red interior is really the only choice in a bright red luxury liner, and it has been restored with new seat covers, fresh carpets, and a restored dash. A bench seat with a 4-speed is how it came originally and delivers the brute-force performance in a no-frills way that suggests the guy who originally ordered this car had his priorities in order. The gauges cover the basics, but there are no give-aways like a column-mounted tach or under-dash gauges, keeping this car strictly 1963. A correct shifter (they're not reproduced) manages the 4-speed manual gearbox and you know you're hardcore when you spec manual steering and brakes in your street sweeper. The original AM radio is still in the dash, but who cares if it works? You'll never use it after you hear the exhaust note. And yes, the trunk is truly massive, carrying its spare way up front, but remember that it also helps plant the rear tires and you're going to need all the help you can get in that department.

The engine is the original 427 cubic inch mill that was rebuilt 27 miles ago (yes, twenty-seven). But this is no garden-variety 427; no, it's been rebuilt to its original 410-horsepower spec complete with solid lifters, fresh flat-top pistons, and that big 4-barrel carburetor up top. The engine bay sparkles with that highly-detailed look that only show-quality cars can offer, with every part showing exactly the right finish, right down to the original cast iron exhaust manifolds. Everything around the engine is new, too, from the belts and hoses to the ignition system, and it exhales into a rumbling dual exhaust that sounds threatening even at idle. The 4-speed manual feeds a 9-inch rear with 3.50 gears inside, so you don't have to worry about breakage and it's still street-friendly. The chassis is likewise detailed for show, demonstrating only use going on and off a trailer on its way to collecting those big awards around the country. And as the perfect finishing touch, there are plain-Jane steelies with dog dish hubcaps and proper 6.70-15 Firestone bias-ply blackwalls for a truly industrial look.

Fast and brutal, this is one heck of a find for Ford fans. With it you can intimidate lesser cars without even starting the engine, and it's one piece of muscle that truly delivers on the promises its looks make. Call today! 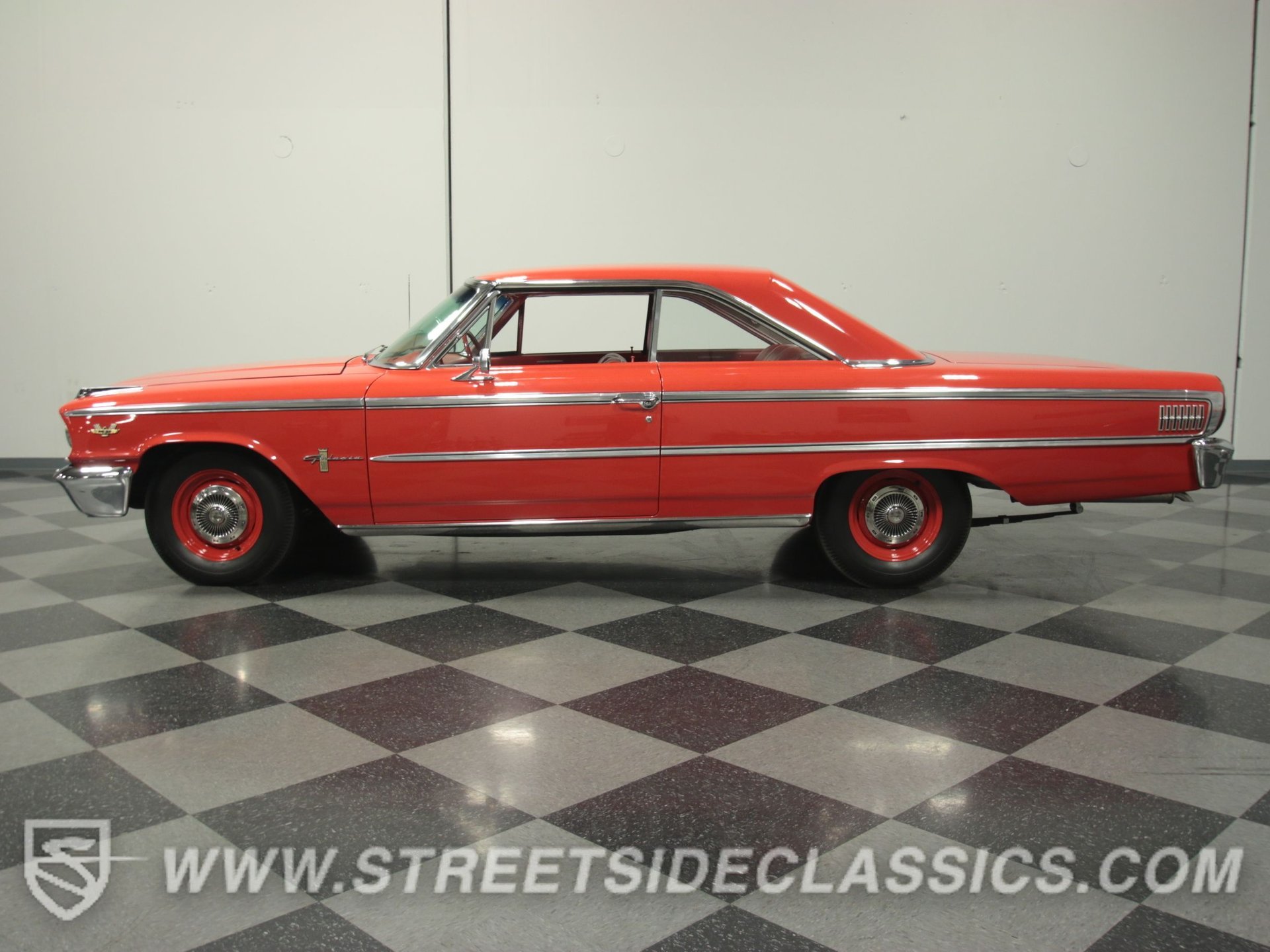