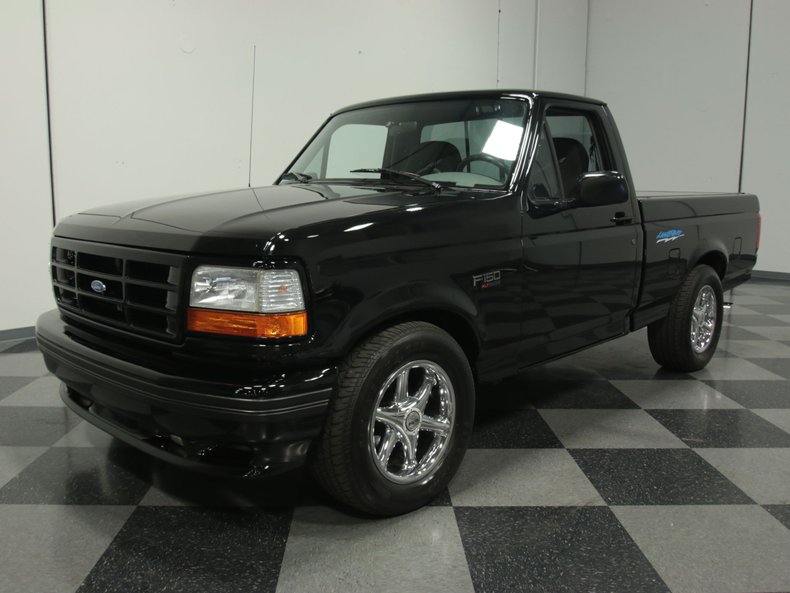 Everybody scoffed at the idea of a high-performance pickup truck when this 1994 Ford F150 Lightning was built, but today muscular trucks are a regular sight on our streets. The one that started it all is now an appealing collectors' item and this low-mileage Lightning packs a little extra firepower just so nobody thinks it's getting old.

The odometer shows 36,926 original miles, and that's the right number, because this Lightning is absolutely spotless. You could get your Lightning in black, red, or white, with a vast majority choosing black simply because, well, if you're going to have the baddest pickup on the block, it should look the part. The black paint is factory-applied and more than 20 years old, yet shines up beautifully and shows little use. Ford dipped everything on the truck in the same inky black vat, including the bumpers, grille, and mirrors, so there's nothing shiny about it, and all that dark trim is equally nice. Lightning badges and a subtle chin spoiler were the only real indicators that this was something special, which was just how the SVT guys liked it back in the day. For practicality's sake, this one does sport a drop-in bed liner as well as a hard-shell tonneau cover, effectively making for a 4-by-6 foot trunk. There's also a custom rear roll pan that gives is a smooth look from behind, which is really the only view most folks will get.

The interior got a big upgrade over the standard F150 guts, starting with those comfortable cloth bucket seats. Grippy yet comfortable for all-day drives, they offer power lumbar support and just enough side bolstering to handle the corners. There's an extra-wide center console that offers plenty of storage and just about every option on the F150 was standard on the Lightning: A/C, power windows and locks, a full array of instruments, cruise control, and even a tilt steering column. The speedometer reads to 120 and this truck will probably use most of that, unheard-of for something with the profile of a barn and a 6-foot bed on the back. The original AM/FM/cassette stereo is still in the dash, and there's a trio of auxiliary gauges underneath, and we'll tell you why you're going to need them in a moment.

The Lightning's original engine was a reworked version of Ford's 5.8-liter V8 (that's a 351W to us old-school guys) with heads and intake very similar to the GT-40 setup used on the Mustang Cobra. But this truck now carries a 408 cubic inch stroker version of the same powerplant, invisibly adding cubes. It's also got a Comp Cams roller camshaft, an Eagle rotating assembly, and a full roller valvetrain. Better still, all the usual 5.0 bolt-ons work just as well here, so they've bolted on a PowerDyne supercharger to really make things crazy. It starts easily and runs surprisingly smoothly, with a bottomless well of torque that threatens to overwhelm the tires at almost any speed. It's linked to a quick-shifting AOD 4-speed automatic transmission that makes this brute surprisingly easy to manage. Custom stainless headers dump into a fabricated exhaust system with a high-flow catalytic converter and twin mufflers that sound spectacular. The underside is incredibly clean and still mostly stock, so it rides and handles quite well. Those wheels are 17-inch Antera hoops that have been chromed and wrapped in 275/60/17 Firestone radials.

Documented with a dyno sheet, maintenance records and receipts, and the original window sticker, this is a no-stories Lightning that packs enough power to make any muscle car look a little soft. Call today! 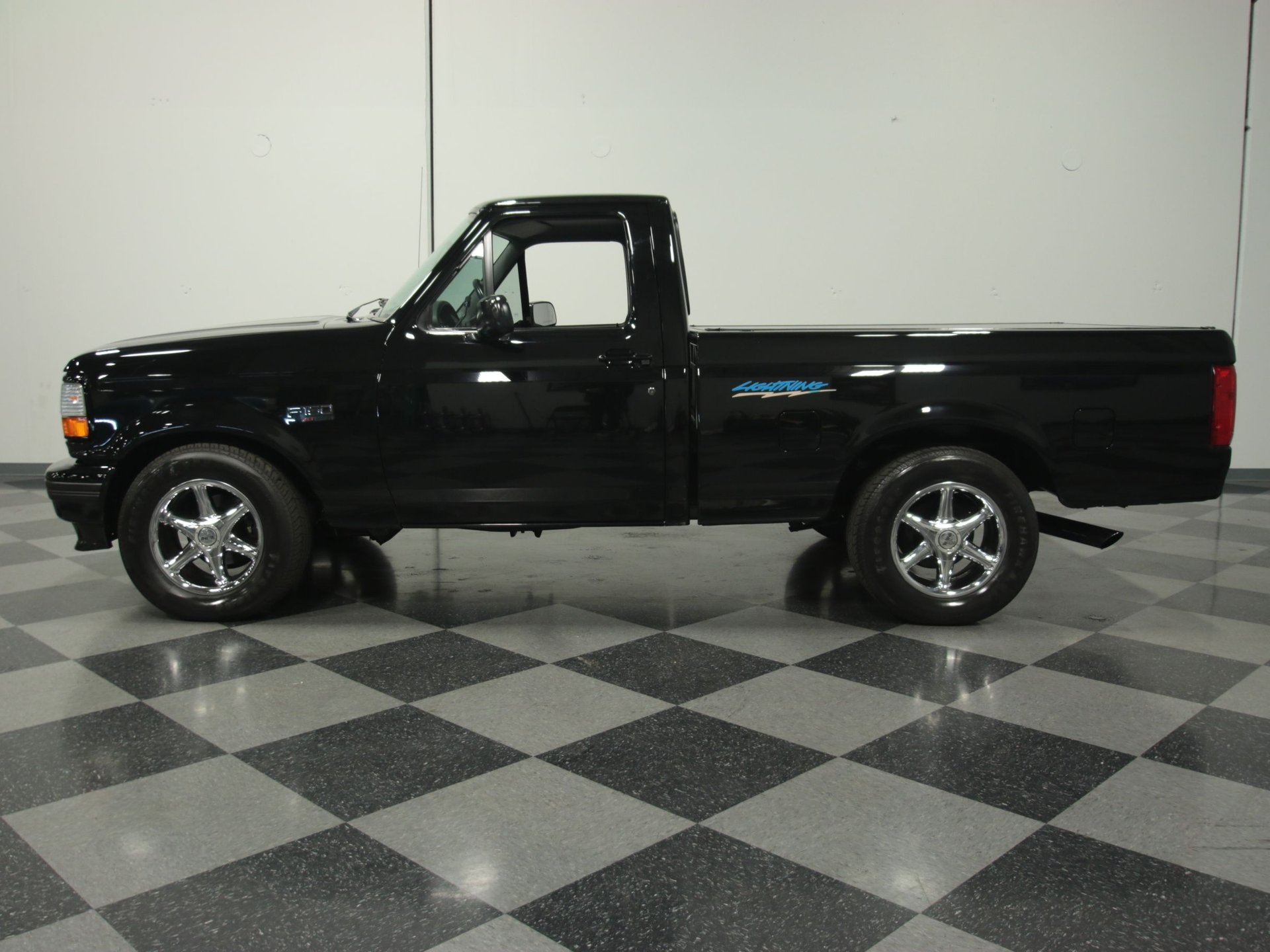