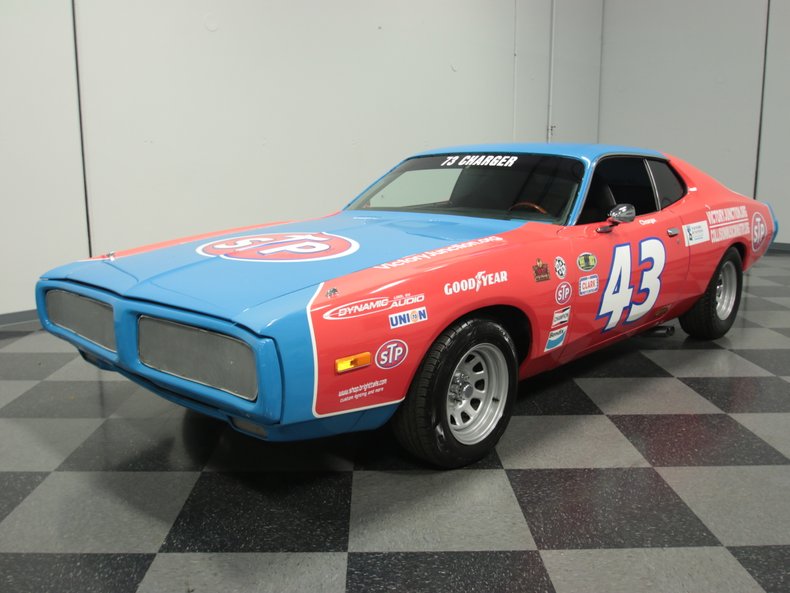 So you've got that buddy who claims to be the biggest NASCAR fan in the world? The one with a basement full of signs, posters, hats, and other memorabilia? Well, if you want some NASCAR memorabilia you can drive, one that ties directly to the glory days of stock car racing, as well as one of its greatest stars, this very cool 1973 Dodge Charger is for you.

Yes, number 43 is irrevocably tied to The King, Richard Petty. This cool Charger is a pretty good facsimile of Petty's 1973 livery, and it's street legal so don't be afraid to use it as intended. From the screens over the grille openings to the side exhaust to the Petty Blue paint, this car definitely has the right look. It attracts an unbelievable amount of attention everywhere it goes and with the big number 43 on the doors, almost everyone knows whose car it is. Paint and bodywork are par for what you'd expect from a NASCAR stocker, straight but not perfect, and maybe with a few battle scars that were earned the hard way. Fortunately, this one has doors that open, so you don't have to shove yourself through the windows, as well as a functional trunk and all its marker lights for safety. This is cool, there's no denying it.

There's good news inside where instead of race car basic, it's beautifully restored and fitted with lots of upgrades that make it a pleasure to drive. Most notable are those high-back bucket seats that are a lot more supportive than the original slippery buckets and they look right at home in the sleek Charger. New carpets, a woodgrained steering wheel, and a B&M shifter on the floor help with the upscale performance image. The dash has been painted Petty Blue and all the original gauges remain intact and functional. A custom center console houses a modern JVC AM/FM/CD stereo head unit and the rear seat has been replaced with two 12-inch subwoofers and a pair of amplifiers in custom enclosures. Sharp-eyed viewers will note that there are signatures all over the place, including those of Richard Petty, Kyle Petty, Darrel Waltrip, and many others, so you know this car's got some history. The trunk is functional but not fully finished, including only basic rubber mats as well as a lot more Petty Blue paint.

This car was built to show as well as go, so there's a 318 cubic inch V8 under the hood that does a good job of making the Charger entertaining to drive without being too obnoxious about it (this car is all about the look, after all). It's neatly detailed with corporate blue engine enamel, silver valve covers and air cleaner, and nicely finished inner fenders and firewall. Edelbrock supplied the 4-barrel carburetor and intake manifold and there are a lot of recent parts, including the alternator and power brake booster. Long-tube headers feed a wicked-sounding exhaust system with race-style mufflers and both pipes exiting ahead of the left rear wheel. The TorqueFlite 3-speed automatic transmission makes this car easy to drive and it's still got relatively tall gears out back, so it's an easy cruiser. The floors are clean and the 15-inch steel wheels painted silver and wrapped in 225/60/15 blackwall radials give it the right NASCAR profile.

The ultimate fan tribute? The perfect car to take to the next race? Garage art to beat all others? Whatever you do with it, this cool Charger is all about fun. Call today! 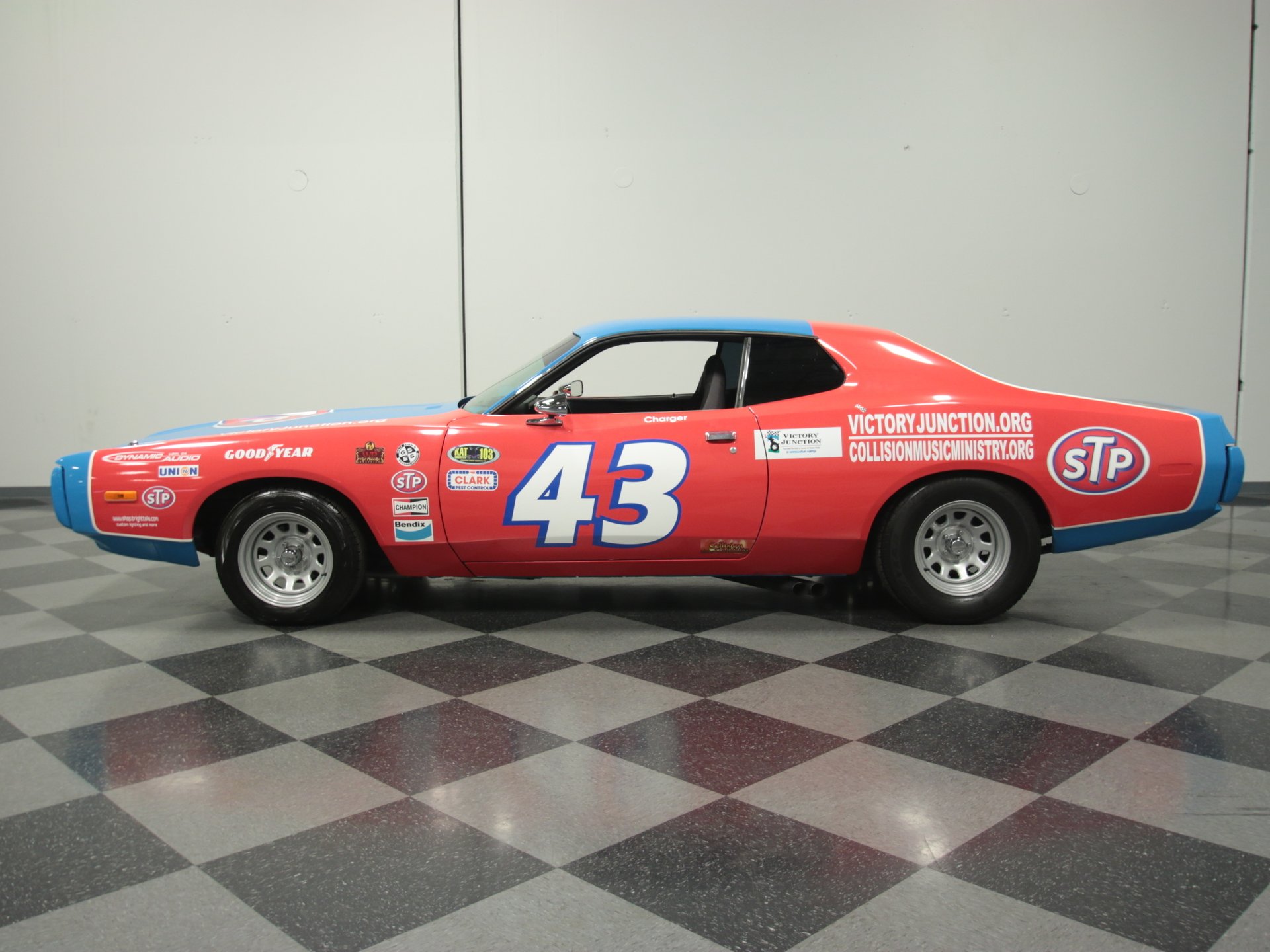