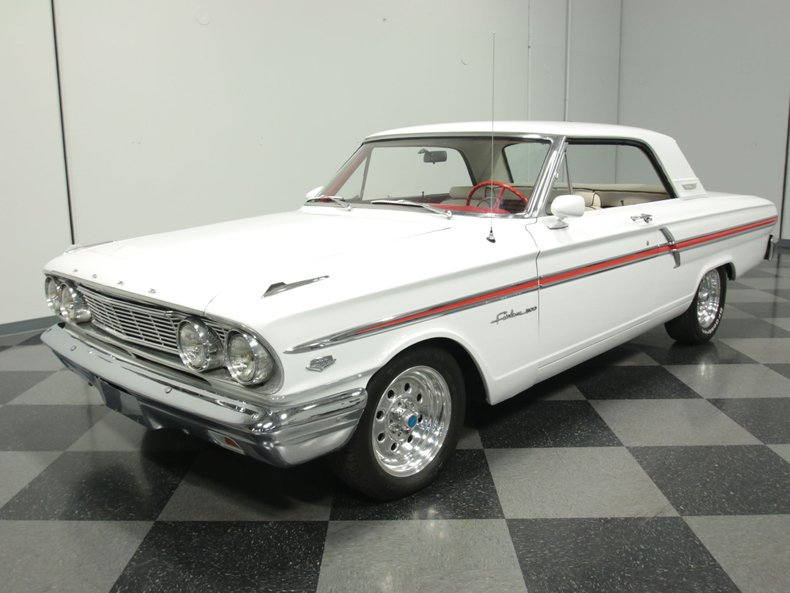 In the days before the Mustang and before the term "muscle car" had even been coined, cars like this 1964 Ford Fairlane hardtop were the go-to choices for the guy who liked having fun behind the wheel. Combining classic Ford looks with a snarky 289 cubic inch V8, it's a fun, affordable way to enjoy traditional rear-wheel-drive performance with a Blue Oval flavor.

Positioned somewhere between the Falcon and the Galaxie, the Fairlane has just the right proportions: big enough to be comfortable but not so big that it dampens performance. Finished in traditional Wimbledon White, it has a look that makes every old-school racer think twice before giving it a go at the local track. Next to the convertible, the hardtop is by far the most desirable body style and the combination of formality and performance is quite appealing. The finish is pretty darned nice, particularly at this price, with a nice shine and straight bodywork that strongly suggests this car has not been abused or wrecked. The white paint is just the right shade, not quite refrigerator white but not cream, either, and with all the factory brightwork still in place and accented by that red insert, it looks like it should cost thousands more than it does. Ford's fascination with aviation is evident in the trim, from the little ornaments atop the front fenders to the inlet-like trim behind the doors to the obviously jet-inspired taillights, all of which is in good shape.

The two-tone red and white interior wasn't standard issue in the Fairlane, but for guys more interested in going fast, the accommodations are of little consideration. Bucket seats are a nice find and they've been dressed in handsome seat covers that replicate original patterns and add flashy red piping that really dresses things up. That appears to be a later shifter between the seats, but it blends in well and the rest is quite stock, including the deep-dish 3-spoke steering wheel. The white-faced gauges are original and in decent shape, proving once again that white gauges are far from a recent invention, and they're joined by a set of aftermarket dials under the dash. The factory-issued AM radio is still in the dash, but it's DOA, so an upgrade would be a great complement to this cruise-ready Ford. The carpets, door panels, and headliner are in excellent condition, offering additional proof that someone invested in this car all out of proportion to its asking price. Even the trunk is nicely upholstered in black carpet rather than the usual basic rubber mat.

It would be a mistake to underestimate Ford's strong-running 289, because in the relatively lightweight Fairlane, performance is impressive. An Edelbrock intake and Holley 4-barrel carburetor surely add some ponies to the final count, and upgrades like that giant aluminum radiator make it reliable enough to drive every day. The original 12-volt generator still makes electricity and even with the chrome valve covers and open-element air cleaner, it's obvious that they wanted to stick to the factory recipe. A C4 3-speed automatic transmission and sturdy 8-inch rear end with 3.00 gears inside (at least according to the door tag) mean that it's equally happy in traffic or on the highway. The undercarriage is surprisingly tidy for a car in this price range and the burbling dual exhaust sounds just right for a '60s piece of muscle. Brand new Cragar wheels give it a cool hot rod look and carry staggered 195/60/15 front and 215/65/15 rear BFGoodrich radials.

A very neat old Ford with a lot of performance for not a lot of cash. If you're looking for fun on a budget that's not like everyone else's fun on a budget, then this Fairlane deserves a closer look. Call today! 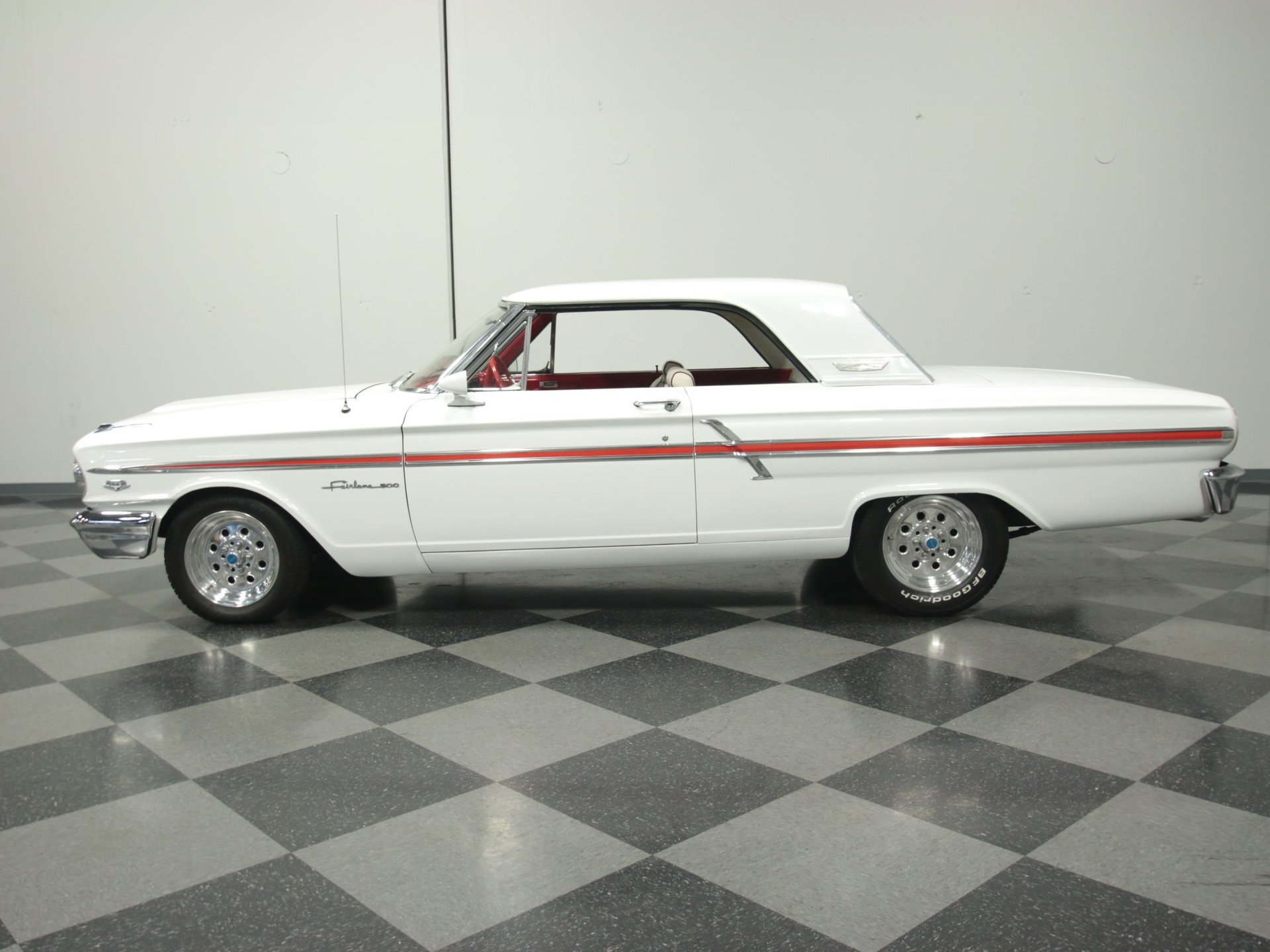