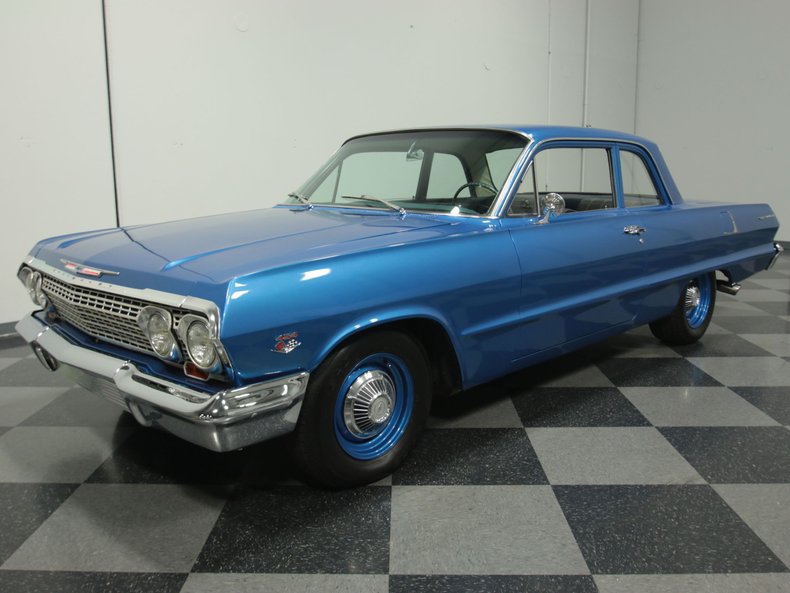 Sleepers are a special breed of car. They're for guys who don't care about getting all the attention but would rather put their efforts towards hardware upgrades, which, of course, have to remain invisible. This surprisingly nasty 1963 Chevrolet Bel Air 2-door sedan is the archetypal sleeper, a nondescript body packing serious heat. If you don't know what you're looking at, it's very easy for this car to slip under the radar.

I'll wager that most folks will have looked at this car in a photo array on our website or some other advertising medium and moved right past, as if it were nothing special. That's a shame that they don't bother to look closer, but it's also a testament to how effectively this one camouflages its true intentions. At least they painted it Marina Blue, not some low-key beige, and it has a mature, grown-up look that helps with the predator's vibe this car gives off. The paint doesn't appear to be very old and has a great shine out in the sun, but nothing too flashy or custom, because you don't want to give away the secret. The long Bel Air body has a dramatic crease running from the front fender opening to the rear bumper, and it's laser-straight, indicating that the restoration was quite thorough and/or this was a very clean original car to begin with. It sparkles with plenty of bright trim (it's a Bel Air, after all), and while it's not totally in tune with the sleeper code of ethics, they did add a set of crossed flags and a '454' emblem on each front fenders, you know, just as a warning.

The blue bench seat interior is sleeper done right. No modern upgrades, no bucket seats, nothing that would suggest sportiness, just a classically upholstered bench seat in factory materials. The steering wheel, door panels, and other hardware is likewise original-spec. There's a tachometer strapped to the steering column, right where it'll do the most good, and a set of auxiliary gauges under the dash, and when you invest so heavily in your hardware, it's a good idea to keep an eye on it. The carpets are new, the gauges are in excellent condition, and there's an AM/FM/CD stereo in the dash for cruising. We have always loved the look of a 4-speed in a bench seat car, especially wearing a Hurst shifter and cue ball. The trunk is clean, but there is no spare, because more weight means less performance and this sucker was built for combat.

The weapon of choice is a 454 cubic inch V8, now punched out to 462 cubes. The compression got a bump to 10.5:1, there's a high-lift cam from Comp Cams, a steel crank, and the whole thing is fed by a big 4-barrel carburetor on a high-rise intake. It does look fairly OEM, but by the time everyone gets a look under the hood, the time for stealth is over anyway. A few chrome pieces look bright, a big aluminum radiator keeps things cool, and it's quite orderly under the hood, as it should be in a car designed for a single purpose. It's backed by a 4-speed manual transmission and Moser axles in the rear end mean that someone thought about using this one as intended. The exhaust system cackles thanks to Flowmaster mufflers and it sits on a custom A-arm front suspension that notably improves handling and adds disc brakes. Steel wheels are color-matched to the bodywork, but they've been widened in back to handle the staggered 205/75/15 front and 245/60/15 blackwall radials, which complete the look.

Insanely fast but completely sane on the outside, this is one of the most well-executed sleepers we've seen in a long, long time. It's also a beautifully finished car that's totally sorted, so it's fun on a budget, too. Call now! 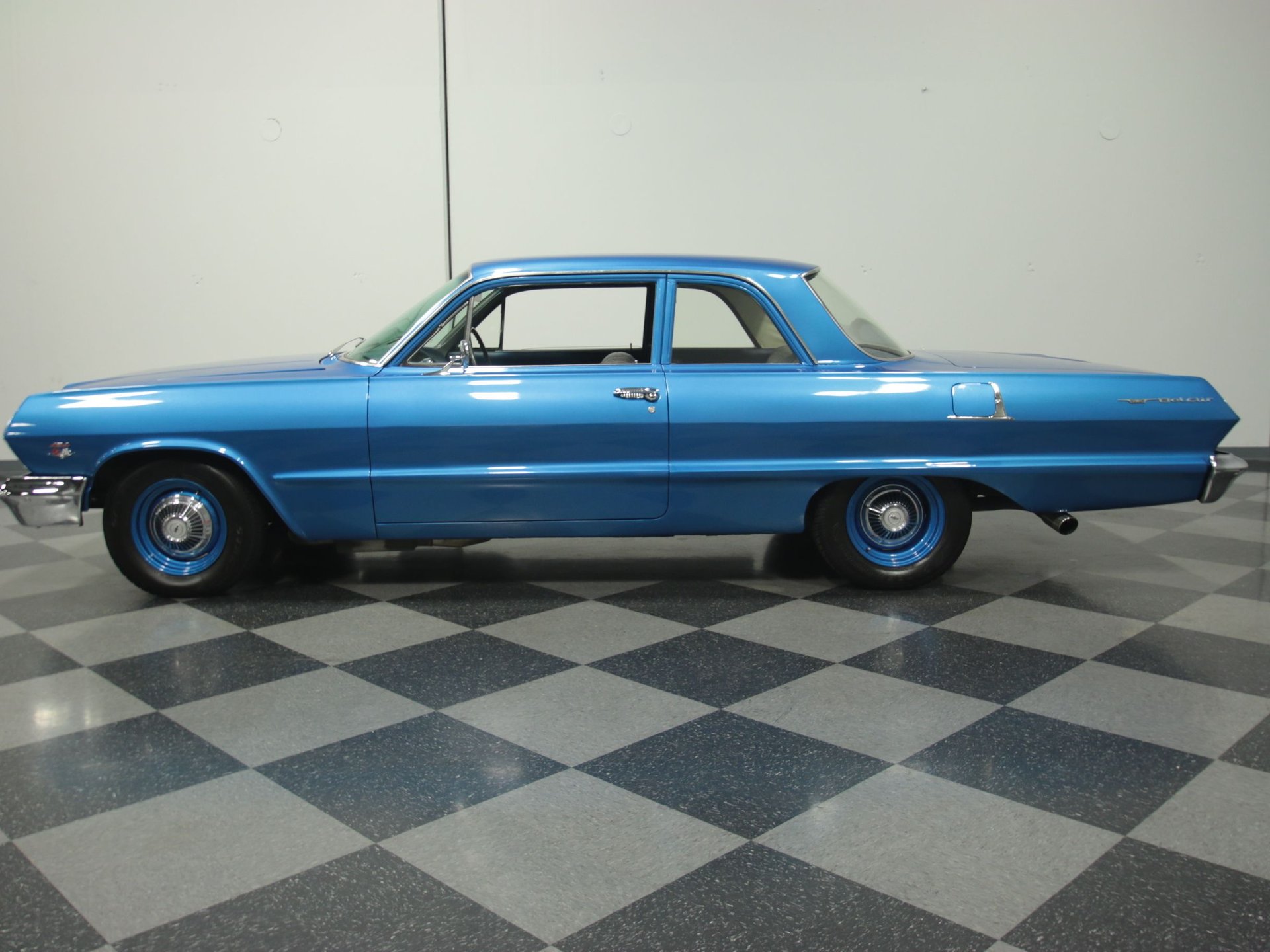