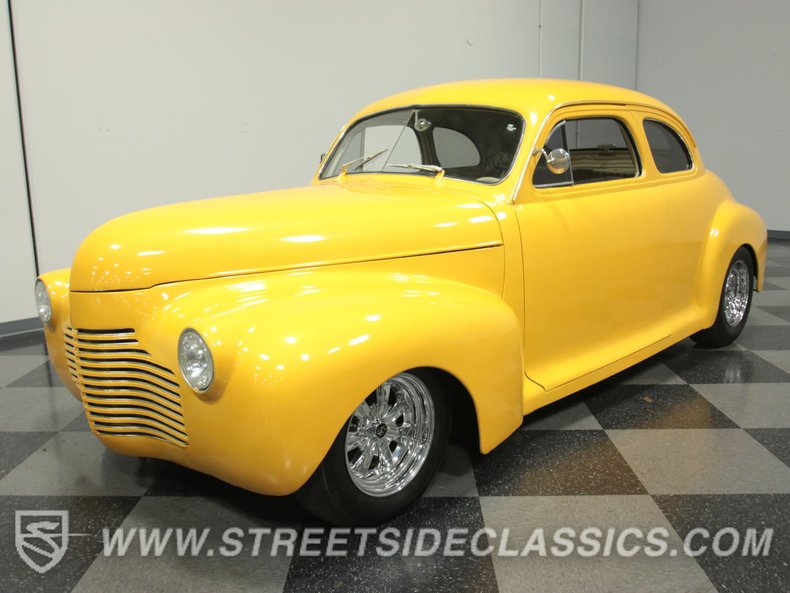 1941 was a pinnacle year in US auto production, with some of the best-looking cars ever rolling out of GM factories. Perhaps the workers knew that these were the last cars folks would have and put in some extra effort, but it's a certainty that they had no clue that the 1941 Chevrolet coupe would be such a cool-looking hot rod.

This is the hot rod you buy to drive. Never mind collecting trophies, which is boring, this is a car you get in, turn the key, and see where the road goes. The vivid yellow Chevy coupe is impossible to mess up, but several important modifications give this one a clean look. Most notable is a proper shave, including the bumpers, door handles, and most of the stainless trim. The grille was integrated into the body and the headlights were frenched, while the rear fenders were smoothed into the body and both the brake lights and license plate were recessed. In fact, the list of body mods would probably take up most of this page, so suffice to say, it's been expertly customized. That bright yellow paint is probably the second paint job this Chevy has worn and is certainly eye-catching, but if you want to take it up a notch, a proper cut and buff would really do wonders. A Vee'd windshield, peep-style mirrors, and just the right rake round out a car that definitely has The Look.

Tan vinyl is a perennial favorite for hot rod interiors because it looks good and wears like iron. Wrapped around a set of late-model bucket seats, it has a great custom look that shows only modest signs of use. Everything, and I mean everything, got a makeover, including the dashboard and rear bench, giving the interior a very unified, clean look. The standard dashboard was painted to match the upholstery and then covered with a wood applique for an upscale look. The instrument panel uses clean-looking VDO gauges in a custom aluminum panel to echo the original shape of the dash. Amenities include a custom AM/FM/CD stereo system, Vintage Air A/C, a tilt wheel, and power windows, all nicely integrated into the overall design. Darker tan carpets add some contrast and the Chevy's generous size means it's comfortable for real-sized people on long trips. There's also a big trunk that's fully upholstered to match, making this a great car for events like the Power Tour.

Reliable power in the form of a 350 cubic inch Chevy V8 means that those long hauls won't be fraught with worry about breaking down. An Edelbrock 4-barrel carburetor and an aluminum manifold give the small block plenty of punch and it's a neat fit in the '41 engine bay, almost as if it was designed to be there. The basics are covered with power steering and front disc brakes, plus a late-model front suspension, so it rides and handles like a modern car. A TH350 3-speed automatic transmission powers a 10-bolt rear end, and the recent dual exhaust system gives it a suitable hot rod soundtrack. It's not detailed underneath, but again, this car was built to drive, so the undercoated chassis doesn't mind some gravel or rain. Fitted with big chrome wheels, the staggered, low-profile rubber looks great, sporting 205/70/15s in the front and 225/70/15s out back.

Get in if you like to drive and leave the trophy-hunters to their game. This Chevy will take you where you want to go and looks great doing it. Call today! 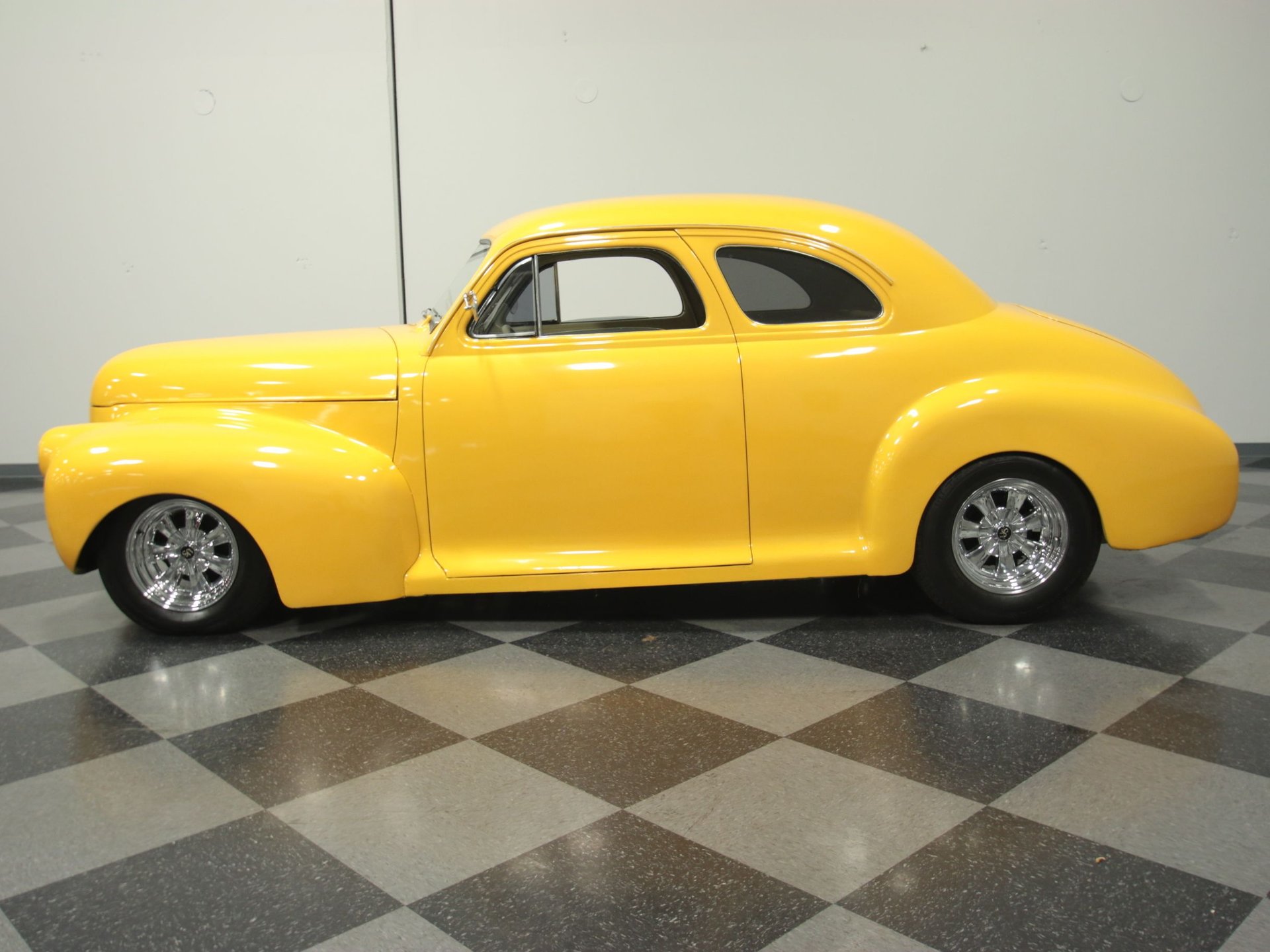