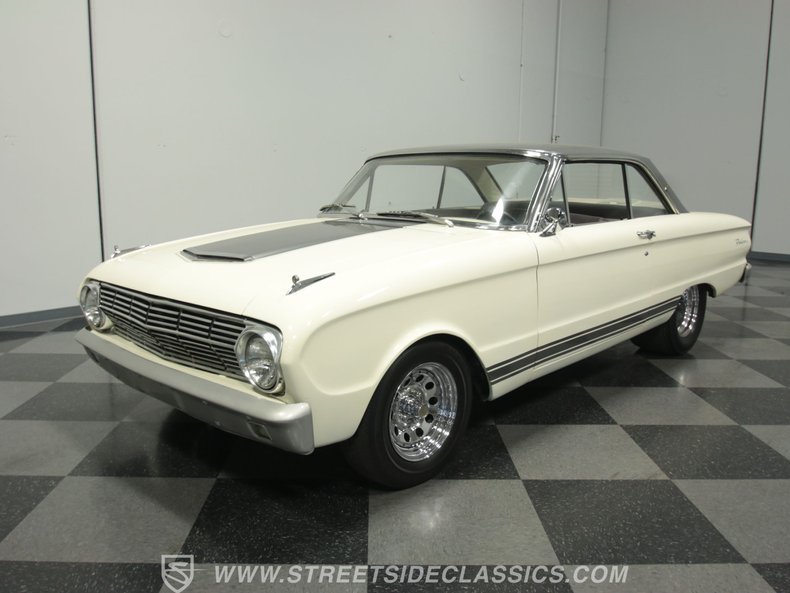 This clean, sleek-looking 1963 Ford Falcon packs a nasty surprise for anyone foolish enough to pick a fight. It's a clean look with a great color combination, but where it really shines is under the skin where you'll find a built 302 and a chassis built to use every single horsepower. If that's your kind of fun, this neat little car deserves a closer look.

The Falcon often gets overlooked with all those Mustangs running around, and that's really a shame. The clean, chiseled lines of this coupe are the perfect blend of '60s sensibility and sporty attitude, and the combination of Wimbledon White with a silver top and hood scoop adds a bit of a modern edge. The paint is older, so it isn't show-quality, but from a few feet away the flaws aren't visible and the whole point of a car like this is to keep a low profile. The work was nicely done, just showing a bit of age, and the steel underneath is in very good condition thanks to a lifetime someplace away from snow and salt. A stripe along the rocker panels adds to the sporting attitude, a styling cue borrowed from little brother Mustang, and we have to admit that the relative lack of trim really works well on the Falcon. It does wear those cool fender ornaments and jet-inspired taillights, and the overall look suggests that there's absolutely nothing on this car that wasn't completely intentional. It has a very well-planned and executed look, that's for sure.

The interior keeps it pretty stock, and that's not a bad thing. The two-tone white and gray vinyl upholstery keeps the exterior's color theme going and makes it look very '60s at the same time. Like the bodywork, it was probably done some years ago, but it's holding up well with no splits or tears and it still makes for an effective place to do some serious driving, which we'll talk about in a moment. A fat steering wheel and a B&M shifter on the floor are minor giveaways that suggest this isn't a simple commuter car after all, but the original gauges are still doing their thing, joined by a pair of modern dials under the dash. The original AM radio is still in the dash and the ornate door panels suggest that this car should cost much more than it does. The good-sized trunk carries a custom fuel tank, battery, and, if you're familiar with Falcons, a set of oversized wheel tubs.

The powerplant is a stout 302 cubic inch V8, and if you don't weigh much, 302 cubes is plenty to make some very exciting performance. It's beautifully timed, too, with a black block, polished aluminum valve covers and air cleaner, and bright red ignition system components. It starts easily and makes big torque thanks to a Holley 4-barrel carb, Edelbrock intake, upgraded Comp Cams camshaft, and long-tube headers. The wiring and plumbing are neatly hidden out of sight, making for a very clean appearance underhood. A rugged C4 3-speed automatic snaps through the gears with authority and a custom narrowed 9-inch housing delivers the twist. Obviously the rear suspension was modified to handle those giant tires, including a set of traction bars and custom-fabricated subframes, but for the most part, it retains its basic Falcon goodness, so it's easy to drive on the street. The exhaust cackles appropriately and it sits on chrome wheels with 165/75/14 front and 12-inch-wide slicks out back.

A surprisingly cool car with more horsepower than you'd expect, all wrapped in a package that promises little and delivers a lot. Call today! 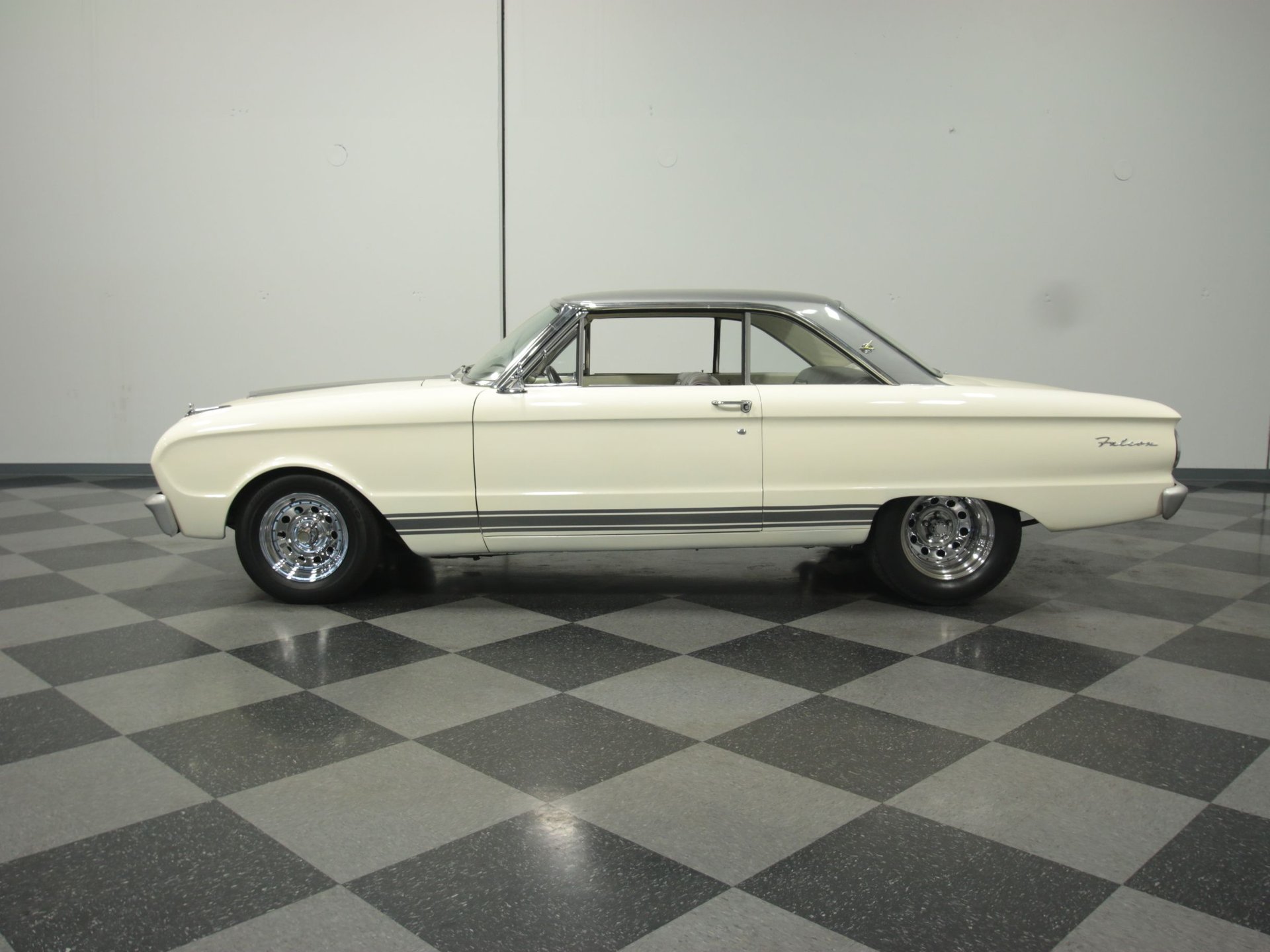