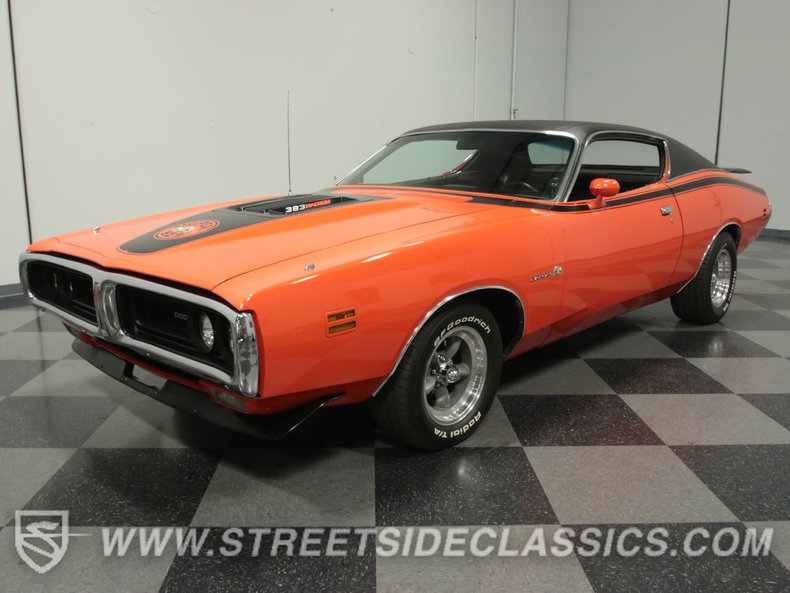 In the world of unusual cars, the 1971 Dodge Charger Super Bee stands out among a field already crowded with Mopars. Since the Coronet was only available as a sedan or wagon, the Super Bee became a low-priced Charger for one year only, yet it could be stuffed with serious performance such as the matching-numbers 383 in this one. Low price and high performance? Get it here!

This Super Bee is a mixture of original and restored-as-needed, and today is what a lot of folks might call a "good 10-footer." The Hemi Orange paint is still attention-grabbing and nobody does stripes and graphics better than Ma Mopar, so it looks awesome hammering down the street. The fuselage styling has aged well and the Charger Super Bee wears it better than most. There are a few issues in the paint that should probably be addressed at some point, but given how we use collector cars today, there's nothing that needs immediate attention. Check out the front and rear spoilers, the trick Ramcharger hood scoop, and the chrome bumpers and front grille surround, all of which scream horsepower. The black vinyl top is in decent shape, emphasizing the long, low look and tying in perfectly with the stripes running down the quarters. Details like the grille (good luck finding another one this nice), the tail panel, and the decal package are all in good condition, too.

The affordable muscle car shows its roots with a correct black bench seat interior, which is how the most serious performance cars were always equipped. It's nice to see one that sticks to the original specs and this one wears correct vinyl seat covers, black carpets that are just too nice to be original, and door panels that are quite likely excellent original pieces. The round gauges will look familiar to Mopar fans, and this car includes a tachometer, which was a rather rare option. A newer AM/FM/CD stereo slots neatly in the dash just to the right of the steering wheel and there's an oil pressure gauge under the dash to help keep an eye on the healthy big block engine. The back seat looks virtually unused, while the trunk offers a factory-style plaid mat and matching Magnum wheel and tire assembly with jack.

Ultimately, the Super Bee was all about horsepower, and there weren't many more potent engines than the famous 383 cubic inch V8. Clearly this car was built with a single purpose in mind: going fast with a minimum of frills, and it succeeds brilliantly. The matching-numbers engine was fully rebuilt in 2010 and uses an Edelbrock 4-barrel carburetor and intake manifold and a Comp Cams camshaft inside, so it's got a nice rumble to it. A few chrome bits dress up the Hemi Orange powerplant, and the engine bay demonstrates what you get when you have the chance to detail everything while it's apart. It's backed by a rebuilt 4-speed manual transmission feeding an 8.75-inch rear end. Custom long-tube headers from Tube Technologies and a 2.5-inch Flowmaster exhaust sound downright evil, and rolling on Torque Thrust wheels and 235/60/15 front and 255/60/15 rear BFGoodrich radials gives it the perfect street-brawler look.

A rare car in its own right, this Super Bee proves that the horsepower wars weren't quite over in 1971, and Chrysler still had an ace in the hole. This isn't a perfect car (one of the reasons it's priced very reasonably) but there's a ton of potential for a car that deserves to be great. Call today! 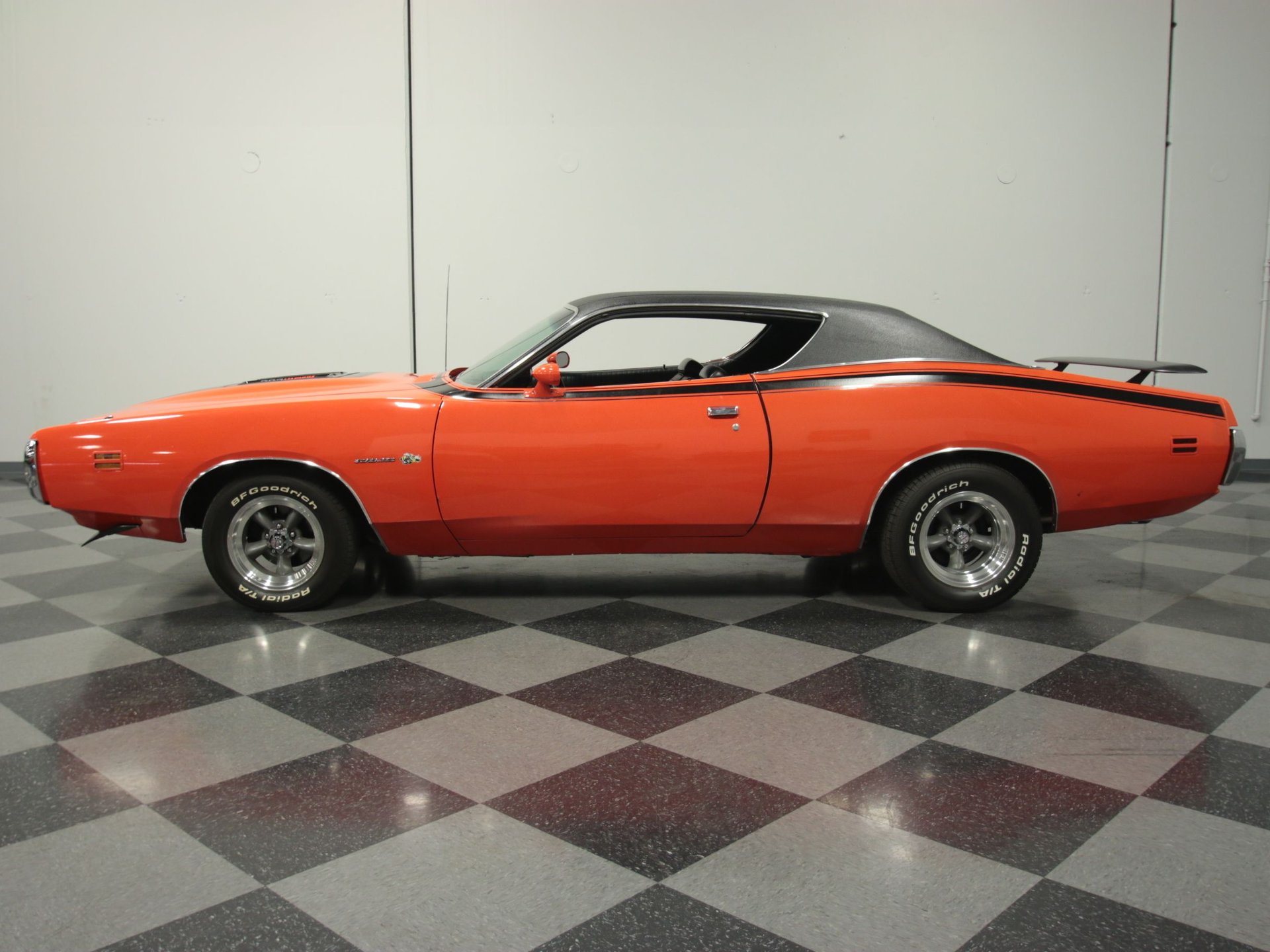