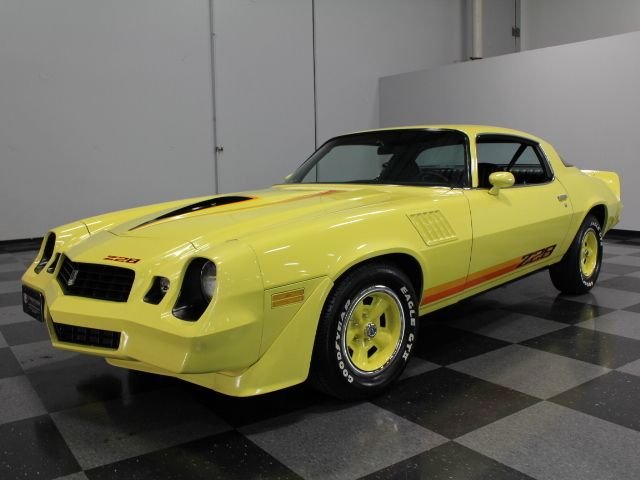 In 1979, Chevrolet sold more Camaros than any other year before or since, thanks to a modest redesign and some new features. The Z/28 continued to be the top-of-the-line model, packing a 350 cubic inch V8 and a flashy body that was every bit a match for its corporate cousin, the Pontiac Trans Am.

Dressed in brilliant Bright Yellow paint with those oh-so-70s stripes, this nicely preserved пїЅ79 Z/28 is one of the most well documented cars weпїЅve featured recently. ThereпїЅs no question the paint is bright, and if you like keeping a low profile, this probably isnпїЅt the car for you. However, the design is handsome overall, and itпїЅs easy to see why these were such great sellers. That new Trans Am style front spoiler gives the car a wider, lower stance, and the body-colored front bumper with blacked-out grilles top and bottom looks awesome. The hood scoop is non-functional, but looks great, tying the entire front-end together. This one has clearly had a good home since it was new. The decals remain bright and clear, and none are peeling or chipping, which means someone was careful when they washed and waxed it.

High-back bucket seats anchor the interior, and are every bit as comfortable as they look, with deep bolsters to help with aggressive driving. Compare these thrones to the stools in a пїЅ69 Camaro, and you can easily see how far the state of the Camaro art had evolved in just ten years. Like the exterior, the upholstery is nicely preserved and shows signs of careful ownership. There are no splits or tears in the seats, the carpets are not faded, and the door panels are remarkably well preserved. The steering wheel tries to emulate an early string-wrapped piece, but itпїЅs probably not quite as successful as designers had hoped, although this one remains in excellent condition and hangs on a tilt column. ThereпїЅs a fully array of functional gauges, the factory A/C blows ice cold, and the AM/FM stereo radio features rear seat speakers.

All Z/28s got the top engine in 1979, a 175 horsepower 350 topped by a 4-barrel carburetor. Performance is pretty good, thanks to a stout 270 pounds of torque, which was enough to make the Z/28 one of the fastest cars you could buy. The engine bay in this one appears highly original, and the engine is still wearing corporate turquoise engine paint thatпїЅs easy to spot thanks to decent maintenance. No, itпїЅs not detailed for show, but for a 32-year-old car, itпїЅs pretty nice and thereпїЅs no doubt that it has been well cared for throughout its life. Hoses and belts are relatively recent, the spark plug wires have been replaced, and it runs extremely well. Underneath, youпїЅll find a TH350 3-speed automatic driving a set of 3.42 gears in the 10-bolt out back. A dual exhaust system gives the 350 a decent voice, and power disc brakes were standard equipment. And fortunately for you, the original owner sprang for the optional color-matched aluminum wheels, which wear a set of 15-inch Goodyear Eagle GTII radials.

This one also carries a great documentation package that includes a build sheet, warranty card, the original window sticker, and an owner's manual. Looking over the window sticker, you'll find that this car is pretty heavily optioned, and it isn't just goofy stuff like a glove box light, but serious stuff like A/C and the aforementioned aluminum wheels. This was not an inexpensive car in 1979.

For a growing group of car enthusiasts, this was the car that they grew up dreaming about owning. This is how cars become collectable, and since the earliest days of the hobby, weпїЅve always chased the cars that bring happy memories. So if you grew up in the пїЅ70s, this was probably a piece of your childhood that you remember fondly. And to be honest, theyпїЅre not bad cars at allпїЅthey still have rumbling V8s, the interiors are comfortable, and if itпїЅs attention you crave, youпїЅll be hard-pressed to do better than this bright yellow Z. With a nice package of documentation, this solid Camaro represents a lot of fun for not a lot of money. Call today! 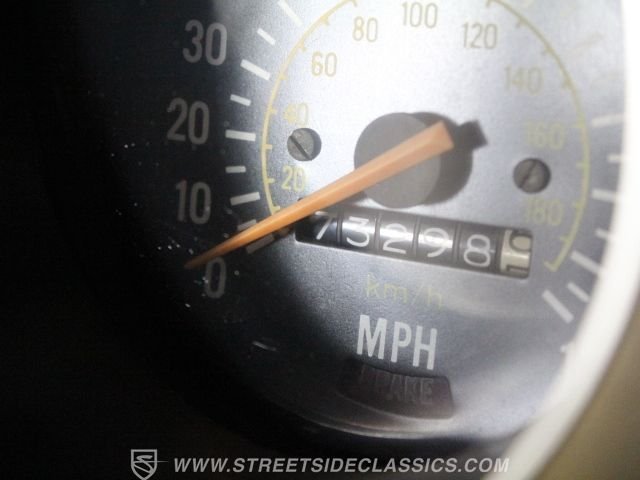