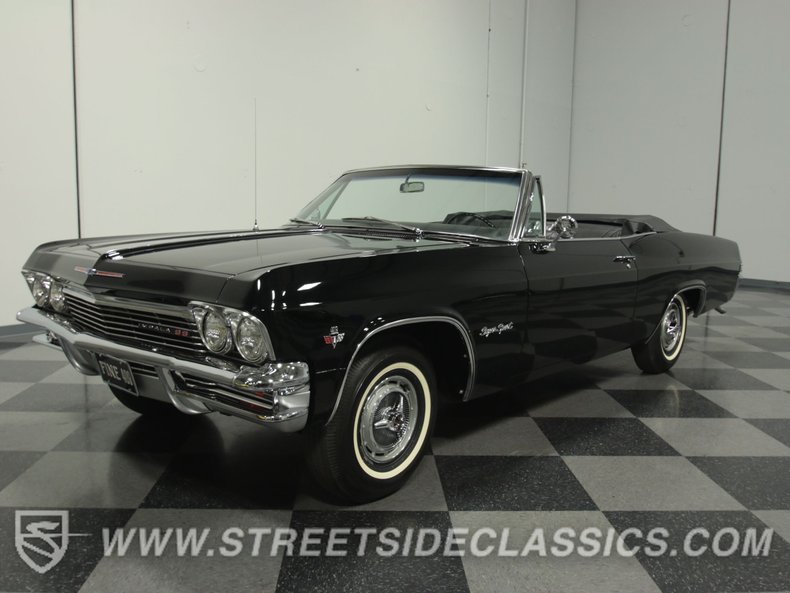 For full-sized performance, it was hard to beat Chevy's Impala, and when it's dressed in black like this 1965 SS convertible, it makes a first-class cruiser with room for the whole gang. Better yet, there are 409 legendary cubic inches under the hood, a 4-speed gear box, and a classic, grown-up look that will make this a favorite car for cruise nights and a slam-dunk at competitive shows.

This is a special car in every way, starting with the handsome Tuxedo Black paint job, which is its original color. The '65 Impalas were redesigned to make them longer, lower, and sleeker, with simplified lines and minimalist trim to give them a more up-to-date look. The full frame-off restoration was completed in 2007, but that was only 100 miles ago, so it remains fresh. Finish quality is quite good with just a little age to it, and you can see that the gaps are very good, the sheetmetal is straight, and the whole car has a very cared-for look. Bright chrome was still in fashion, but they took it easy on the stuff, giving it a simple grille, shiny bumpers, but not much else. And, of course, the Impala still had six taillights out back making it easy to recognize when it blew past you. The final touch is those 409 emblems on the front fenders, indicating that this is one of only 2828 409s built in 1965.

The black interior is the car's original color as well and it was restored to the same high standards as the bodywork. Bucket seats and a console are always an ultra-cool addition to a luxury car and once you're behind the wheel, the car has a very sporting feel with the 4-speed next to your right thigh. The console also houses a very cool clock and that elegant chrome shifter lever, with the controls for heater and defroster just above it. The factory gauges are simple, and there's a tachometer waaaay over there on the far end of the instrument panel by the AM/FM radio, which is actually kind of cool. The seat covers are in excellent shape and things like the dash pad and door panels are still like new. A black power convertible top offers a glass rear window and the giant trunk shows off correct mats and a bias-ply spare tire for just the right look.

Chevy's thundering 409 cubic inch V8 provides enough power for this Imp to earn its SS badges, and 1965 was the final year of the mighty 409 (this is the 340 horsepower version). With a highly-detailed, factory-original look, it has been beautifully restored so the Chevy Orange paint on the block remains vivid and the engine bay shows almost zero signs of use. New components include belts, hoses, and a fresh alternator, and there's a 4-barrel carburetor under the chrome air cleaner. Power steering and brakes mean this big sled is easy to handle on the streets and a Muncie 4-speed manual makes it a real thrill to hammer this big boat. The dual exhaust has a nice rumble to it, loud enough to remind you that Chevy was still making horsepower, but not so loud that it makes you forget this is also a luxury car. The restored chassis shows proper red oxide floors, a reproduction exhaust system, correct production line markings, and new hardware throughout. Standard SS hubcaps are fitted and it rolls on 8.25-14 BFGoodrich whitewall tires that look right but are insanely easy to turn into smoke.

This is an investment-grade Impala with arguably the most desirable powertrain of the period, awesome colors, and a driving experience that's second to none. Call today! 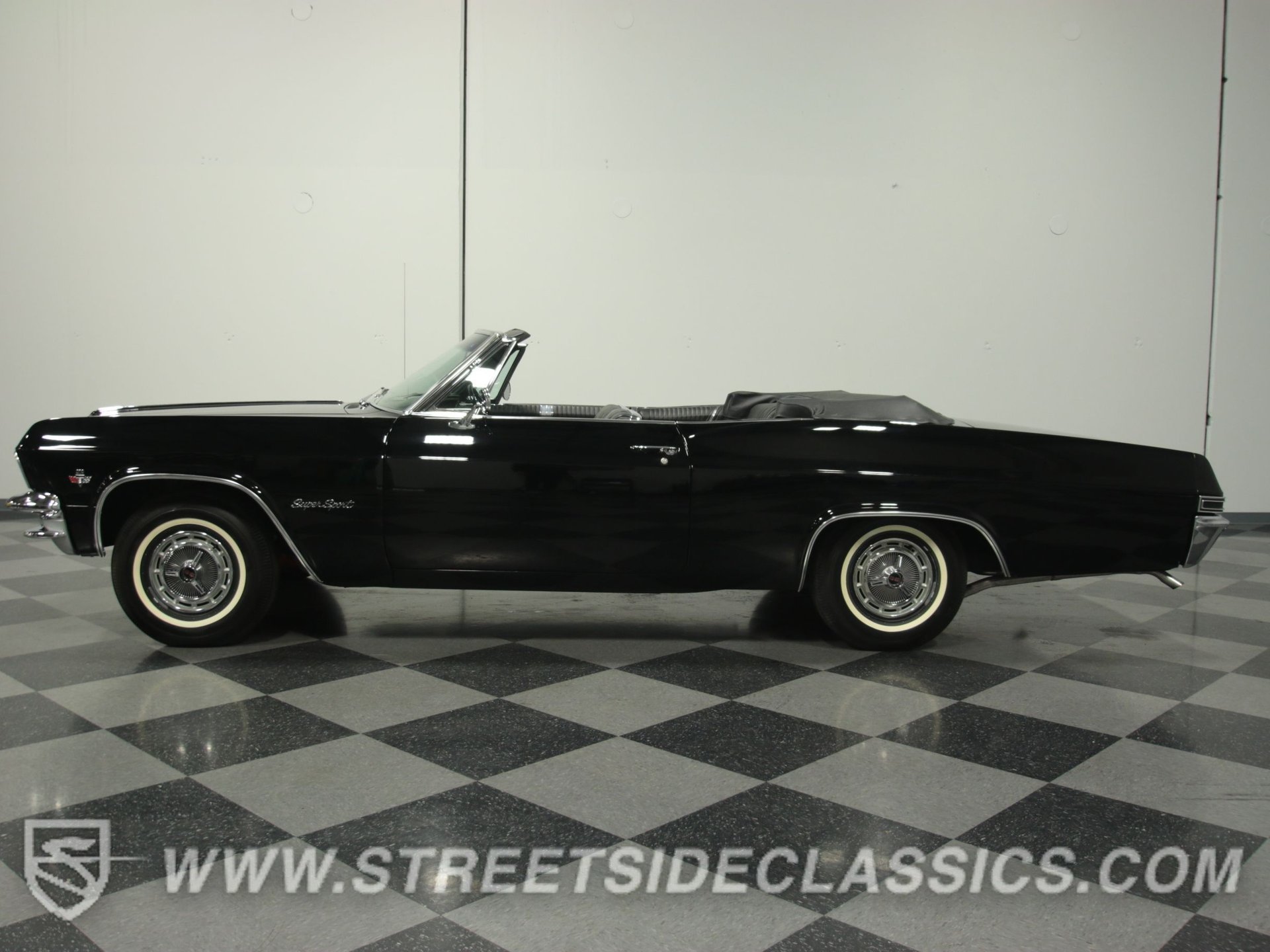