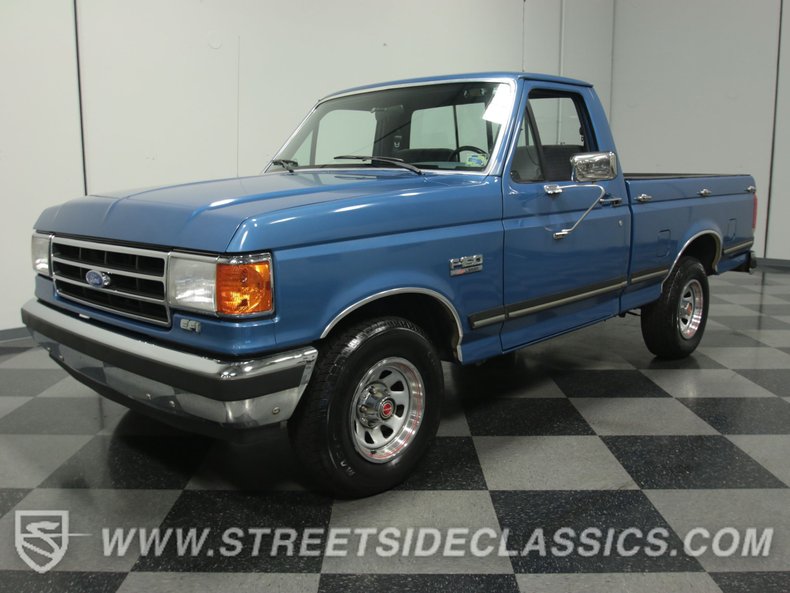 This 1989 Ford F150 pickup has passed beyond the realm of "nice work truck" and is steadily on course to become a great collectable. Featuring a ton of options and a great color combination, it's only a matter of time before these catch on like their Chevy counterparts already have.

The bright blue paint job on this F150 should look familiar if you were a car guy in the '80s, but it's also one of the more timeless looks that came out during that period. Accented by a just enough chrome trim to look upscale, the clear blue finish gives the half-ton a sporty look that's kind of an homage to the great pickups of the past. The paint is shiny and well-maintained, with a distinct lack of bumps and bruises, suggesting that this truck has never worked hard in its life and has lived an easy life in the sun. It isn't perfect and it's nearly 30 years old, but it certainly looks right. The Lariat trim package added brightwork (and a lot of it) to the truck, and all of it remains in very good to excellent condition, from the wheel well moldings to the big chrome bumpers to the brushed stainless steel tailgate insert. And speaking of tailgates, you'll notice that the bed is protected by a heavy duty bedliner and includes accessory tie downs on the outside, so it's still up to a few working weekends along the way.

Inside is Ford's upscale XLT Lariat interior, which features sophisticated gray cloth upholstery and woodgrained trim on the dash to give it a more luxurious feel. It's 100% original, and even the bench seat shows only modest wear, although the sun can be hard on fabrics. There's a big rubber floor mat protecting the original carpets so they're still in decent shape showing only modest wear and age, and the door panels remain quite good. And no, that's not the carpet pulling away from the lower edges, it's a handy map pocket. With all the heavy-duty equipment on this truck, it was obviously outfitted to do some towing, so there's a complete array of gauges in the dash, factory A/C, cruise control, and yes, a 5-speed manual transmission. There's also a sliding rear window for easy ventilation when A/C isn't needed. Even the original AM/FM stereo system remains in place and still sounds good today.

Ford's venerable 4.9 liter inline-6 is under the hood (that's a 300 to some of you out there, not to be confused with the 302/5.0 V8), and it's a great choice in the F150. It neatly straddles the line between power and economy, and makes great bucket-loads of torque while it goes about its business. Even Ford's trucks were fuel injected early on, and the long-runner intake manifold on this one was designed to make low-end torque, which is, of course, a truck's bread-and-butter. It's quite tidy under the hood, with signs of regular maintenance and more proof that this truck lived in a warm climate, and the engine runs beautifully. It also features heavy duty coolers for all the fluids, a massive radiator, and the aforementioned 5-speed gearbox to make the most of its output. A stock exhaust system uses a new muffler to keep the big six hushed and it's shockingly clean underneath, looking like it's spent all its life in a warm climate. Newer 235/75/15 blackwall radials on the original wheels, which also feature a sporty red pinstripe.

Documented with ownership paperwork, maintenance records, and the original manuals, this one-owner truck is just waiting patiently for its opportunity to join your collection. Give us a call today! 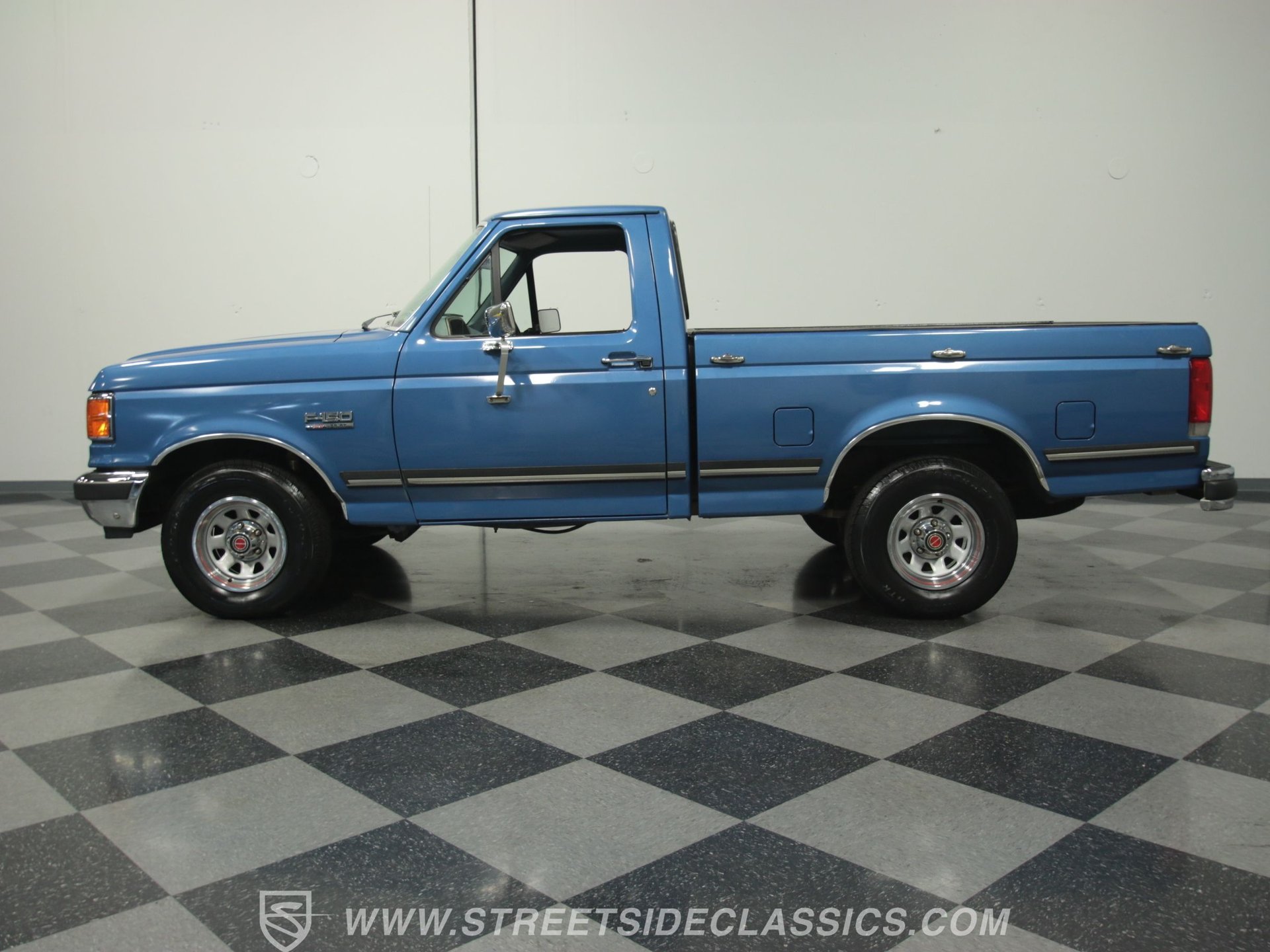