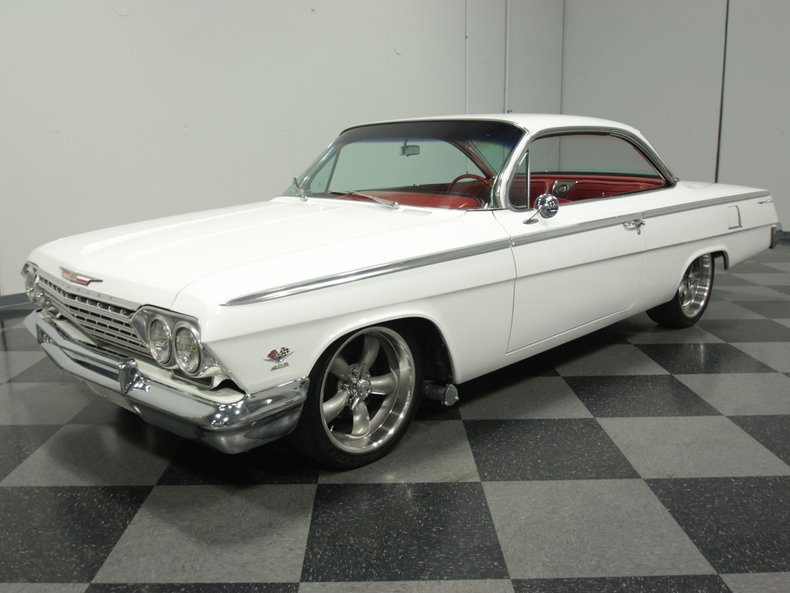 Few cars command as much attention as a '62 Bel Air bubbletop. The proportions are spot on, the roof looks like it was pilfered from George Jetson, and when they're dropped they sit as well as anything ever built. Beautifully restored, a built 409 under the hood, a four speed in the tunnel, and an awesome stance set this car apart even further.

You'll never go wrong with a well-done Ermine White Bel Air, and this one is fantastic. The reflection is a mile deep and the looooong sides are very straight. The paint is a few years old but holds up under scrutiny with only a few marks from being driven, because, after all, that's what this sucker was built to do. Even though it's not the top-of-the-line Impala, there's a ton of bright work here, including the stainless trim around the greenhouse, long side spears, and trunk garnish moldings that really dress it up. Bumpers are stock, though with their anodized aluminum inserts they looked custom when brand new. Heck, they even resisted the urge to stick a second antenna on the rear deck, perhaps hoping to keep the Bel Air's somewhat sleeper vibe.

On first glance it's easy to see that everything inside the gorgeous red interior is new. Your second glance impresses you with the execution: From carpet to headliner you won't find much to complain about. Sit down and realize that the upholstery is very much the way it was back in 1962, with beautiful stitching a shiny button inserts on the seat backs. The stock steering column and wheel are really the only way to go here, and it includes performance goodies like an accessory tachometer on the steering column and that all-important 4-speed shifter with cue ball knob. Oil pressure and water temperature gauges hang just right of the column, mounted in an old school engine-turned pod, and yes, that's factory-style A/C hanging there, too, and it's fully functional. The carpet is new, done up in red and black speckles and you even get an AM/FM radio that slots into the center of the dash like it was born there. The massive trunk is correctly finished with a full mat set, plus a full-sized spare and the stock air cleaner assembly.

The visual appeal of a dual quad 409 simply can't be overstated. It's no junkyard special, either: this one was built to run and it does so with genuine authority. It's correctly detailed with Chevy Orange paint, those distinctive W-shaped valve covers, and the oversized air cleaner up top. The alternator is a modern touch but a good idea, and the A/C has been converted to use R134a refrigerant. It cackles and snarls through a stock style dual exhaust system with glasspack-style mufflers, and you'll note that there are cut-outs exiting just behind the front wheels, old-school style. The chassis is ultra-clean and sanitary, but not so perfect that you're afraid to drive it, and the only notable modification is a set of lowering springs that give this Chevy its wicked stance. Oversized wheels, 18's up front and 20's out back, hold new Khumho radials, 235/40/18s and 245/40/20, respectively.

We see a lot of great cars, and this one's a favorite of a bunch of guys around here. The looks, the engine and the sound make this Bel Air car show royalty, so call before it's gone! 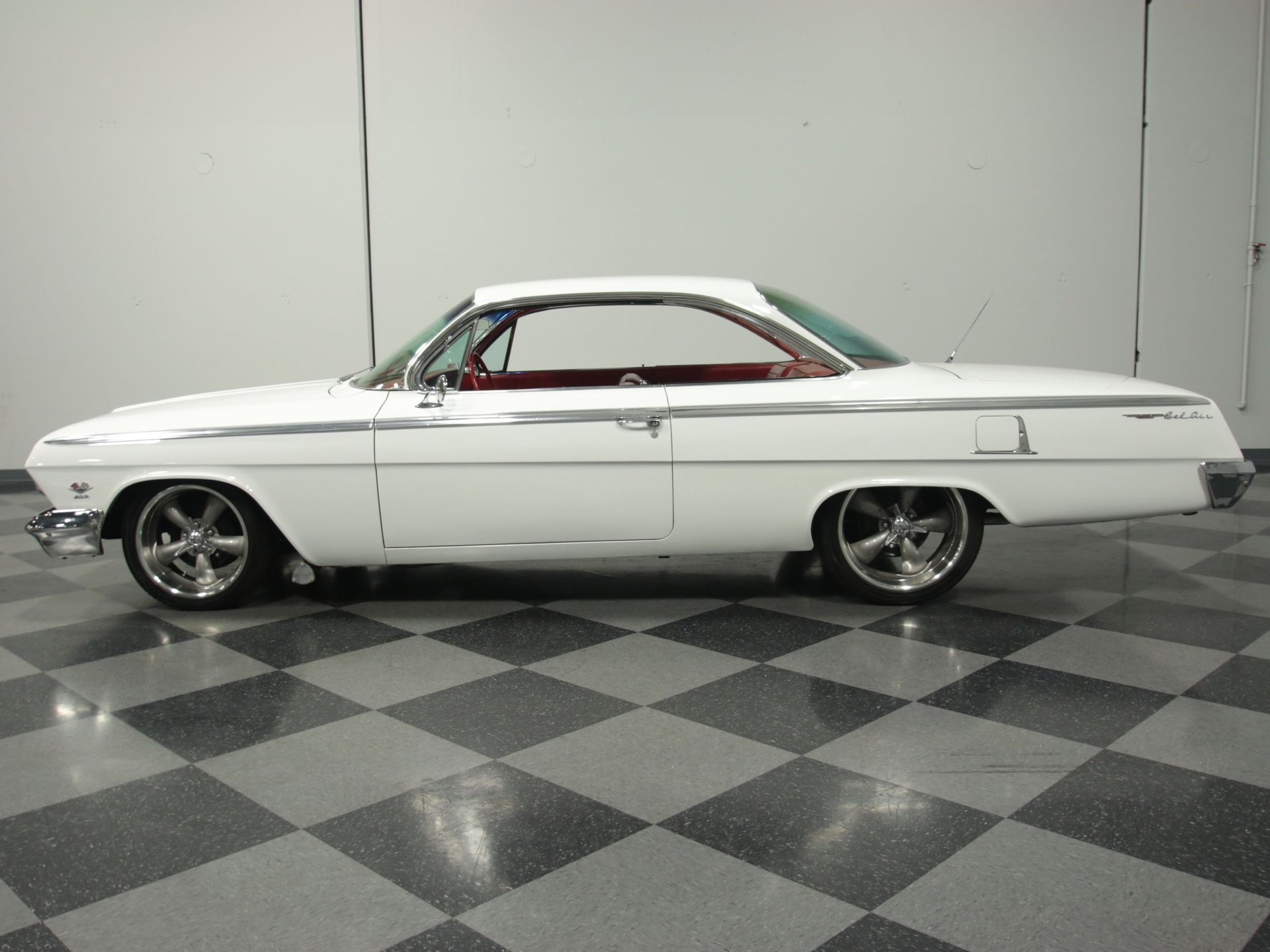