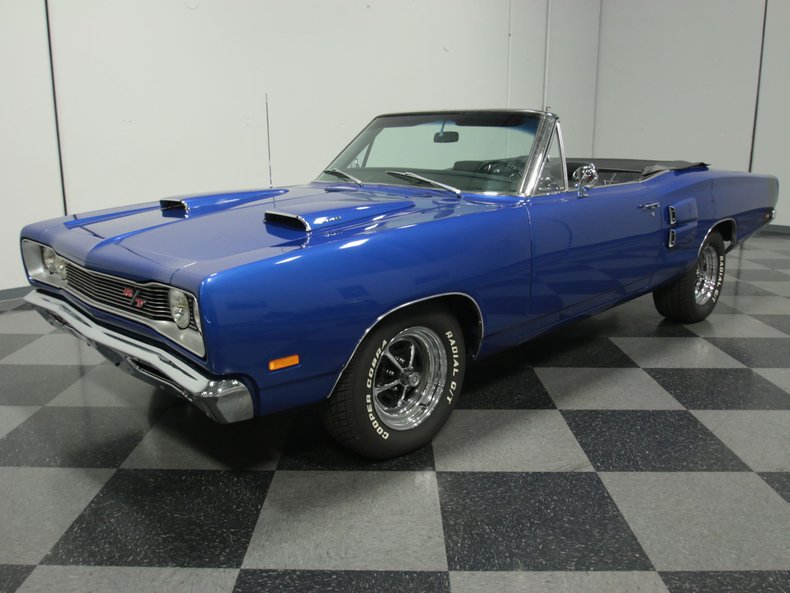 This 1969 Dodge Coronet R/T convertible is kind of a big deal and delivers every perk you'd want from a muscular Mopar. 440-cubic inch big block, A/C, an awesome color combination, and a frame-off restoration that's so fresh you can still smell the paint. And even at this price, it has to represent some kind of bargain for this much performance.

With just a few miles on the restoration, it should and does look like a million bucks. The B5 Blue paint is one of the most popular choices among Mopar fans and we can't argue with how it looks. It's not an in-your-face bright color, but a little softer shade that seems all the more appealing when it's plastered all over one of the nastiest muscle cars of the era. The sheetmetal was expertly prepped prior to a drop of paint being sprayed and the result is spectacular. The smooth hood carries a pair of hood scoops that were a Chrysler trademark during the muscle car era and the black bumblebee stripe reminds onlookers that this isn't merely a pretty 1960s ragtop but a pretty gnarly piece of hardware. R/T badges were installed as appropriate and the chrome bumpers are in excellent shape, adding a bright bit of sparkle to an otherwise deadly serious machine.

The black bucket seat interior shows off a few desirable upgrades that suggest the original owner decided to splurge a little bit on his new Coronet. A center console is the most obvious upgrade, and it also carries a full set of gauges and a neatly-installed A/C system that mimics the look of the original but offers modern performance. The factory AM/FM radio looks a lot like the original Music Master AM unit, but now includes iPod connectivity as a bonus. Seat covers, door panels, and the carpets are new and ready for show, demonstrating that upscale muscle definitely has its appeal. There's a black power convertible top overhead and the Coronet is one of the few ragtops that looks great top up or top down, and it, too, was recently installed. The trunk is correctly outfitted with a reproduction mat and a full-sized spare tire with color-matched rim.

The 440 cubic inch powerplant under that twin-snorkel hood is one that many would argue is the best choice in a muscle Mopar for guys who like to drive. Rebuilt and detailed for show, it's plenty powerful and throws this big convertible around like it weighs 800 pounds less than it does. There's Hemi Orange paint on the block that looks awesome against the B5 Blue inner fenders, and with finned Mopar Performance valve covers, it's got a real 1960s performance look. The A/C was neatly installed and takes up a lot less room than the original compressor would have, and it includes power steering and brakes that make it a joy to drive anywhere. The TorqueFlite 3-speed automatic powers a robust 8.75-inch rear end that has enough gear in it to make this big ragtop feel punchy around town. The floors are as clean as the bodywork and a fresh reproduction dual exhaust system gives it just the right combination of aggressive and mellow. A set of butch-looking Magnum 500 wheels are wrapped in 15-inch white radials for a perfect look.

Beautifully restored, incredibly fast, and a ton of fun to drive, this drop-top Mopar is the kind of car that we all want in our garages. Call today! 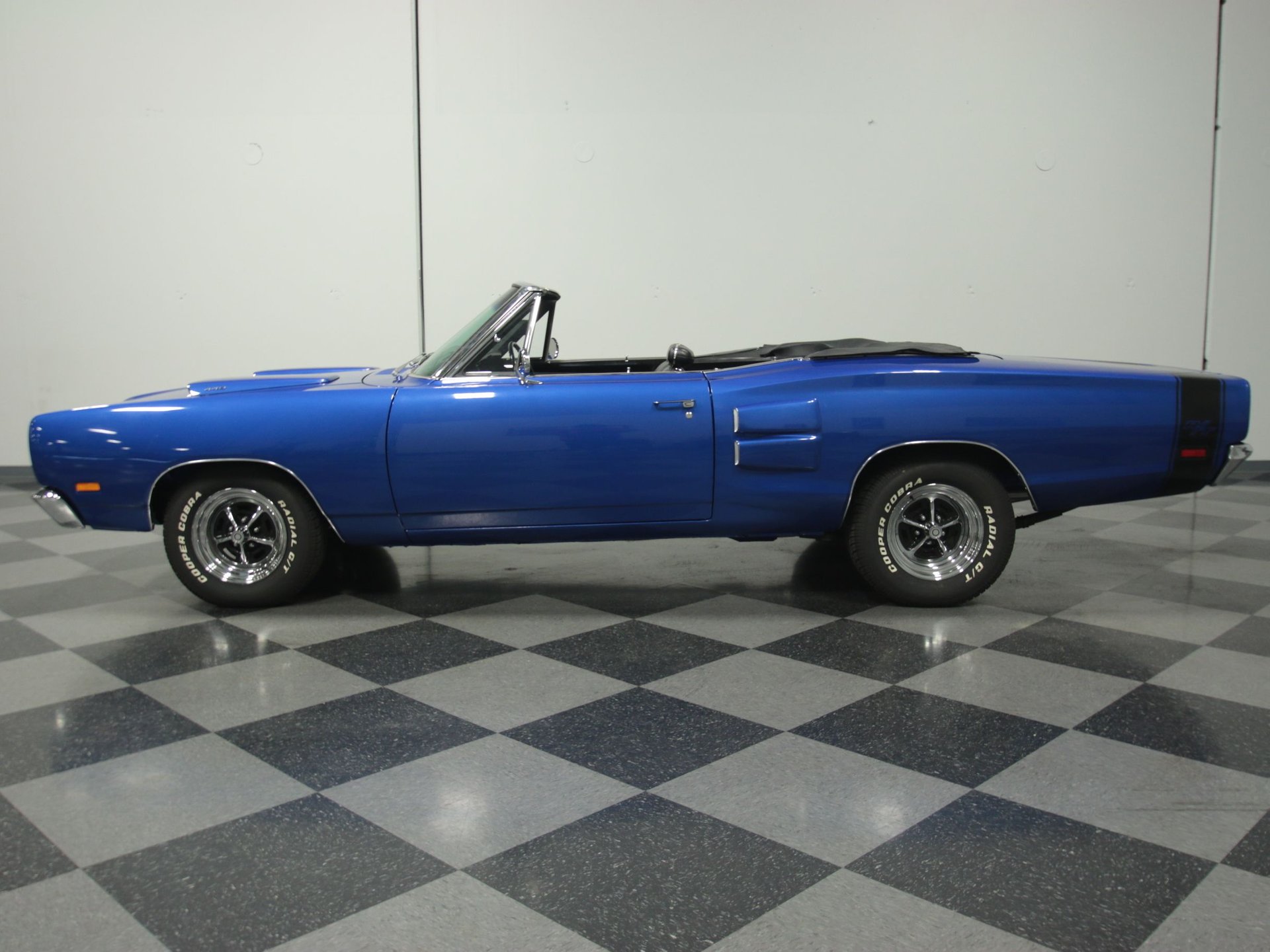