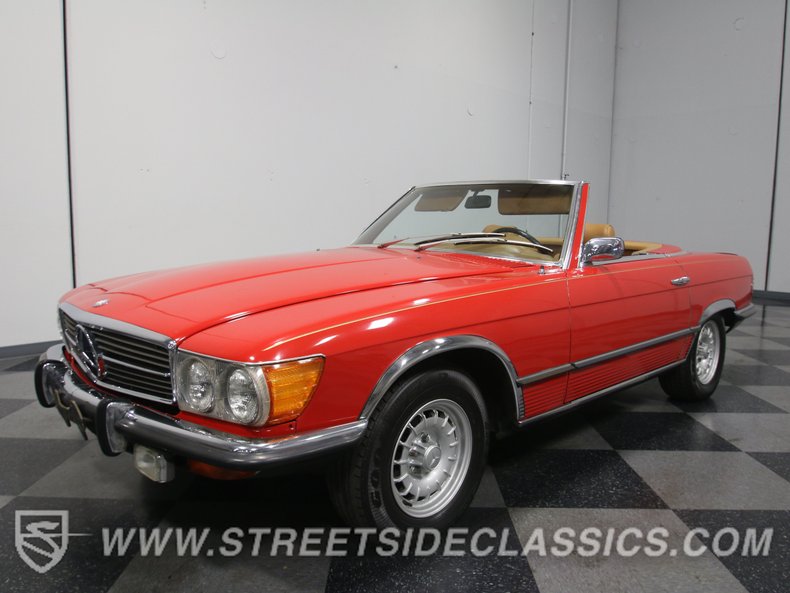 The early and late editions of any model tends to be special to collectors, making this 1972 Mercedes-Benz 350 SL somewhat of a collector's item. With just 35,119 believed to be original miles and with all the iron-clad reliability of the R107 SL roadster, this wonderful red convertible is for the collector who enjoys driving his hardware.

The early SLs must have been ground-breaking cars when they were introduced in 1971. With compact proportions and elegant and sophisticated lines, they were instantly recognized as the car to own if you were a person of means. This bright red roadster features a very solid body with a repaint in the early 2000s. Shut lines and panel gaps are typically precise as only the Germans can do it, and despite being a vintage convertible, it still feels solid, secure, and substantial. And the early cars like this one remain popular with collectors due to their chrome bumpers, which were how the car was originally designs and look far better than the later federally-mandated rubber monstrosities the later cars were forced to wear. Chrome and trim are excellent, and it's clear from the very low mileage that this car was not a year-round driver, but a summer toy since new, and there's no need to worry about rust with this one.

The two-tone tan MB-Tex interior offers the same understated elegance as the exterior, and the material simply wears like iron, showing very little wear and no damage. Even in 1972, Mercedes-Benz vehicles came only one way: loaded. Gauges are typical Mercedes-Benz, with large, legible dials framed by a massive and thick steering wheel that feels substantial in your hands. Only the entertainment system has been changed, a newer Sony AM/FM/CD/iPod system that sounds a lot better than the original Becker Monaco unit (which comes with the car). The A/C still blows cold thanks to R12 refrigerant, more evidence that this car has led a sheltered, well-kept life. The SL is a true two-seater, with the space behind the seats being little more than a package tray for your briefcase, although there's plentiful storage in the surprisingly roomy trunk. This one also includes the original hardtop, which makes the SL a true year-round car, but most SL hardtops end up being garage ornaments rather than winter necessities.

Although the 350SL nomenclature would suggest that there's a 3.5-liter engine under the hood, all US-bound SLs used the larger 4.5 liter V8, which offers single overhead camshafts and sophisticated Bosch fuel injection. It wasn't until 1973 that the name officially changed, but Mercedes would upgrade 350SL badges at the customer's request, free of charge. Over the years, these engines have proven to be virtually bulletproof given proper maintenance, and are able to travel several hundreds of thousands of miles before needing major service. This one shows careful maintenance and a lot of originality, which shouldn't be a surprise given the mileage and the large stack of receipts. The chassis shows no rust or damage, and the 3-speed automatic shifts well through each gear. The all-independent suspension is just the right balance of sporty and comfortable, and four-wheel disc brakes are reassuringly powerful. A particularly nice surprise are the "pie crust" alloys, an upgrade over the standard full wheel covers, and it's shod with a set of 205/70/14 Goodyear radials.

These remain wonderful cars to drive, and your investment is rewarded by great driving dynamics and universal respect. Call today! 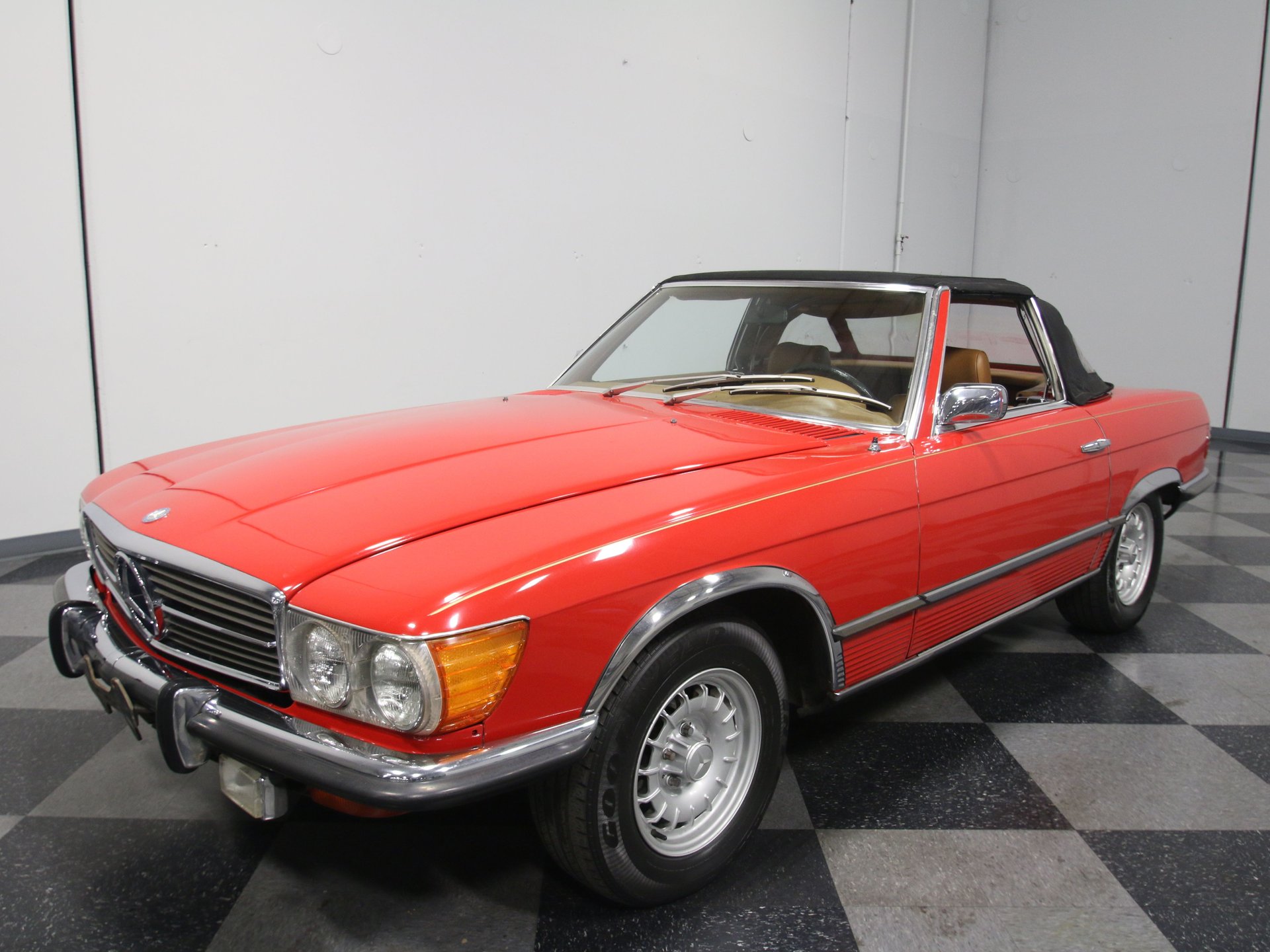