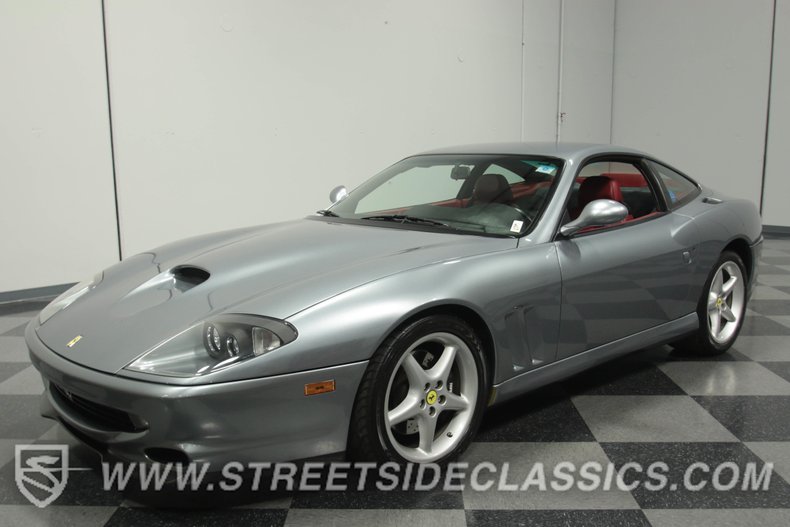 The F550 Maranello is the car Ferrari had to build. V12 power in the front, a sleek 2-seater body, and enough comfort to make it a car you'd take on a long trip instead of a jet flight. The spiritual successor to the legendary Daytona, this exemplary 1998 Ferrari F550 Maranello is a low-mileage example with maintenance records, meaning that you can get one of the recent greats for about half its original sticker price.

Ferraris are an interesting car with remarkably loyal fans, and on a Ferrari, nothing matters like provenance and specification. This car hails from a warm climate and shows just 20,025 miles since it was new, so it's obviously been cherished and babied from new. But Ferraris don't like to sit, so it's also important to realize that this car has been properly exercised for the past 18 years, just enough to keep it 100% fit and ready to enjoy. The lovely anthracite gray paint (called Grigio Titanio Metallic by the Italians) is the ideal choice on a car that's practically designed to attract attention. It's subtle but by no means anonymous, because it's impossible not to get noticed when you drive a V12 Ferrari. Fit and finish on the aluminum bodywork are excellent, in typical Ferrari fashion, and all the paint work is original, so you know this car hasn't been wrecked or hit. There are a few signs of having been used, but even in the Ferrari world, those can be seen as badges of honor, because garage queens are not the norm when you own the greatest road cars in the world. And from any angle, this is truly a beautiful car.

The exceptional interior is trimmed as only the Italians can do it. Beautiful dark red hides are the ideal complement to the gray bodywork and there's no surface inside this car that hasn't been lovingly crafted from some expensive or exotic material. There's virtually no wear on any of the seating surfaces save for the driver's seat outer bolster, which is obviously a high-traffic area. The glove-soft leather is far softer and more supple than on lesser cars, so that's the price you pay for the exquisite texture. The gauges are big and bold, the climate controls are surprisingly effective, and while you used to be able to make jokes about the gorilla-like driving position in a Ferrari, that's no longer the case. The big chrome 6-speed shifter is a joy to row through the gears, clanging through the gate, but it also settles down and makes for a fantastic long-distance cruiser, especially with a large, functional trunk in back.

The 5.5 liter V12 engine from which this model derives its designation is Ferrari at its best. Hugely powerful with 479 horsepower on tap, it's also very user-friendly even in the hands of a relatively new convert to the Ferrari world. The unique bark of the V12 on startup is intoxicating, but it's nothing compared to the full-throttle wail, and the car is equally at home in traffic or on the Autobahn, it just doesn't seem to care what you do. The six-speed snaps through the gears and the suspension isn't race-car stiff, but supple enough to be used every day, yet still delivers higher limits than most drivers can exploit. The brakes are, of course, hugely powerful, and one glance underneath reveals that this car has never seen foul weather. Traditional 5-spoke alloy wheels have a clean, classic look and carry staggered 255/40/18 front and 295/35/18 rear performance radials.

Yes, Ferrari fans, it does come with the books, manuals, and tool kit, as well as maintenance records, so you can buy with confidence. The F550 has reached the bottom of the depreciation curve, and a modern classic like this has nowhere to go but up. Call today! 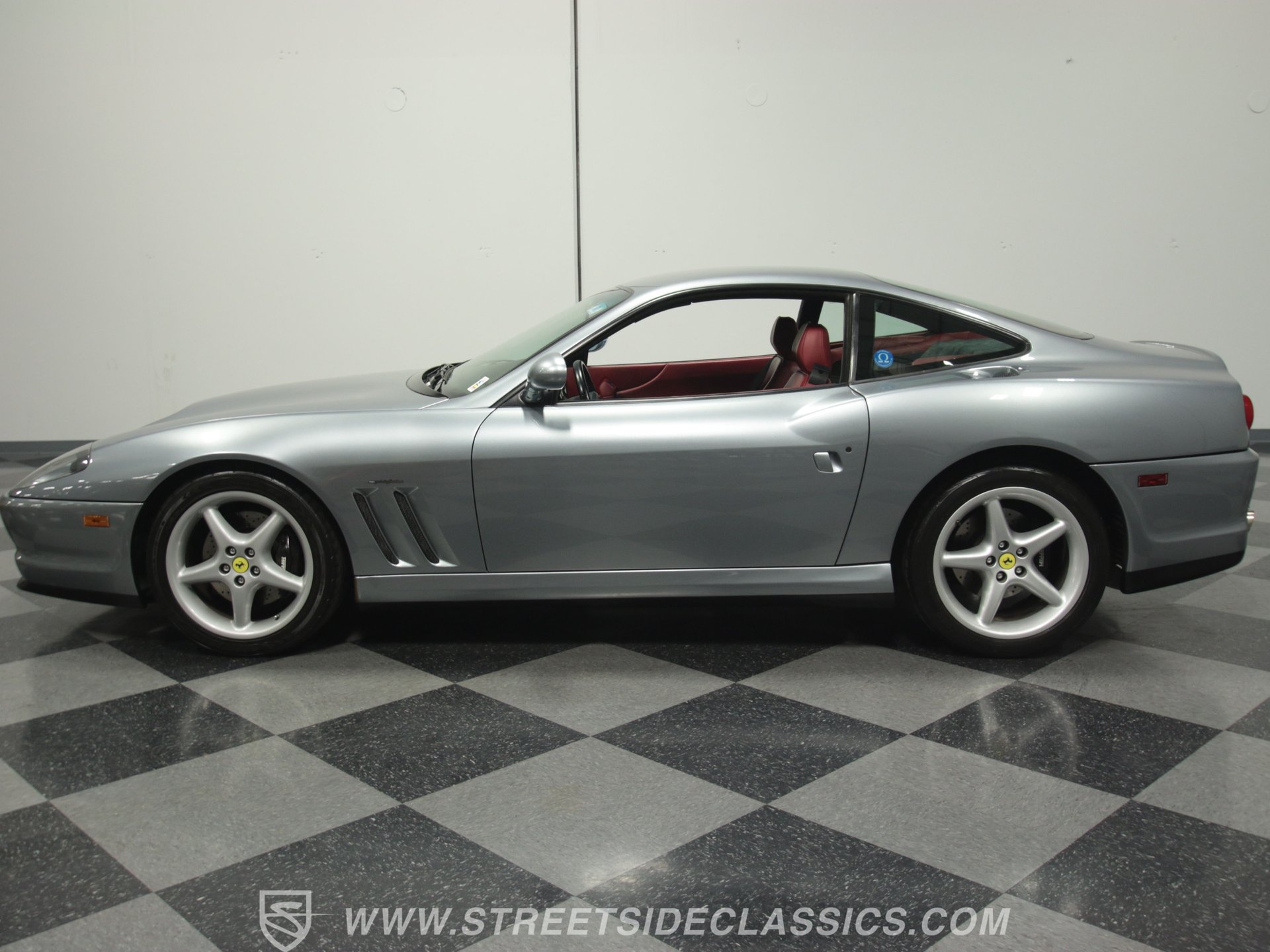