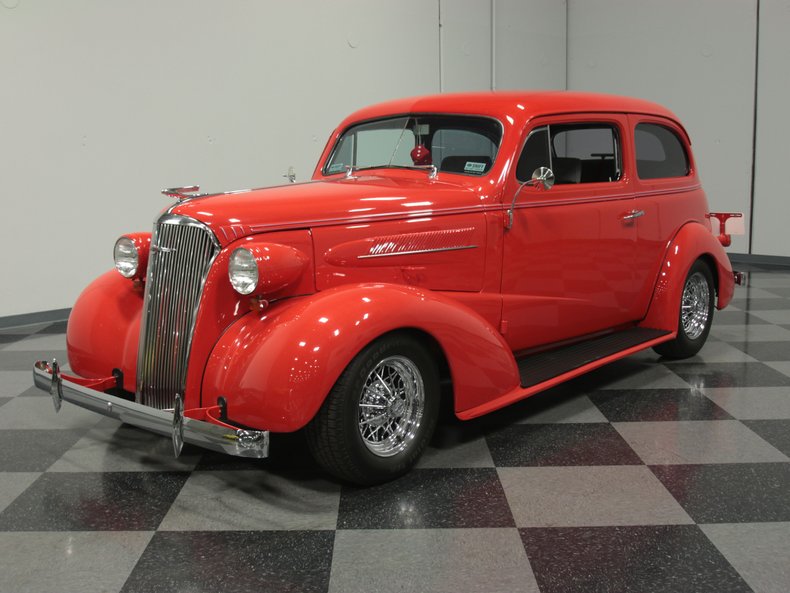 This 1937 Chevrolet 2-door sedan is one of those simple, clean rods that's turn-key and ready to enjoy. How many rods do you know of that are "works in progress?" You know, that car that never quite gets finished, the one with the wires hanging down under the dash, or the Mexican blanket on the seats? If you look around, you'll probably find more than a few with that were just about done when the owner decided enough was enough and stopped working on it.

Instead of dealing with unfinished projects and their associated headaches, allow us to introduce you to this beautifully finished, fully functional, 100% sorted 1937 Chevy two-door. There's not much you can do to improve the looks of these cars, and the builder wisely retained everything that makes them so attractive. Dig the accent line that stretches from behind the front fenders, the cool art-deco taillights, and the grilles in the sides of the hood. Tastefully finished in bright 2-stage urethane and retaining all the little details that make cars of the 1930s so special, it has an awesome vintage look that's still as practical today as it was decades ago. Subtle pinstripes add a custom flavor and highlight the body moldings, and all the chrome bits have been professionally restored. Is it perfect? No, it's been driven and enjoyed, but that also means it's sorted and ready to rock. No disappointments here.

No blankets or seat covers inside, either. Instead, it's a tasteful gray and red fabric passenger compartment that could pass for OEM in a new car. In fact, the bucket seats are from a late-model, and the original back seat and door panels have been upholstered to match. The original dash has been modestly upgraded with aluminum panels that house modern gauges from Auto Meter, while the glove box was commandeered to house the AM/FM/CD stereo head unit. In the middle, the controls for the A/C system are within easy reach and the vents are neatly built into the dash. A tilt column has a gorgeous polished hanger and is topped by a billet wheel wrapped in gray leather. Forget about crude homemade rods, this one looks and feels much more expensive than it is.

Under the hood you'll find a familiar 350 cubic inch V8 which makes this Chevy a pleasure to drive. It's topped by a Holley 4-barrel carburetor and Pertronix supplied the ignition to make it reliable. The firewall has been painted to match the bodywork and the car is fitted with power steering and brakes, and up front there's a big radiator to keep it all cool. It's backed by a TH350 3-speed automatic transmission feeding a 10-bolt rear end, which hangs on a set of leaf springs. The front suspension is a Mustang II setup with coil-overs and dis brakes, so it really does ride like a new car. Twin Magnaflow mufflers sound healthy but aren't overbearing, which makes this car extremely friendly to drive long distances. Handsome chrome wire wheels from Cragar wear staggered 205/70/14 front and 215/70/15 rear BFGoodrich T/A radials.

So if you're tired of looking at other people's unfinished projects and are the sort of hobbyist who would rather be driving than tinkering, take another look at this '37 Chevy. It's a beautiful car for not a lot of money. Call today! 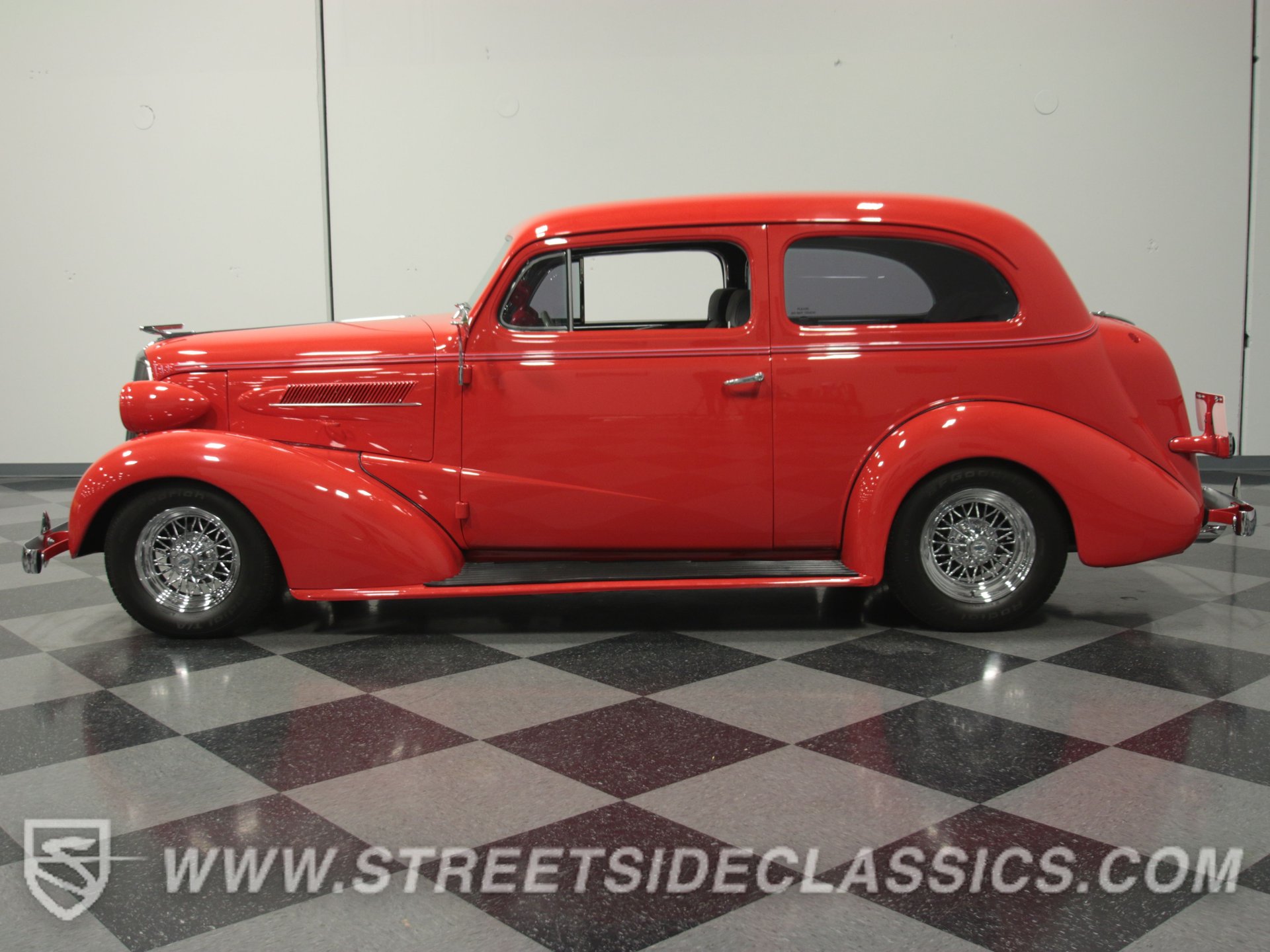