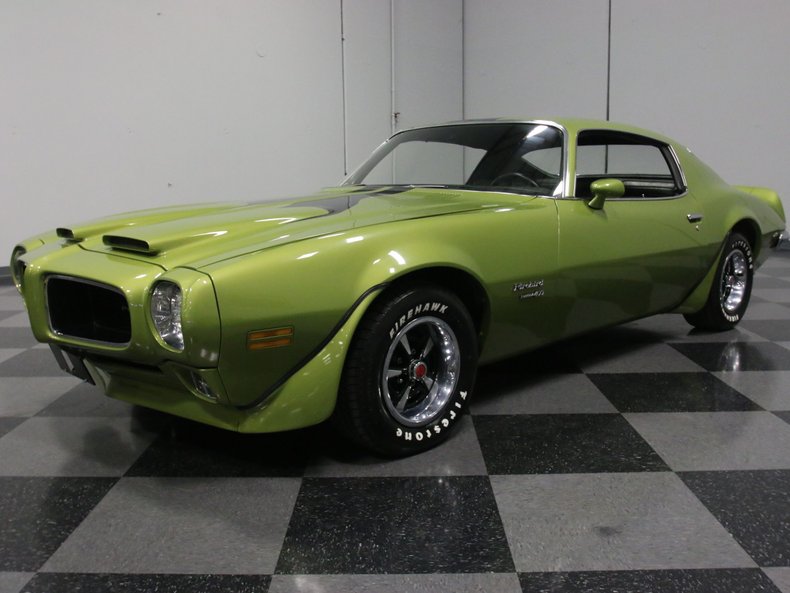 Just because a Firebird doesn't have all the loud decals and spoilers doesn't mean it shouldn't be treated with the utmost respect on the street. Packing some serious firepower in the form of a matching-numbers 400 and 4-speed gearbox, this 1970 Pontiac Firebird Formula 400 delivers big performance without the flash, perfect for the guy who prefers substance over style.

The 1970 Firebirds got off to a late start, so a lot of folks refer to them as 1970-1/2 models, but looking at this Formula 400, the wait was worth it. Bereft of the usual stickers and spoilers that became a Pontiac trademark in the 1970s, this Firebird looks sleek, clean, and sporty. Hunkered down over fat tires, it also looks predatory, and it was still one of the fastest cars on the street in the summer of 1970. Pretty Keylime Green paint is this car's original color, and it's perfect for the era and gives the car a very aggressive look. It's made even more striking with the dark green stripe surrounding the twin hood scoops, a stylistic addition that calls attention to the car's trademark horsepower factory living underneath. The paint isn't perfect or concourse, but it's in great condition either way and makes this car stand out. Finish work is good all around, with doors that fit well and all the bright trim has been given a high polish. It looks fast but restrained, a wonderfully attractive combination that works extremely well here.

Pontiac interiors were some of the best in the muscle car industry back in 1970, but that doesn't mean a good thing can't be made better. Reproduction seat covers were fitted front and rear, giving the four bucket seats an OEM look, but it appears that everything else is original equipment. There's a bit of wear, but they remain in very good shape overall, and with the other components like the carpets and door panels, the whole interior has a very consistent look. The woodgrained dash has a few upgrades like the aftermarket oil pressure and water temperature gauges. A center console with a Hurst 4-speed shifter, a traditional 3-spoke steering wheel, and the view out past the hood scoop remind you that this isn't your average commuter car. The factory AM radio is still in the dash but it's sadly not functional, so an upgrade might be a good idea there. The trunk is in good shape and includes an ancient spare tire on a Rally II wheel, another feature that attests to this car's awesome authenticity.

One of the biggest threats on the street in 1970 was Pontiac's mighty 400 cubic inch V8. This is this car's original, matching-numbers powerplant, recently rebuilt and nicely detailed. Edelbrock supplied the Performer RPM intake manifold and carburetor, but those are the lone modifications to the stout Poncho. It wears proper metallic Pontiac Turquoise engine enamel, chrome valve covers, and things like the alternator and power brake booster and master cylinder are new. You can easily see what a clean car it is by checking the inner fenders and firewall, which are original, and it runs superbly. The 4-speed manual gearbox is linked to a heavy-duty 12-bolt rear end, so no worries about breakage, and it tracks like only an original car can. Long-tube headers and a recent exhaust system with glasspack-style mufflers give it an awesome sound and the totally original undercarriage is in great condition. Stock Pontiac Rally II wheels were used and now carry 15-inch Firestone radials.

With just two owners from new, PHS paperwork, and lots of recent upgrades, this is a pedigreed cruiser that's spent it's whole life in a warm climate, and available for a very reasonable price. Call today! 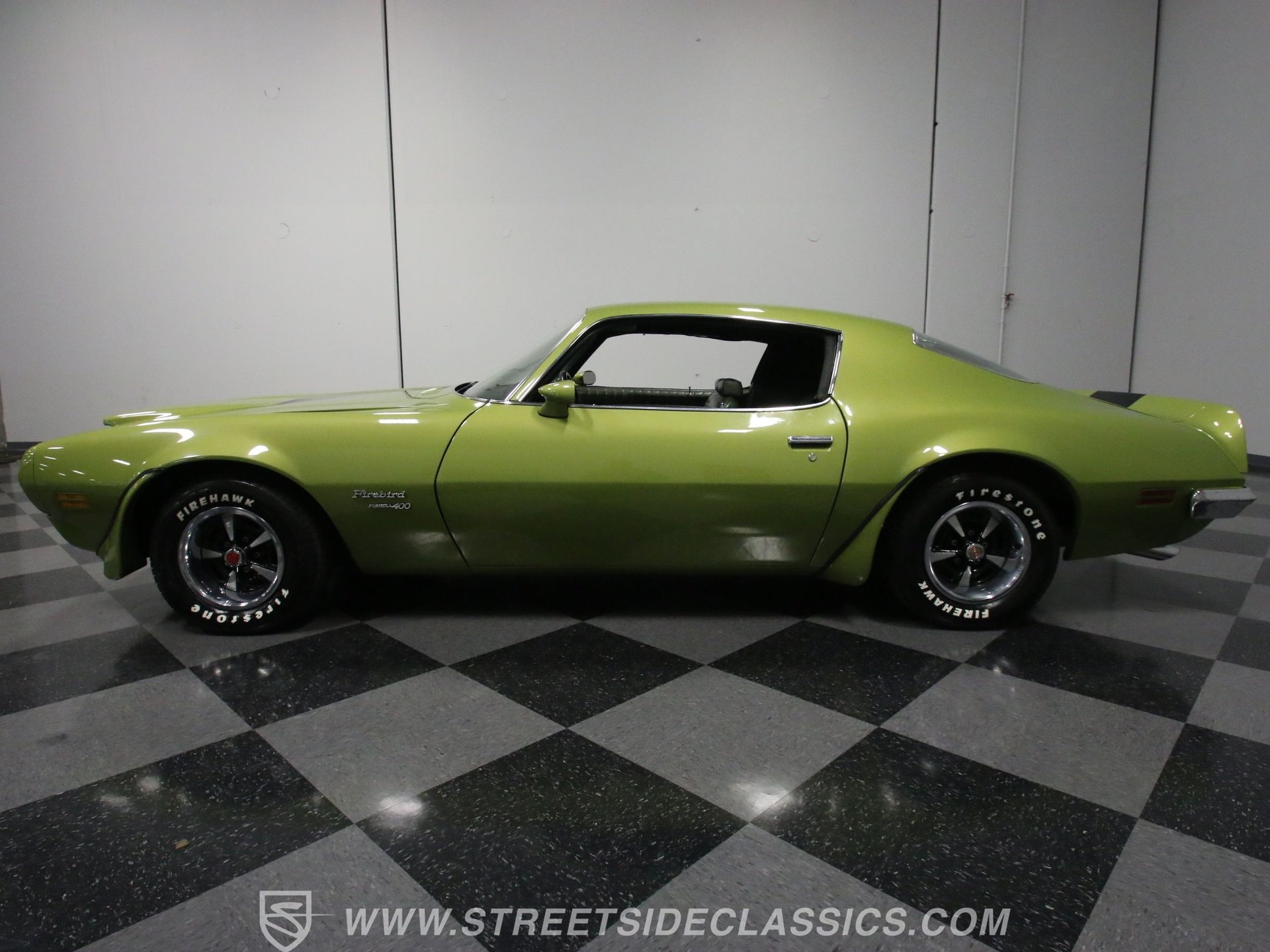