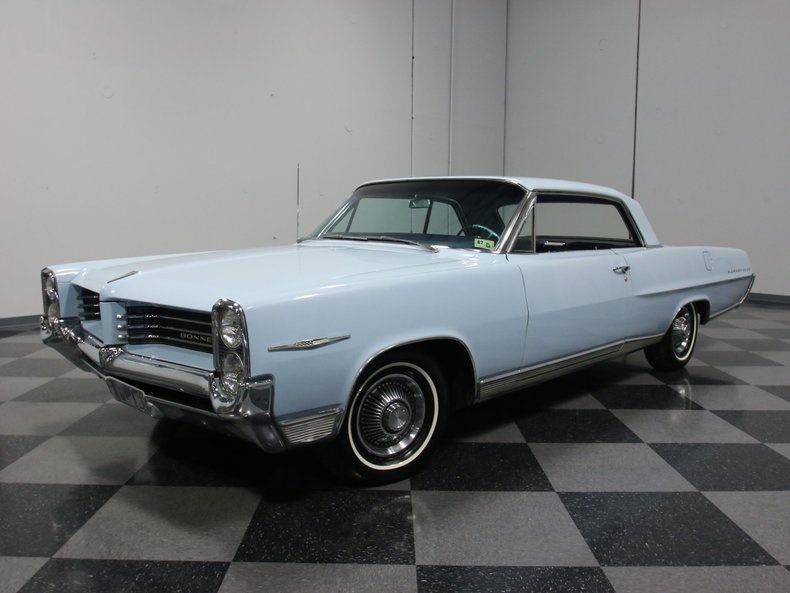 You've seen cars like this 1964 Pontiac Bonneville tucked into garages in your neighborhood. You crane your neck when you're out in the country, trying to peer into barns on old farms. You have an elderly aunt who bought hers new and is still driving it today. Yes, one-owner, low-mile survivors do exist, and this is a positively amazing example.

It shows just 27,666 original miles, and was purchased new in 1964 by the current owner's uncle, so it's pretty much exactly the way it was back then. That uncle clearly loved this car and treated it gently, because a top-of-the-line Bonneville hardtop was not an inexpensive car when it was new. It is also infused with Pontiac performance DNA and crisp styling that makes no secret about this car's relatives, the GTO and the Grand Prix. The paint is original and with that in mind it's simply gorgeous, but yes, it does have a few of the usual signs of age which are pretty much impossible to avoid. However, it's also clear that there are no major accidents in the car's past, no long winters in the rust belt, just an awesome heavy cruiser that was literally the car that was used to go to church on Sundays and very little else. The panel gaps are exactly where they were when the guys on the assembly line put it together and there's some speculation that a family member worked in the Doraville assembly plant and when this car came down the line, they gave it a lot of extra attention to make it right. Even the chrome, which is often the first thing to go on a vintage car, still sparkles brightly and while it's not perfect, it's pretty darned impressive.

GM nailed it with the Bonneville's interior, a combination of full-sized luxury and just a hint of performance, the exact right combination for the young executive with a family. The two-tone upholstery is comfortable and in excellent condition, with rare front buckets and a spacious rear bench that echoes the bucket look. A few well-chosen woodgrain appliques warm up the blue interior and they work well with the sparkling trim on the dash, highlighting the Bonneville's "executive express" status. A trio of gauges is angled towards the driver, just above the original AM radio that's still fully functional. That remarkable clear plastic steering wheel is original equipment and remains in fantastic condition, a really rare find on a car like this. Heck, that's even the original rubber floor mat! The only notable issue is that the clock doesn't work and the heater core has been bypassed, but otherwise this is one incredible piece of Pontiac history. The trunk is positively massive and it sure looks like it still holds the original mat, along with a full-sized spare and jack assembly.

The original, numbers-matching 389 cubic inch V8 was a fantastic performer in the Bonneville. Neither the engine nor the 3-speed automatic transmission have ever been opened, but thanks to the low mileage it still starts, runs, and drives like a much younger car. The engine bay is pretty original and a bit grungy, but all the original equipment save for things like hoses, belts, and tune-up parts remains intact, making this a great survivor. The underside is as clean as you'd expect, with that undeniably smooth, confident feel only survivors can offer. The exhaust has a mellow V8 tone that's just right for the upscale Bonneville and it sits on recent whitewall radials and factory hubcaps that look exactly right.

Impressive is the right word for a car like this, both in terms of preservation and performance. If there's more luxury muscle for less money anywhere, I'd be shocked. Call today! 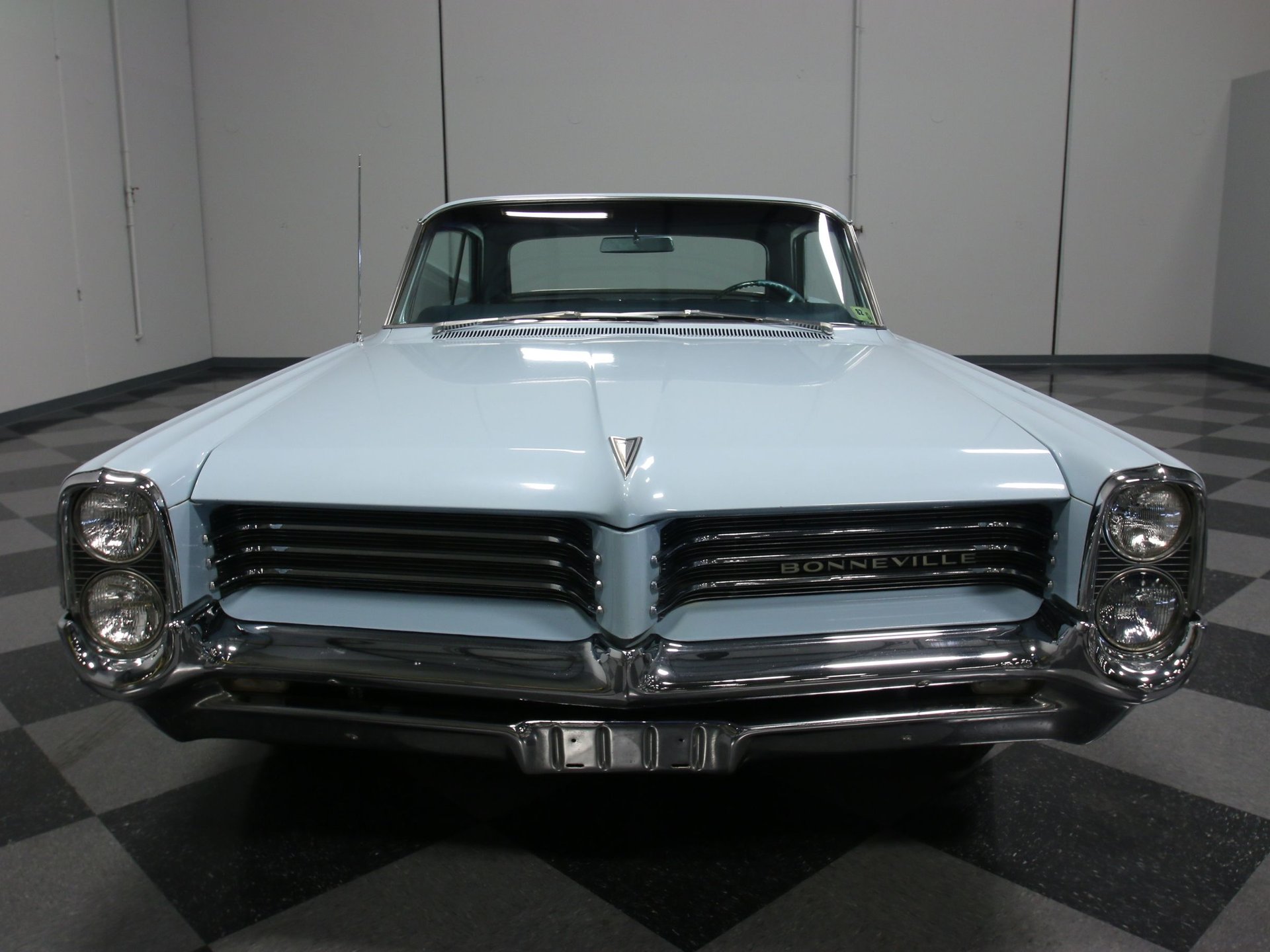