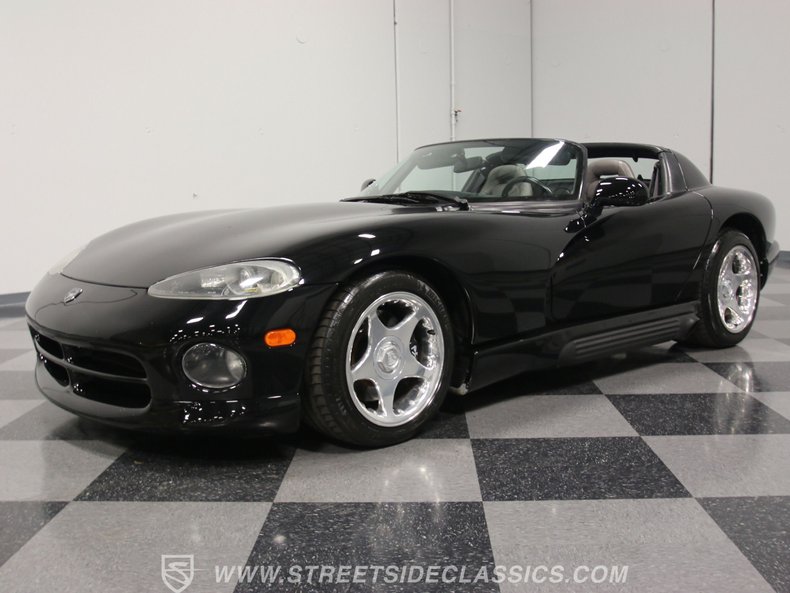 The first-generation Viper tapped into desires we'd all but forgotten we had. Big horsepower, no roof, and a minimum of creature comforts, it was the modern embodiment of the original Cobra. This 1994 Viper, like many of its kind, has been cherished by its owner and remains a monument to an era when Chrysler reinvented itself on the back of the snake.

There's probably nobody on the road who doesn't recognize this nasty black Viper as something remarkable. The swoopy body was rendered in various plastics, not aluminum like the Cobra, but the resemblance is definitely there. Perhaps there are only so many ways to clothe a giant engine and a minimalist chassis. Anyway, the long hood, short deck look totally works here and has been washed and waxed so carefully throughout its life that it still has a showroom shine. Sure, it's been driven, but only 45,397 miles, and there is no evidence of abuse or track use anywhere on the car. Even things like the chin spoiler and rocker panels remain in good order with very little road rash, and if this car has ever seen rain, I'd be shocked. Black paint is always hard to maintain, but this one shines up beautifully and really shows off the clean lines of the early Viper with a minimum of styling add-ons and no stripes. It's just brutal.

Inside, the minimalist approach paid serious dividends with a pair of deeply bolstered buckets and only the essentials. By 1994 A/C was an option, and it's included on this car, but other than that, if it didn't make the car go faster, it was not available. The leather driver's seat shows minor signs of wear, but no damage or even scuffs on the side bolsters where they take the most abuse. The wide center console straddles the 6-speed manual transmission, and the instruments are all individually nestled into their own round openings in the dash. The original stereo was a cheesy off-the-shelf Chrysler piece, so it's been upgraded to an Alpine AM/FM/CD unit that sounds worlds better thanks to two amplifiers and a trio of thundering subwoofers in the trunk, and it can be heard even over the sound of the side pipes. There are, of course, no windows, but the toupee-like top and side curtains are included, and they've probably never been used, which is how it should be.

The Viper's whole reason for existing in the first place was to showcase Chrysler's new V10 truck engine. Never mind that the all-aluminum engine in the Viper didn't share even one component with the truck lump and that the work was farmed out to Lamborghini instead. The net result is a torque monster that catapults the roadster forward at any speed, in any gear. The bright red intake manifold is a work of art all by itself, and the spotless engine bay is more proof of a dedicated and conscientious owner. The chassis looks like a fabricated piece, which it pretty much was, but it came built for combat with an A-arm suspension and massive disc brakes at all four corners. The mechanicals are virtually bulletproof and have demonstrated over the years that Chrysler over-engineered their halo car because they knew nobody would be taking it easy with the loud pedal. This one wears chrome wheels from a later model and suitable Michelin 17-inch performance radials, which were as big as tires got in 1994.

The Viper is still the king of the hill, and even after 20 years, this one will still break hearts. Call today! 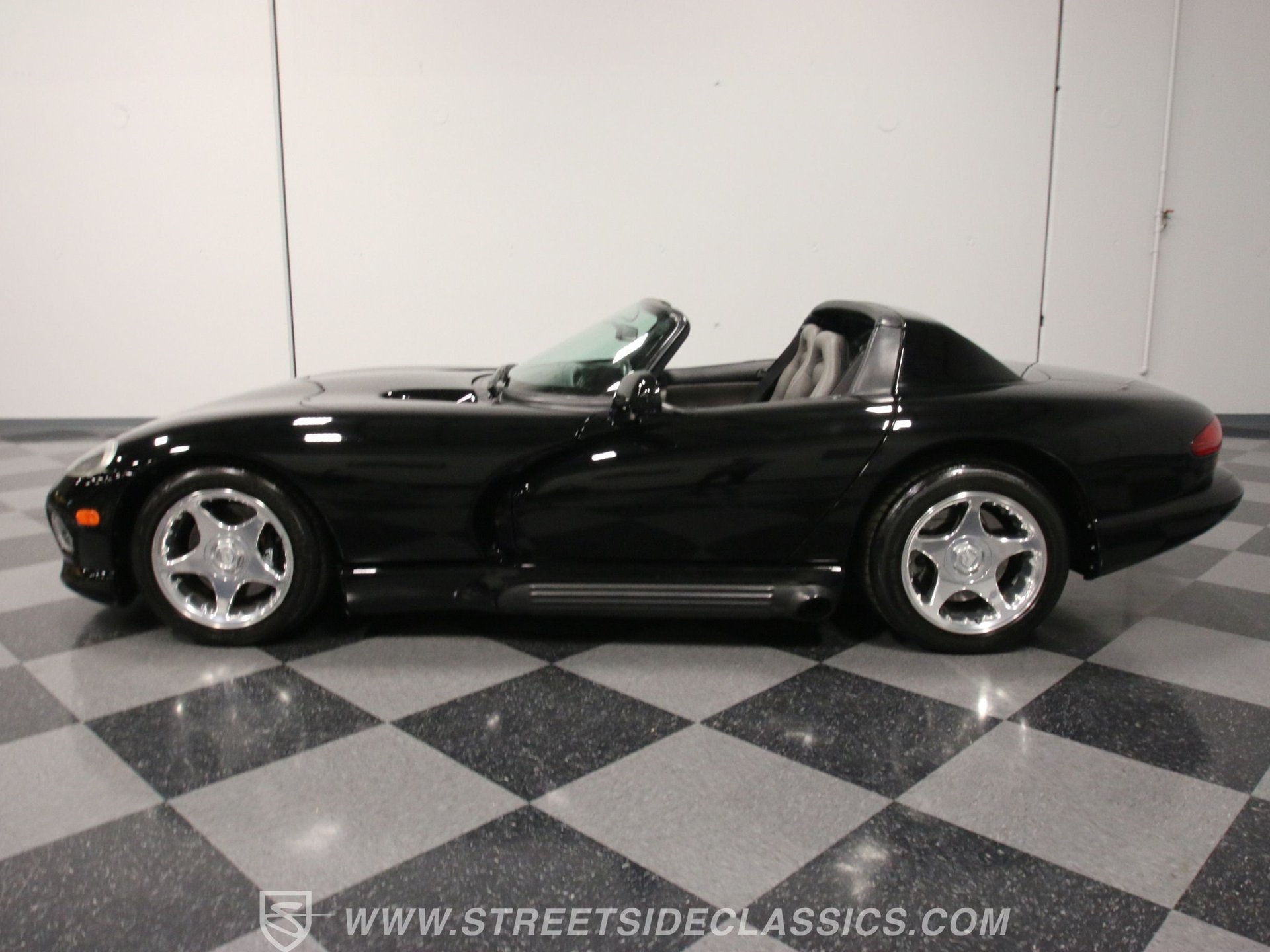