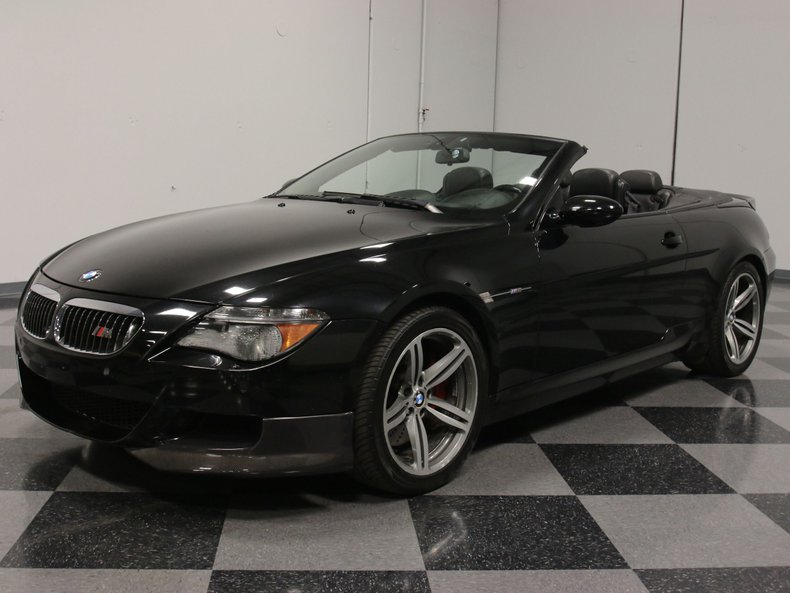 Holy cow, is this 2007 BMW M6 convertible a lot of performance for the money or what? With a 500 horsepower V10, every trick BMW knew about going fast, and a drop-top body style, this is the ultimate BMW performance car, now available for about 20% of its original sticker price.

If you never thought A-list performance would be within your reach, guess again. This BMW is shockingly nice for what it costs, and no, of course it's not perfect, but it's got the right colors, everything works, and yes, it really is as fast as you think it is. Basic black always works best on these big German hammers, and the car is intimidating from any angle without having to be brash about it. The 6-Series always looked best as a convertible, and the hyper-aggressive M makeover only accentuates everything that we love about it. The black paint is in good shape, and it looks as though the nose might have been repainted at some point, so no worries there. Panel fit is exemplary, just as you'd expect from BMW's flagship, it remains eminently tasteful. A custom carbon fiber chin spoiler appears to be the lone modification, and it blends in seamlessly with the overall design. This is still a very imposing car on the highway.

The black leather interior is sumptuous and technologically advanced. The seats show modest wear, just as you'd expect for the age and mileage, and, of course, being in the sun all the time. The deep bucket seats hold you in place during spirited driving and nobody else does a driver-oriented cockpit quite like BMW. The gauges are big and easy to read, the pedal/wheel/shifter relationship is perfect, and every feature you could imagine in 2007 was standard equipment. This car has BMW's DSG automatic transmission with paddle shifters, so it's got very quick reflexes but is user-friendly enough for your mom to drive it, and even the iDrive system is friendly enough once you get the hang of it. Power windows, locks, mirrors, and seats are standard, plus automatic climate control, cruise control, and a powerful AM/FM/CD stereo system with a back-up camera. The carpets show very little wear and the convertible top raises and lowers itself with the touch of a button and seals up remarkably well. The trunk isn't huge, but it's well-shaped and looks like new.

A 5.0 liter V10 engine was the heart of the M6, a bespoke powerplant designed to make BMW the king of the Autobahn. In truth, it's incredibly docile given its massive performance envelope, and if you never stomped on the loud pedal, you'll never even suspect that there's such ferocity living within. It has been recently serviced by a BMW dealer, including a new battery and alternator, so it's ready to rock. It has not been modified in any way, so that's another sign that it's led an easy life, and it runs and drives like it should. Twin air filter assemblies feed the engine as if it were two inline-fives, and the V10 exhaust note is unique, a tenor wail that's quite appropriate, especially when the top is down. The suspension is competent, so it's firm, but in that uniquely German way that isn't abusive, and the brakes are positively massive discs at all four corners. It's fitted with gorgeous 5-spoke alloys that really show off the vented and cross-drilled rotors and carry recent Kumho performance radials.

You haven't experienced performance and refinement like this, and certainly not at this price point. A verifiable super car available for the price of a Hyundai, how cool is that? Call today! 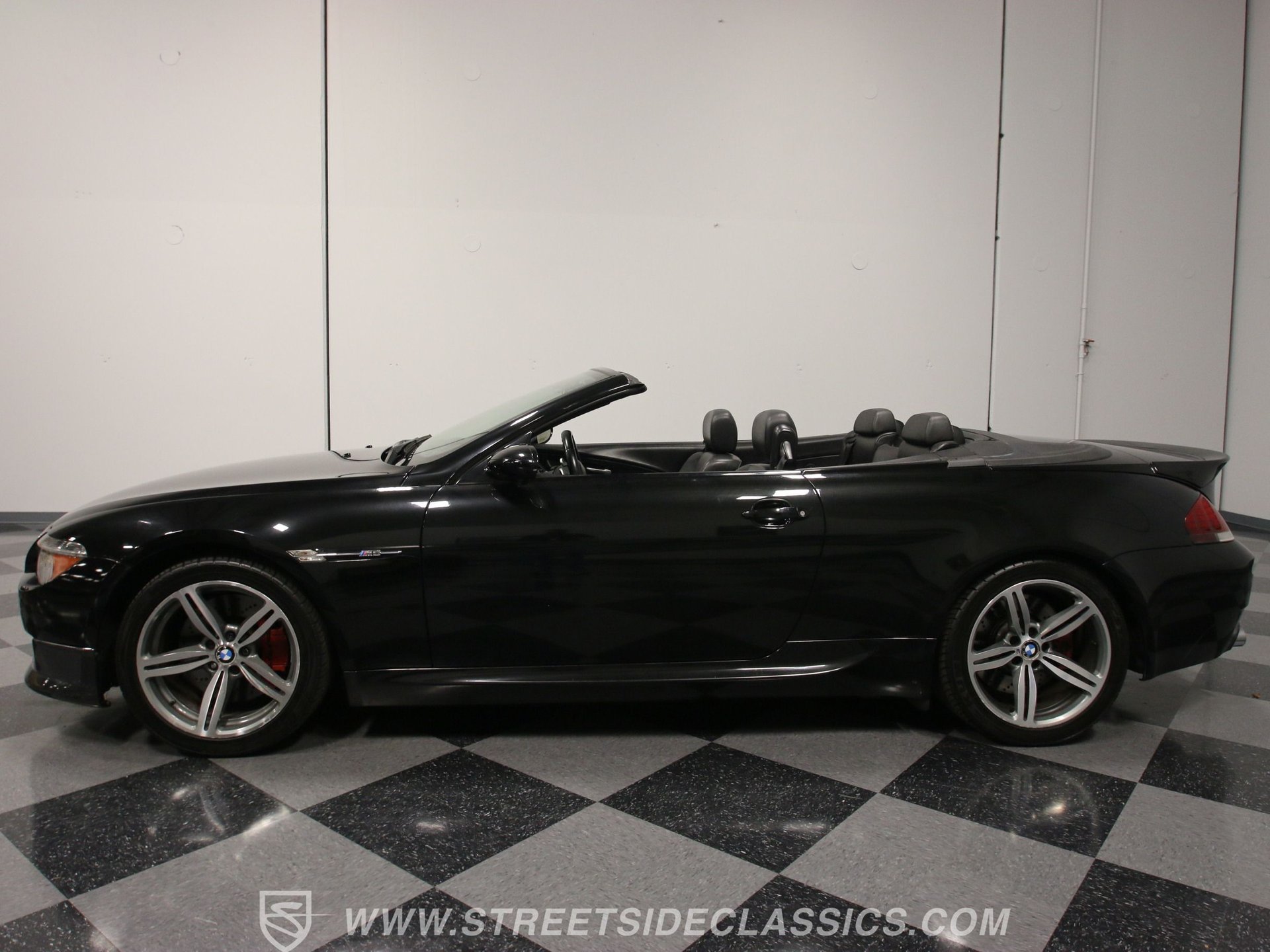