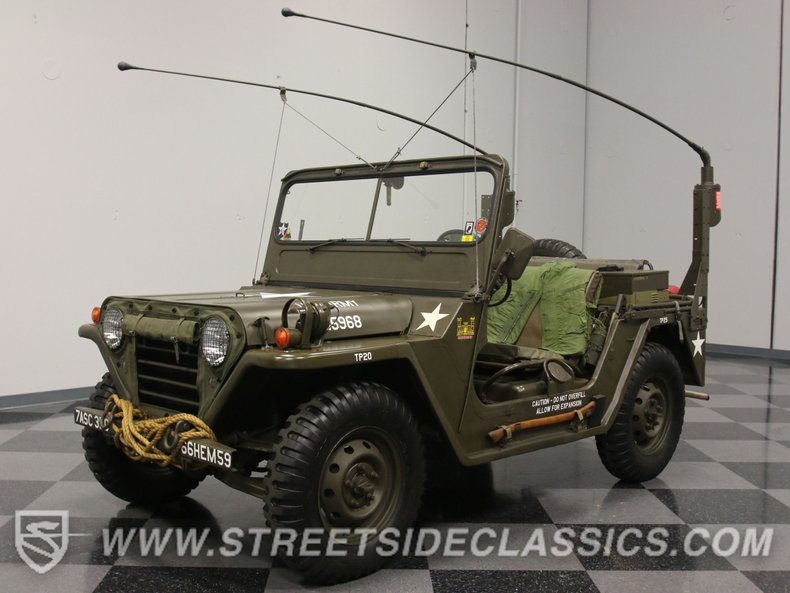 Everyone knows today's Jeeps are direct descendants of the World War II military vehicles, but if you want something a little more authentic, then perhaps this incredibly accurate 1967 Jeep M151A1 will suit you better. A real-deal military vehicle that was decommissioned but never cut up for scrap, it's a fantastic glimpse into the most versatile vehicle ever conceived.

These surplus Jeeps were often sold to the public (you may have seen the ads in the back of magazines like "Popular Mechanics"), but before that, they were usually cut into four pieces and fully disassembled, leaving it to the new owner to put it all back together. Well, this incredible Jeep was never cut up and was fully restored to fully functional condition, including all the equipment it offered when it was in service. Of course there's the olive drab paint job, complete with authentic markings and stencils, but there's so much more than that. The front end is equipped with headlight guards, a roll-up radiator canvas, and a tow rope around the front bumper. A correct military-grade axe hangs under the driver's door opening, joined by a shovel on the passenger's side. Out back, there a jerry can, rear-mounted spare, and a pair of whip antennas up top. Heck, just collecting all the authentic tools, hangers, and other equipment must have taken a staggering amount of time and money, never mind restoring it all to like new condition.

If you served prior to the introduction of the Humvee, then you'll find this one very familiar. It's bare bones throughout, from the canvas seat cushions (complete with authentic flack jackets) to the narrow rubber-rimmed steering. The starter is still a foot pedal and you'll be amazed by how heavy-duty everything is, from the tubes feeding the windshield wiper motors to the original gauges in the center of the dash. More awesome accessories and equipment include the heavy-duty M4 pedestal mount for the 50-caliber gun (the gun itself is included, and stows in the matching trailer), the dual shortwave radios setup in back, and the ammo box between the seats. Remarkably, this Jeep also includes a full set of foul weather gear, including a canvas top and side curtains, something very rarely seen, even on restored military-spec Jeeps.

The engine is the same rugged and reliable 141 cubic inch inline four that was used throughout M151 production. We understand that this engine is from a later model, but they're all pretty much identical so the difference is academic. It's fully rebuilt and runs great, with a familiar Jeep sound that's gruff but somehow soothing, as if nothing can make it stop running. The engine bay is neatly detailed with basic olive drab paint and satin black enamel, but check out all the heavy-duty features. The air cleaner is designed to allow the Jeep to ford streams, the fuel system has hard lines instead of rubber hoses, and even the spark plug wires are armored. The 3-speed manual transmission shifts easily and the suspension makes it feel agile and quick. Brakes are drums, the suspension is live axles and leaf springs, but there's nothing here that can't be easily serviced in the field. New tires are a pretty close match to the original military rubber and give it just the right military look.

The matching trailer is included and that, too, has been restored to the same high standards and comes fully outfitted with more hardware, boxes, cans, and canvas. If you want a show-stopper that everyone can relate to, the ultimate Memorial Day parade vehicle, and something that's just plain fun, this Jeep delivers in a big way. Call today! 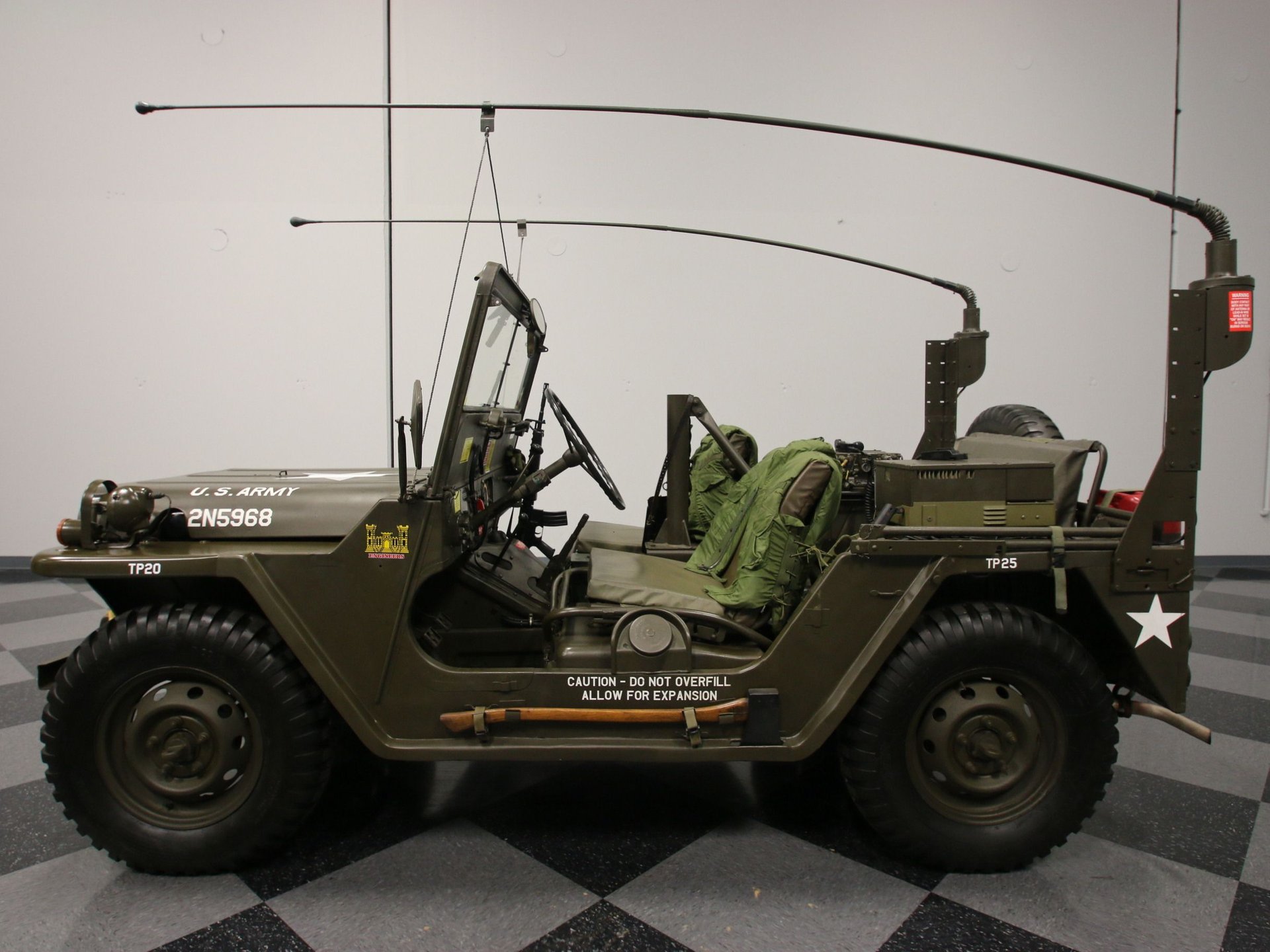