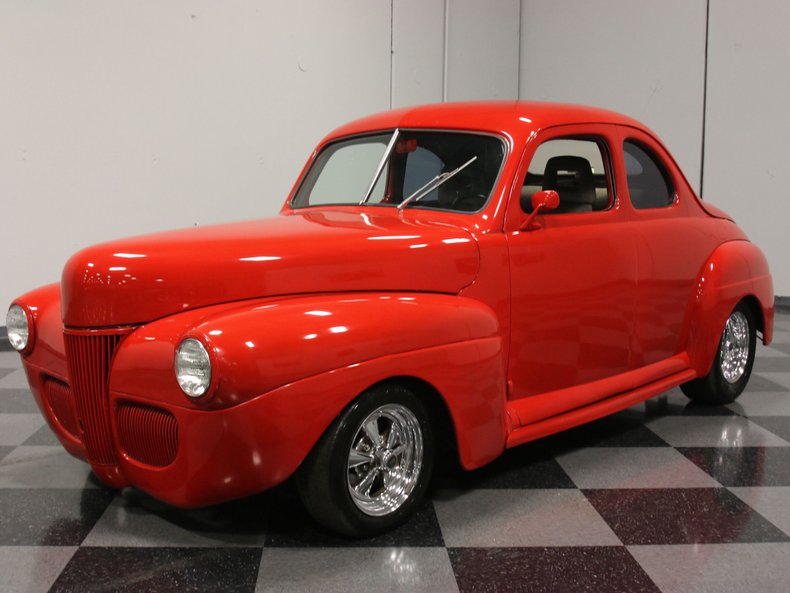 Usually Ford coupes like this bright red 1941 Deluxe cost tens of thousands more than this one. It's a solid rod with all the toys, including A/C, door poppers, and power windows, plus that bright red paint job, and with a little TLC it could be truly spectacular. In the meantime, however, you have a cool car that's ready to play.

The '41 Fords got a new look that was an evolution of the ever-popular 1940s, and it makes for a clean-looking rod when all the extraneous trim has been shaved. The bumpers are gone, the hood was nosed and decked, the door handles were shaved, and there's a custom rear roll pan that gives it that popular fat-fendered look. The original grilles were painted to match the bodywork, a searing red pain that will never go out of style, and there are 1939 Ford LED taillights out back for a bit of a modern touch. It was probably built 15 or 20 years ago, so don't expect trailer-queen paint, but even though it shows a few signs of use, it's still quite presentable. Credit for that can go to the build, which was quite nicely done and the even gaps and good door fit is testament to someone doing the job right. The traditional Ford coupe profile looks great with that raked ... Please ask for the full description. 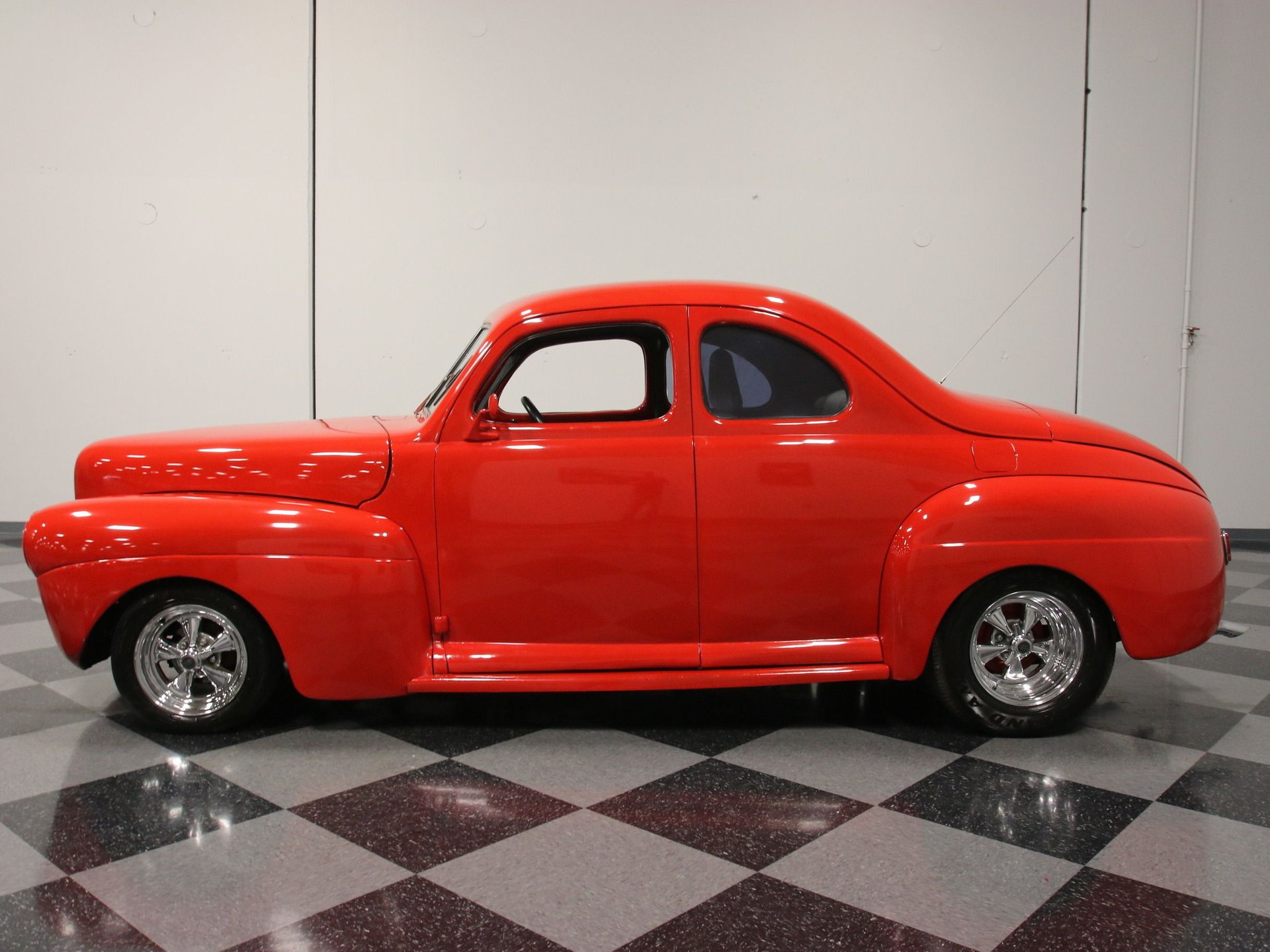