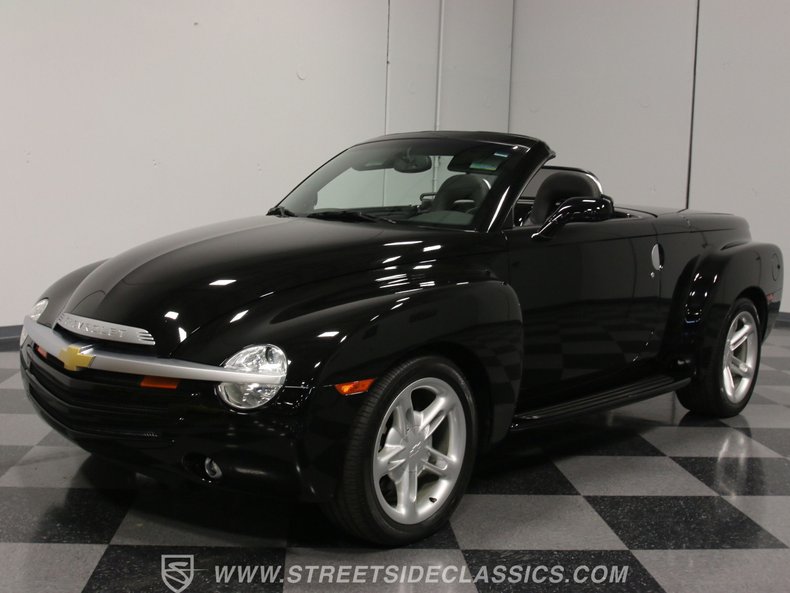 This 2005 Chevrolet SSR pickup is proof of life. When an automaker takes a chance and builds something unique and special, regardless of whether it's a success, everyone who loves cars should applaud the effort. And there's certainly a lot to appreciate in the SSR, a roadster pickup with the heart of a Corvette, so there's no question you'll love owning and driving this one.

The look was ostensibly inspired by the "Advance Design" pickups of the 1940s and early 1950s, but the sleek, modern take on the ancient pickup makes the SSR eyeball candy for the everyman. The SSR also introduced new technology to GM, including the deep-draw fenders which were previously impossible to create. But all that's really beside the point, because this sucker looks awesome! Basic black is kind of a low-key color on the flashy little pickup, but it does highlight the awesome body shapes, accenting the curvaceous fenders and tying in neatly with the SSR badges on the doors. And unlike so many of its peers, this one is quite stock and shows just 21,090 original miles, which is a good thing because you don't want one that's been abused. In fact, this one seems to have never seen anything more inclement than a spring shower, with great paint that shows an above-average factory finish suggesting that GM painters (even if they were robots) knew they were building something special.

Black leather buckets and every possible comfort and convenience item were standard equipment on the SSR. If you wanted one loaded, your only options were an upgraded sound system and choice of transmissions (this one has the 4-speed automatic, which is only .2 seconds slower in the quarter-mile than the 6-speed manual). Everything works, of course, including the trick gauges that do a neat little dance whenever you key it up, and the instrument panel is joined by a color-matched center console with its own set of auxiliary dials. It's a neat blend of futuristic looks and retro touches like the steering wheel, all of it working together to create one heck of a fun machine. And while the bed is ostensibly that of a pickup, the weather-proof tonneau cover, wood rub strips, and full carpet set suggests that it was designed for something other than hauling raw materials.

In 2005, the fun was increased by 30% with the addition of the Corvette-based LS2 powerplant. At 6.0 liters, it makes a nice, fat 390 horsepower and 405 pounds of torque, enough to lop more than two seconds of the performance of its earlier siblings. While that would make me angry if I bought one of the early ones, the point is that you can own this 2005 without the fear that you didn't buy the right one. As you'd expect, this one has been properly maintained and used only as a fair-weather toy, so there are no modifications under the hood, despite a lot of the Corvette gear simply bolting on. The suspension and brakes still work like new, the transmission clicks off rocket-fast shifts, and, well, it even still feels like a new truck. Even the chrome alloys look bright and unmarked, wearing 255/50/19 front and massive 295/40/20 rear Goodyear run-flat radials with plenty of life left in them.

Still stunning a decade after its debut, this is a lot of fun that's also surprisingly practical. If you can't quite make up your mind whether you want a Camaro, a Corvette roadster, or a pickup, perhaps this is the solution. Call today! 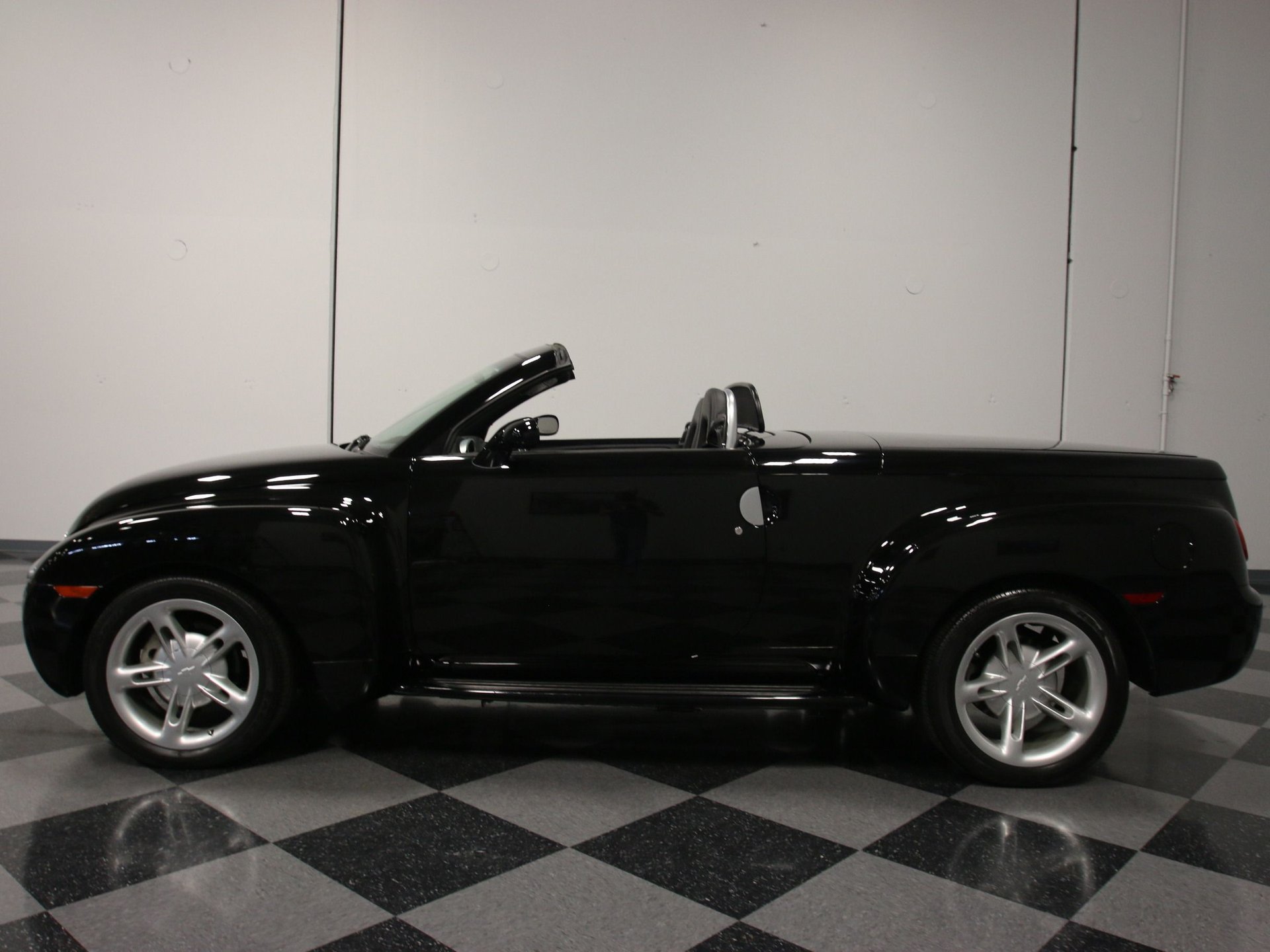