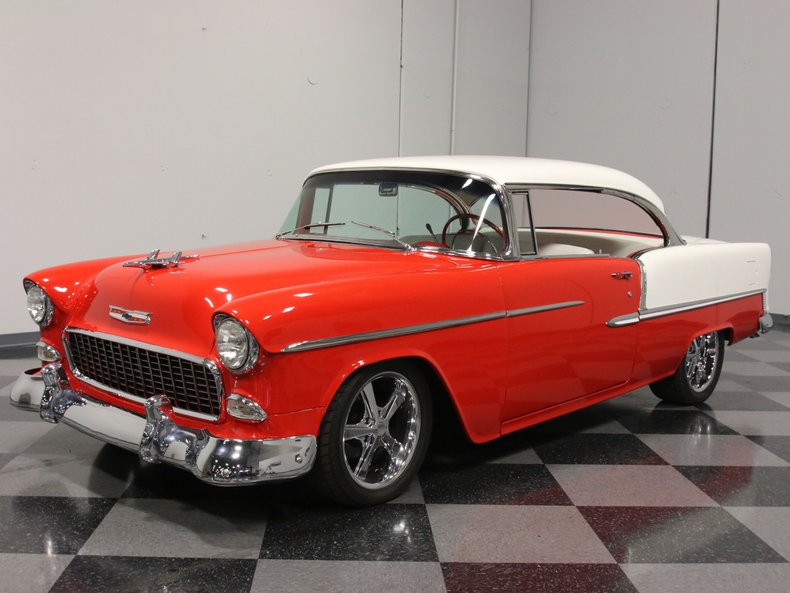 Cars like this 1955 Chevy Bel Air require two things: time and money. The more of one you have, the less of the other you need, but there's no way around it, a car this nice requires a serious investment. Packing a beautifully detailed LS1 under the hood and a '50s perfect two-tone color scheme, this is a car that everyone can appreciate. Fast, reliable, and gorgeous, it's everything the original designers wanted the 1955 Chevy to be, and with only 161 miles on the build, it's fresh, fresh, fresh!

The two-tone paint job looks very factory correct, although it uses modern Victory Red and bright white to give it a sparkling contrast. It's a combination that would have looked right at home on the streets of 1955, although there was no such thing as paint that looked this good back then. The bodywork is straight enough that the glossy paint shows beautifully, and the car fits together extremely well, the result of all that time and money. The white India Ivory is a very elegant contrast to the bright, cheerful red, and together they give the car a bright glow that is perfect for the era without the heavy metallics we get today. All the original trim is intact, which also means someone spent enough cash restoring it to put a kid through college. Detailing is crisp, and there are virtually zero flaws in the brightwork. In person, this car is impossible to ignore.

The interior has been restored to look period correct with a few notable exceptions. The seats wear two-tone leather seat covers with narrow pleats for a true '50s vibe and the door panels were stitched to match. Matching red carpets show expert binding work and the headliner overhead uses chrome bows that are one of the car's most striking styling features. You'll note the dash is quite stock and totally dazzling, with the original gauges being restored and functional. Sharp-eyed viewers will spot the A/C vents under the dash, which are effective without changing the character of the interior. There is no radio, but that only means it's waiting for you to install the entertainment system of your own choosing, and it hasn't been cut so no worries there. In back, the trunk was restored with a rubber mat and you'll note that even the rear of the back seat has been upholstered.

Power comes from a well-dressed LS1 V8 that was built to cruise. Liberal doses of chrome and polished aluminum make the engine bay glitter, including the intake snorkel, brake master cylinder, and A/C compressor. Modern amenities include factory fuel injection, so it starts and idles like your daily driver and actually pulls down decent fuel economy on the open road. Wiring and plumbing is neatly installed and with a big aluminum radiator up front, keeping things cool is no big deal. Underneath there's a slick-shifting 4-speed 4L60E automatic transmission, a nice upgrade over the original 2-speed PowerGlide. Custom headers feed a mellow-sounding dual exhaust system with Flowmaster mufflers while the suspension and brakes have been fully rebuilt. It rides on a set of staggered American Racing aluminum wheels with 17-inch Nittos up front and 18s in back.

It's rare to see cars this nice, and when one like this shows up at a cruise night or car show, it's obvious where the big money was spent. From the superb paint and bodywork to the rumbling V8 under the hood, it's a car that will delight you every time you see it in the garage or climb behind the wheel, which is what this hobby is all about. Call today! 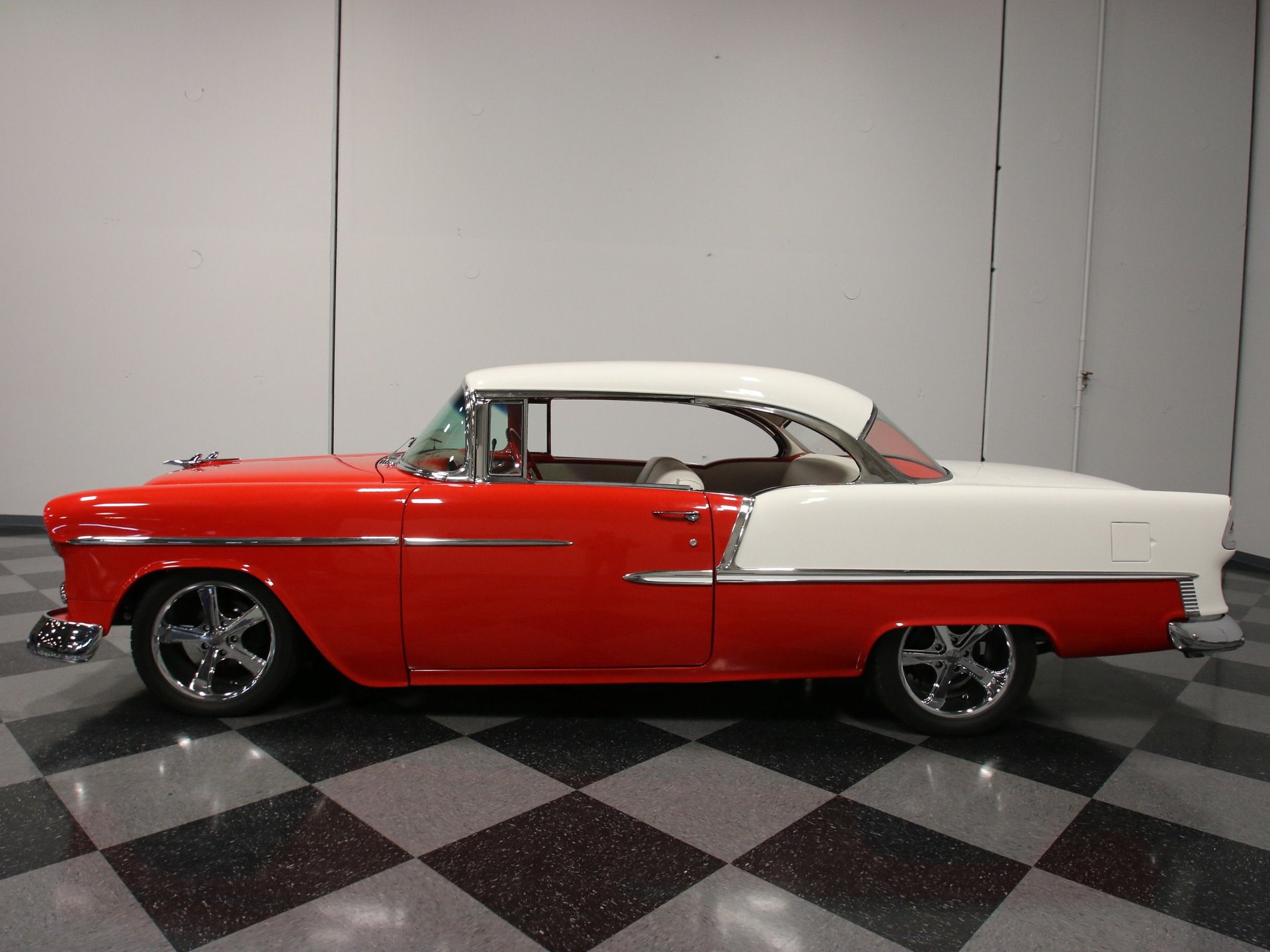