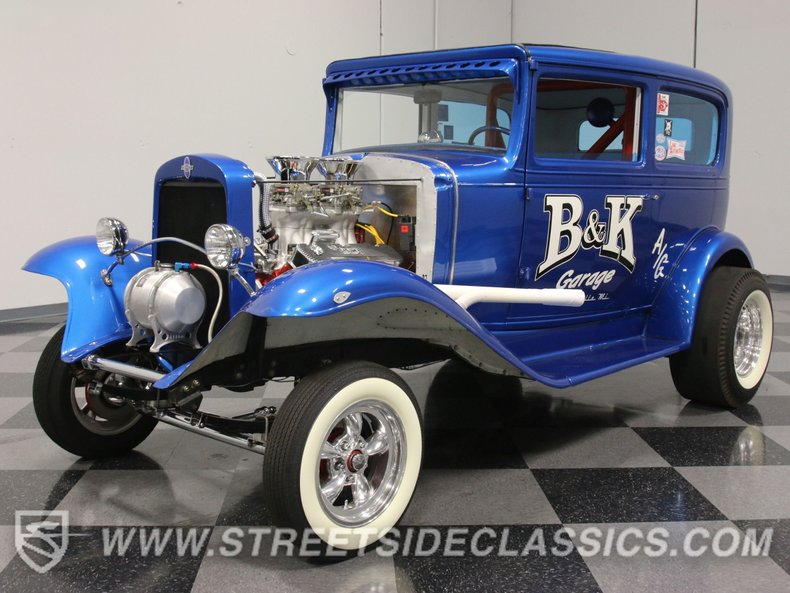 Nostalgia is all the rage these days, and if you were around in the early 1960s and spent any time at all at the drag strip, a car very much like this 1930 Chevrolet sedan probably caught your eye. Of course, this one is a modern restoration of an original vintage racer, and with that comes 50 years of technological progress, making it faster, safer, and more outrageous than the original without changing that nose-up gasser look.

There's just no avoiding this car; in the parking lot, at the car show, on the road, and at the strip, this Chevy demands your attention. It's got that cool old-school look but the modern finish quality is worlds beyond anything the guys were doing in the '60s. Taking a clean 1930 Chevy 2-door sedan, they kept the body pretty much intact, smoothing it out and covering it in that brilliant blue paint, but the original moldings remain in place and only the fenders are fiberglass with everything else being original steel. Heck, they didn't even chop the top! The radiator up front is flanked by a pair of King Bee style headlights, and there's a small fuel cell up front, which was a gasser design that used acceleration to force fuel into the carburetor; clever, no? Vintage-looking graphics on the doors are a great way to grab attention and you'll note that the headers are white as well, which was all the rage back in the day. Even the Lexan windows are tinted blue to give it a nostalgic look that really works well. Oh, yea, there's also a parachute on the back, you know, just in case...

The interior is a combination of bare-bones race car and cool retro rod. Form-fitting buckets are simple '60s shells that offer minimalist weight and reasonable comfort for cruising. The floor is covered in simple rubber mats and the transmission tunnel has obviously been re-shaped. A red roll cage reinforces the vintage sedan so it's safe and substantial going down the road. On the other hand, there's also a full headliner and nicely finished side and door panels that give it a polished feel inside and make it a great place to spend some time. A full array of Stewart Warner gauges is in the center of the dash with a big tach parked up top. That long handled shifter offers a piston knob and controls a TH400 3-speed automatic transmission. It's all brand new, so everything is crisp and fresh, but almost exactly the way it was back in the day.

A fresh 454 cubic inch Chevy V8 with dual quads probably delivers more power than all but the most radical race engines of the 1960s, yet it's docile enough to drive on the street. There's a mild cam inside, a heavy-duty radiator with dual electric fans to keep it cool, and the twin Edelbrocks on a Weiand intake look incredibly potent. The top end of the engine was recently freshened and everything was detailed like new. Finned Mickey Thompson valve covers are a period look and the red painted block, blue bodywork, and white headers are a bit patriotic, don't you think? The aforementioned TH400 transmission feeds a Ford 9-inch rear end on a set of ladder bars that do their best to hook it up. The front suspension is an I-beam on leaf springs, which gives it that nose-up look, and it's been fitted with front disc brakes for safety. Polished Torque Thrust mags are the only choice on something like this, and they're wrapped in 5.60-15 whitewalls up front and giant 10-inch whitewall slicks out back.

A cool old-school hot rod with a ton of performance, impressive build quality, and all the nostalgia you'd ever want. Call today! 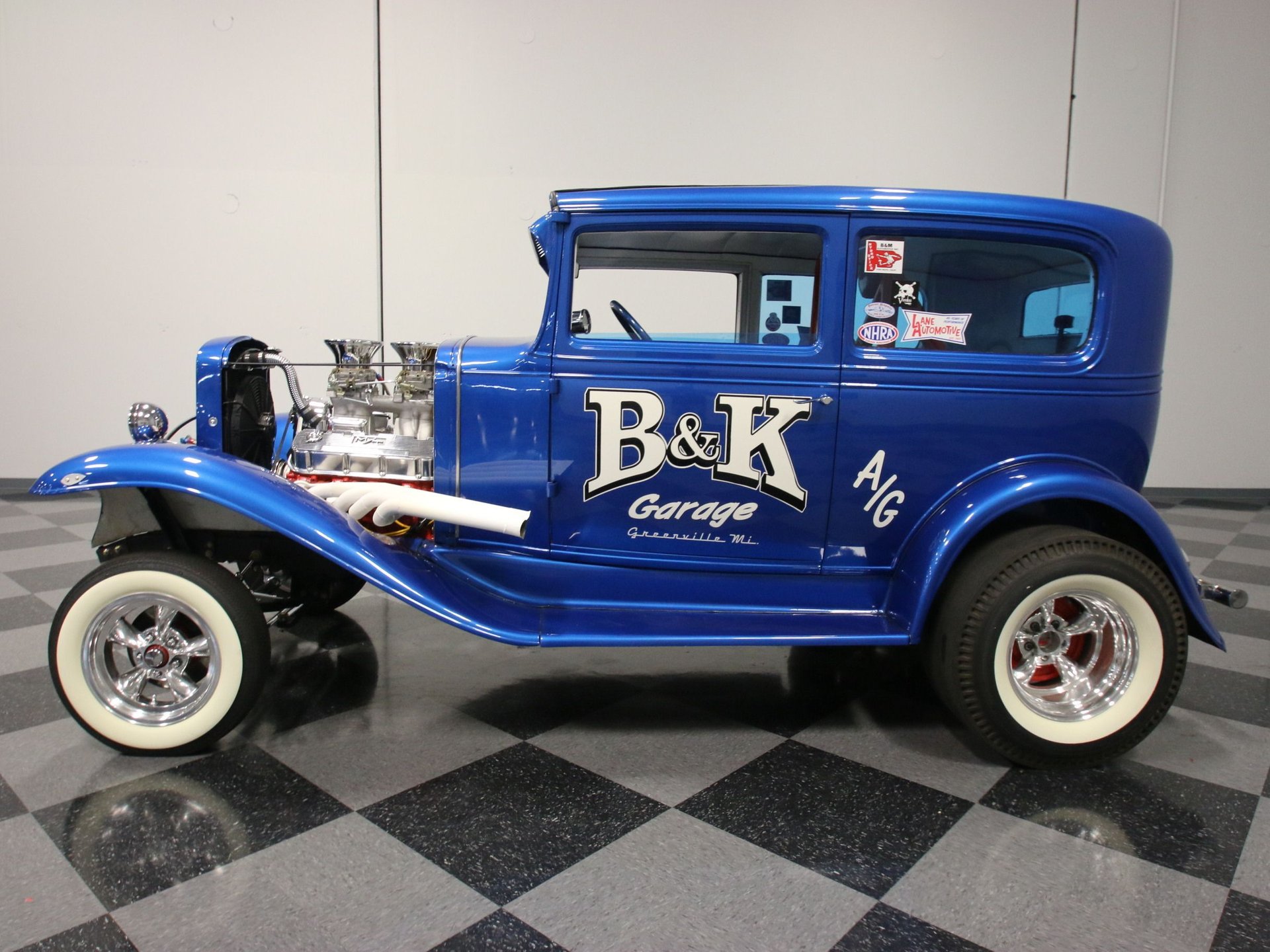