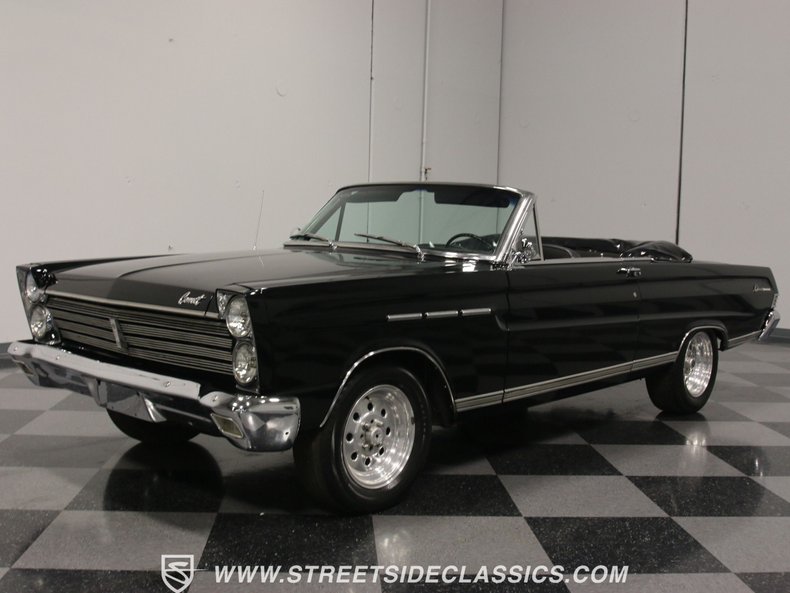 The Ford Falcon's more sophisticated cousin was the Mercury Comet, and this 1965 Mercury Comet Caliente convertible offers a neat alternative to the blue oval machines that were so popular in the early '60s. With a timeless triple black color combination, an appealing upscale interior, and a thrifty drivetrain, it's a hobby car you can enjoy without guilt.

The idea of the small car isn't a new one, and even upscale Mercury was getting in on the act with the Comet. It offers styling cues taken from the full-sized machines sitting next to it in the showroom, but thanks to compact proportions, it was easy to drive and remarkably quick, even when equipped with a six-cylinder engine. This one shows good straight bodywork thanks to a lifetime in the south, and dressing it up in black makes it look bigger and more upscale than you'd expect. Dramatically carved sheetmetal was all-new in 1965, making it look more like its big brothers and less like an economy car, and most folks won't recognize it when they first see it. Chrome and trim are quite good, and even on the budget-oriented Comet, there's quite a bit of it, including the big bumpers and ornate grille up front. The stainless trim on the front fenders and ornate fluted taillight lenses give the Comet a lot of visual pizzazz that make it look more expensive than it is.

The attractive black interior is another way in which the Comet looks like it should cost way more than it does. One look at the tasteful black vinyl and cloth upholstery with its square stitching instantly reminds you of the other more expensive cars in the Mercury lineup, and that's completely on purpose. The cloth inserts make the interior comfortable even on warm days with the top down, and while it's not totally correct, it certainly looks right. Matching door panels are stylish for a basic car, and we're guessing they were restored when the seats were upgraded. The instrument panel is a handsome and functional design that includes wood appliques for warmth a full set of gauges that are remarkably complete for such an affordable machine. The original AM radio is in the center of the dash, although it's probably due for an upgrade, and the trunk comes complete with a full-sized spare and jack assembly. A luxurious black canvas convertible top was recently installed, and includes a crystal clear rear window and matching black boot.

Ford's trusty 200 cubic inch inline fits neatly with the Comet's economy-based mission. It appears to be the original engine, but in 1965, Ford Motor Company wasn't stamping numbers on blocks, so it's impossible to say. It delivers bright performance in the lightweight Mercury and you'll recall that the 1965 Mustang was based on this same platform. Bright red paint on the valve cover and air cleaner makes the machinery stand out against the satin black engine bay, and while it's not detailed for show, it does have a factory look that helps give it camouflage. It starts easily and has a bit of a gruff voice thanks to a single exhaust system. With highway-friendly 3.20 gears out back, the smooth six pulls the car around with confidence and the Dual Range 3-speed automatic transmission is a nice travel partner. Brightly polished Weld wheels carry staggered 225/60/15 front and 235/60/15 rear radials that give it an aggressive stance.

Unusual yet eminently practical for today's times, this Comet is a great entry-level hobby car that won't cost you much now or down the road. Call today! 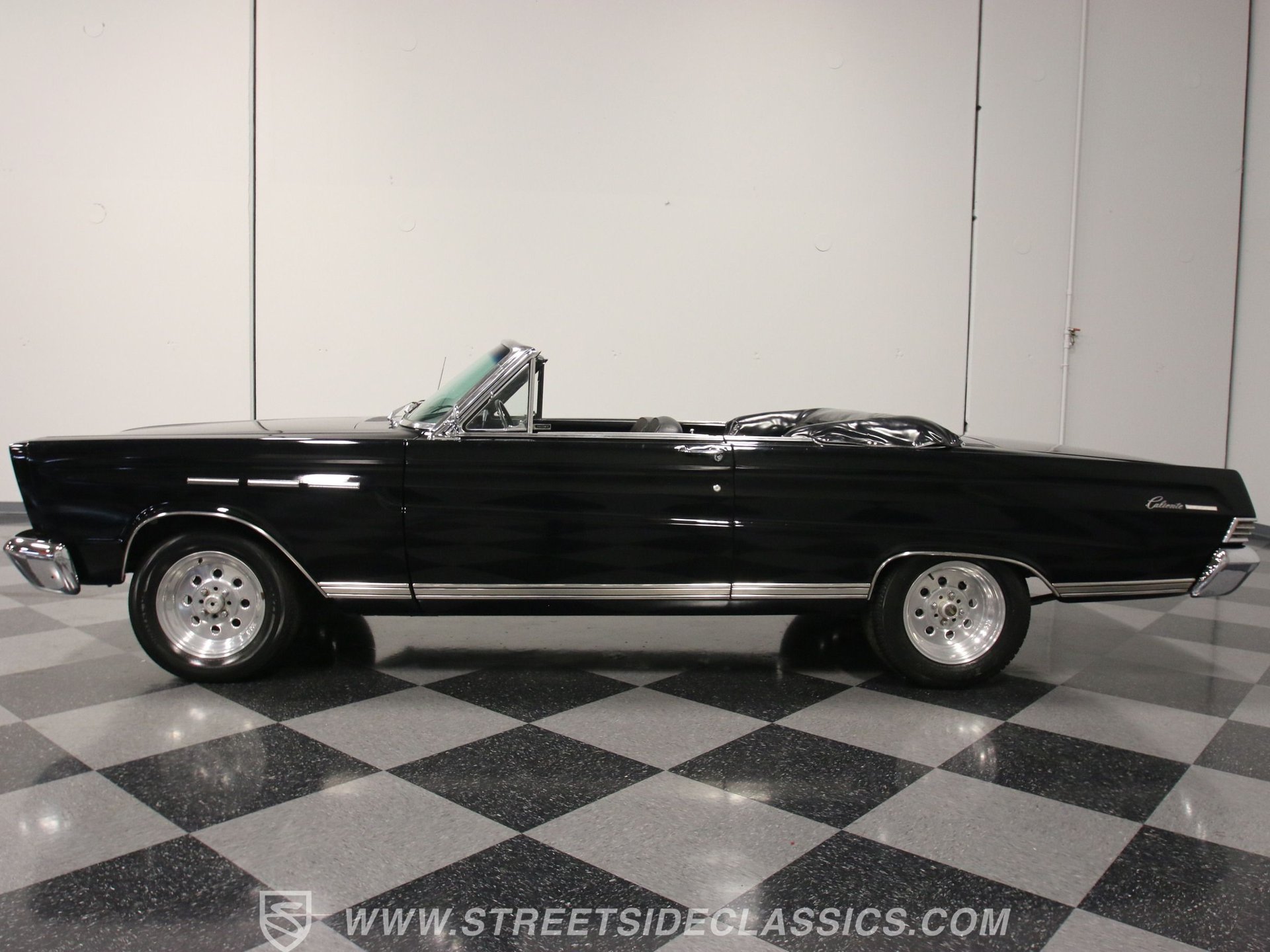