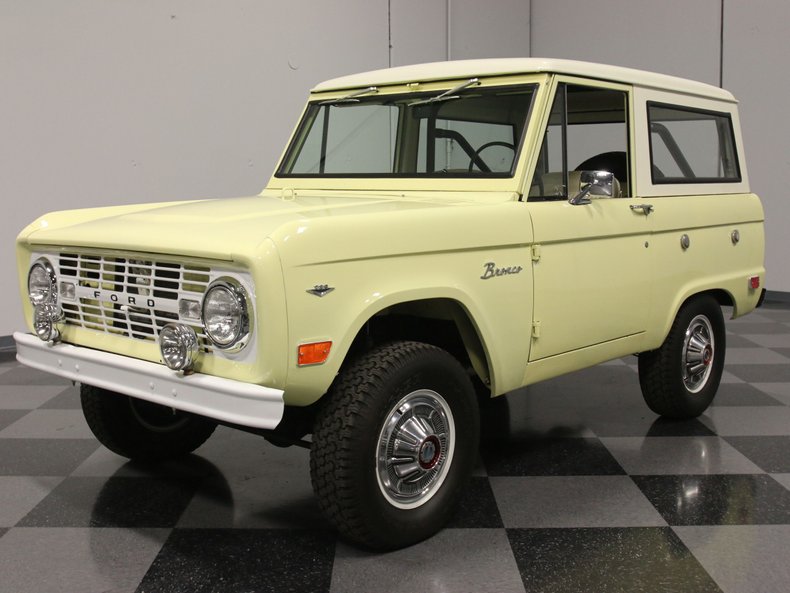 If you like to play in the dirt with an old truck, there are really only two choices: Jeep or Bronco. This 1968 Ford Bronco makes a compelling argument for choosing the Ford by virtue of its torquey 289, awesome Meadowlark Yellow paint job, and an obvious dedication to getting the job done right. If you're looking for a fun off-roader with all the hard work already done, this is a great choice.

You know how hard it is to restore a vehicle that's been abused, so starting with good base stock is always a smarter choice. It's obvious that this Bronco has lived an easy life and during the restoration, someone invested a lot of time and money in its appearance. It's not perfect, because then you'd be afraid to use it as intended, but it's nice enough to get second and third glances at the local cruise night and folks who see you getting it dirty will probably lose their minds. But the important thing is that the body is in good condition and ready for the rigors of off-roading, and thanks to the urethane paint, it'll probably stand up to the elements better than the factory enamel ever did. It's amazing how the simple lines of the Bronco give it a timeless look, and with the doors removed and the bikini top overhead, it's as minimalist as the beloved Jeep and every bit as capable. And aside from the fog lamps mounted up front, it's quite stock, too, including the painted bumpers and grille, and functional tailgate. Simplicity is good when you're talking about early Broncos.

The interior was obviously restored to stock specs, with attractive and comfortable bucket seats. The upholstery is quite correct and for a bare-bones mud crawler, the interior feels remarkably upscale. Much of that is surely due to the handsome tan carpets, which not only dress the cabin up but also help control noise and heat. There's also a skinny, large-diameter steering wheel that's easy to hang on to and the factory instrumentation is still keeping an eye on things under the hood. There's a new RetroSound AM/FM radio and a four-point roll cage is perhaps the ultimate in safety gear. The hardtop is completely removable if you like to drive topless but if you intend to use it more frequently, you'll also be pleased to discover that there's new weather-stripping throughout, so it seals up rather well. The big spare tire mounts on the inside of the tailgate, but it still leaves enough room for your gear.

The recently rebuilt 289 cubic inch V8 has less than 10,000 miles on it and runs superbly. Topped by a 2-barrel carburetor, it's plenty torquey for its duty in the relatively lightweight Bronco and seems perfectly content to slog around in the dirt at 5 MPH without getting cranky. It features a long list of new equipment, including the fuel pump, oil pump, carburetor, and a new aluminum radiator up front. To make it easier to handle, both power steering and 4-wheel power disc brakes were added during the restoration. That sturdy 289 is backed by a 3-speed manual transmission with a new clutch, plus a 2-speed transfer case feeding both axles. It's extremely tidy underneath, with mostly original equipment and no evidence that it has been abused off-roading. Twin Flowmasters sound awesome and it sits on stock wheels and hubcaps wrapped in big 235/75/15 Goodyear Wrangler radials.

This neat Bronco represents maximum fun from a minimalist package. Nicely restored, completely unmolested, and ready to enjoy, this is a fun truck that's also an appreciating asset. Call today! 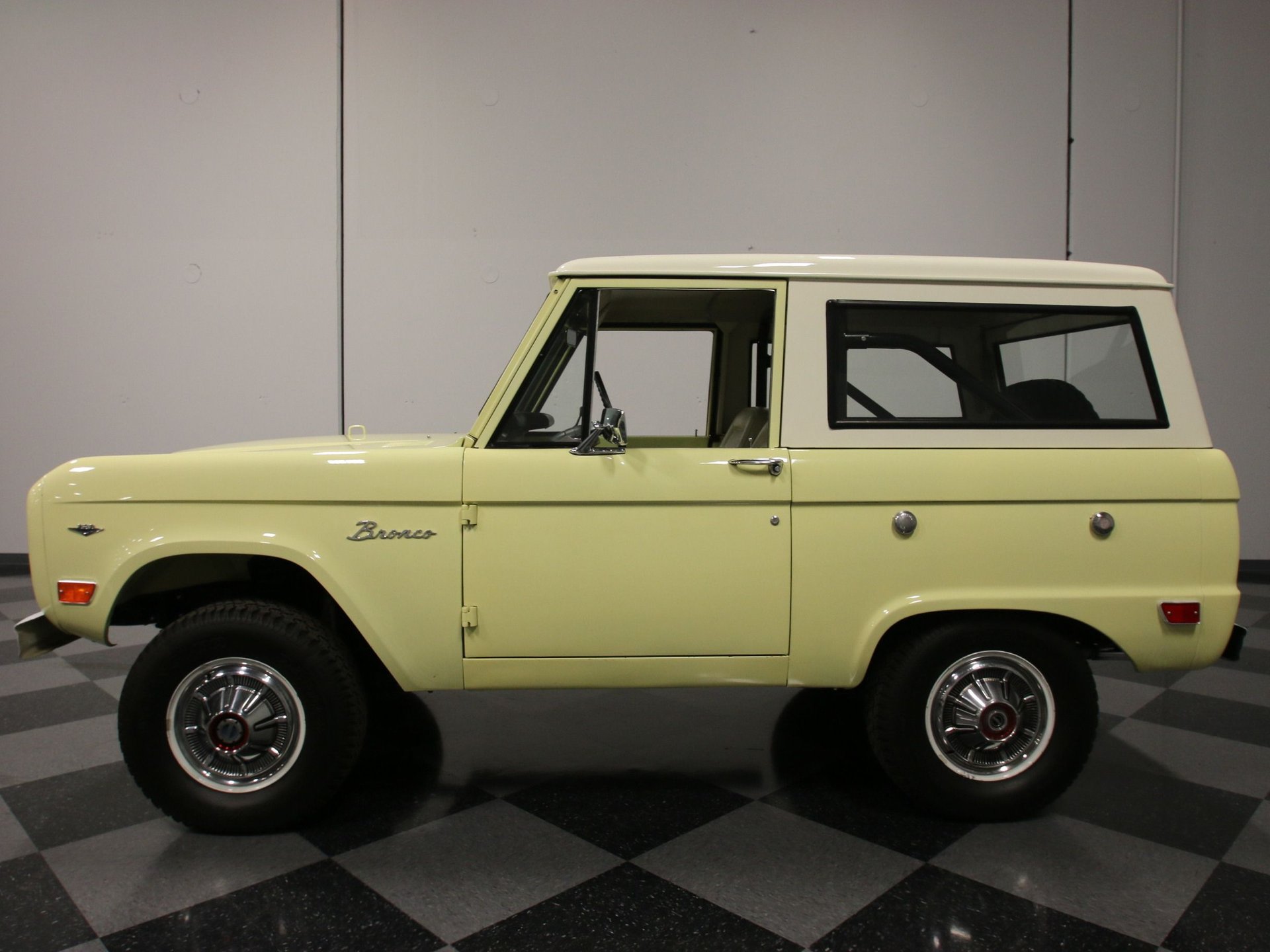