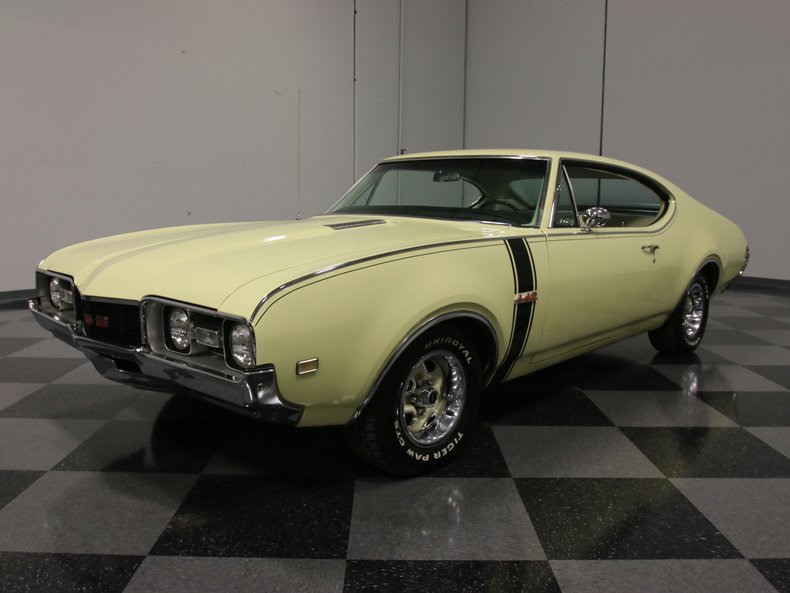 With the unprecedented success of the GTO, Oldsmobile was quick to get in on the early muscle car action with the 442. By the time this 1968 Oldsmobile 442 was built, the big A-body bruiser had already established itself as a formidable performer, but one for grown-ups, and as such, it offers things like A/C, a sophisticated color combination, and a great ride.

Crocus Yellow is this 442's original color, and the subtle hue makes it the perfect prowler on the streets. Oldsmobile wanted their muscle car to stand out, of course, but they didn't want to make too much noise (that would come in 1970, of course). So in addition to the light yellow paint, this one sports only a black stripe on the front fenders and some subtle 442 emblems to make it stand out. Fans will spot it instantly and there's simply nobody who can argue that the Olds isn't a great-looking car from any angle. The paint was probably refinished back when Bill Clinton was still president but it's holding up well and has a great look that makes it ideal for local cruises where you can really drive the car. A few touch-ups here and there don't detract from the overall presentation, and it's pretty obvious that this was not a car that was ever wrecked or rusty. The front end is a familiar Oldsmobile look, the chrome and trim is shiny, and there's just no mistaking that Soft-Ray tint on the glass.

A Parchment interior is a rather unusual choice with the Crocus Yellow but the trim tag tells the whole story; yes, that's how it was originally built. The bucket seats look to be wearing recent seat covers that fit well and accurately reproduce the originals, but things like the door panels and dash appear to be original. Buckets with a column shifter is an unusual combination, again illustrating Oldsmobile's customer base was more grown-up than those over at Chevy and Pontiac stores. Three round pods house the instruments while the secondary controls are in a panel underneath, and just check out the cool rotary switches for the headlights and wipers. Factory A/C remains fully functional with good old R12 inside and the original AM radio is still in the dash, although it might be due for a replacement sometime soon. Nice carpets, a full-sized back seat, and a big trunk with a full-sized spare round out the list of desirable features on this Olds.

The only motor you could get in your 442 was a 400 cubic inch V8, running right up against GM's 400-cubic-inch limit for intermediate cars. We believe it to be the original, numbers-matching engine but can't confirm, but looking at its condition and the authentic details, there's no reason to believe it's been swapped. The big Olds V8's calling card is torque, and it gets this handsome coupe moving without ever working hard, barking out a wonderful baritone from the twin trumpets out back. Bright red paint makes the 442's engine look special and options like power brakes and power steering make it easy to drive even with all that cast iron over the front end. A TH400 3-speed automatic transmission was optional and seems like the right choice in a luxury-themed muscle car like this, and it feeds a tough 10-bolt rear end out back. The 14-inch Super Sport wheels have been painted to match the bodywork and then fitted with a set of 225/70/14 Uniroyal white-letter radials.

This 442 has been a favorite within a large car collection, and now it's time for you to enjoy one of the most under-rated muscle cars of the era. Call today! 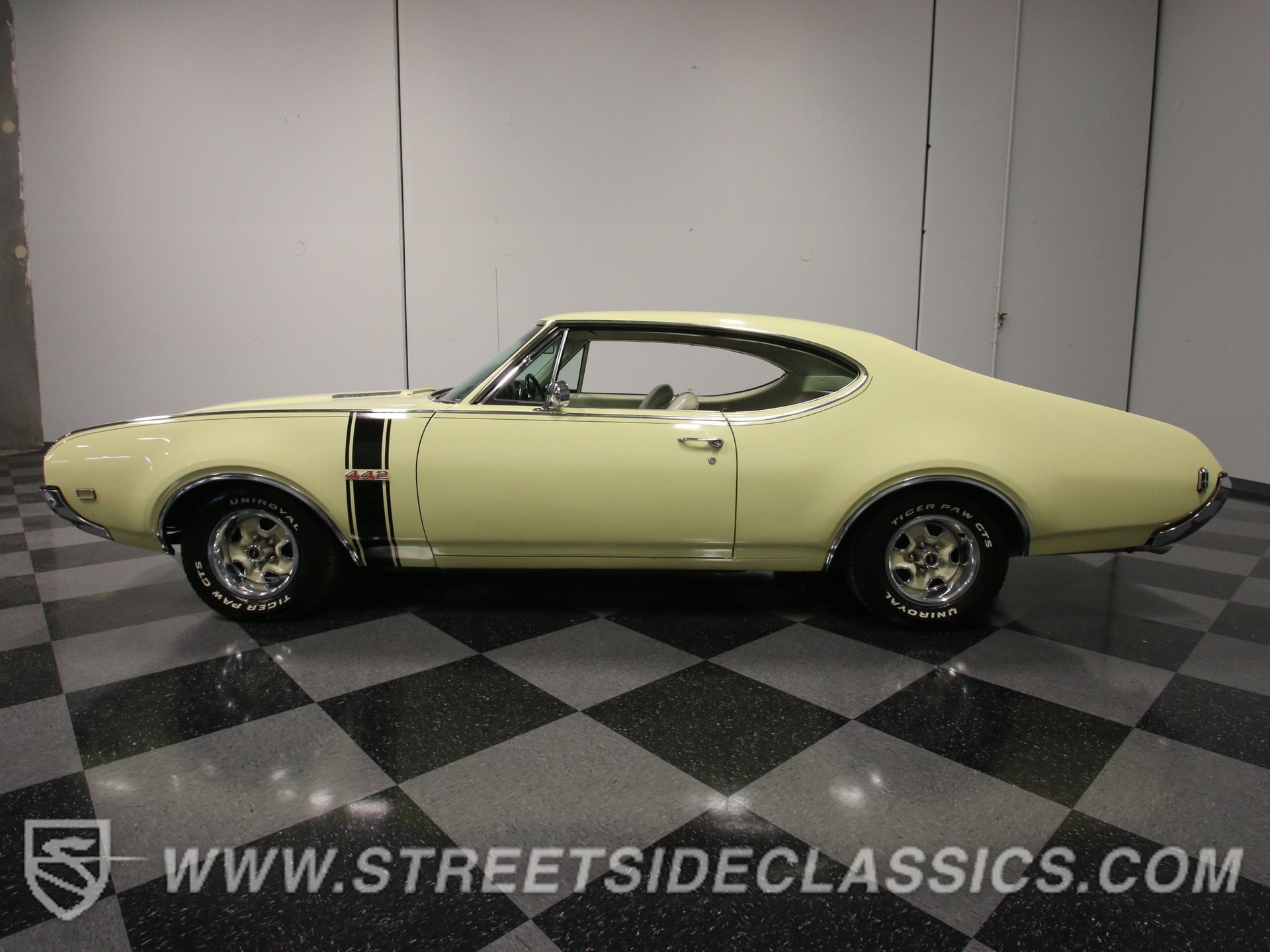