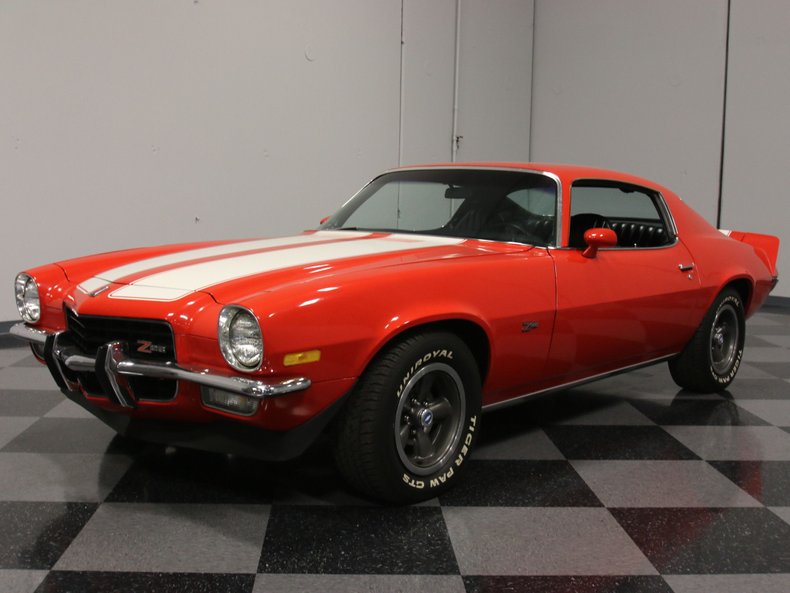 This 1973 Camaro Z/28 is evidence that second-generation F-bodies are some of the best cars GM ever put out. The paint job is believed to be original and works quite well on the sleek shape, incorporating traditional details that make it look timeless. Add in a nicely appointed interior, and you have an easy summertime cruiser that looks like a million bucks.

These cars were second-class citizens for so long that finding a straight, clean one like this is no easy task. This one is incredibly well-preserved and yes, that's original paint that looks so good we would have thought it was a recent respray. Of course, there are a few signs of use, but even restored Camaros rarely look this good. Being original also means no surprises waiting underneath and all the original body panels are there, including the stock flat hood and a ducktail spoiler out back. Fit and finish are quite good for 1973 General Motors assembly line work, evidenced by the unbroken body line that stretches between the wheel wells and the flush-fitting hood. Z/28 badges standout against the bright red paint, and bright chrome bumpers look great, particularly against the blacked-out grille. If you're a fan of original cars, this one will delight you with its authenticity and excellent preservation.

Black buckets that are as comfortable as they look were one of GM's better ideas in the 1970s, and give this Camaro (and its cousin, the Firebird) a modern look that still works today. As well-preserved as the exterior, the interior still looks quite fresh with seat covers still in excellent condition with only minor signs of use on the driver's seat and a tear on the passenger's side. The driver-oriented dash puts a full array of gauges ahead of the steering wheel, and the console insures that the shifter is never far from reach. Options include a tilt steering column and a factory AM/FM stereo radio, which was still cutting edge in 1973. Open the trunk and you'll get a better idea of how clean this car really is, with the original mat in excellent shape along with the original spare tire.

Even in 1973, the drivetrain is potent enough to live up to the promises made by the bodywork. The Z/28 was the top performer in 1973, a 350 cubic inch mill making a rather stout 245 horsepower, a whopping 70 more than the L48 one step down. With a few chrome dress-up bits, including a set of finned valve covers, it looks flashy under the hood and recalls the look of the original Z/28 six years earlier. The dual snorkel air cleaner with a chrome lid was standard equipment, as were power steering and brakes. The TH400 3-speed automatic transmission was a second-generation addition to the Z/28 options list and makes the car a lot more civilized, especially with highway-friendly gears in the 10-bolt rear end. The floors are still finished in factory paint and the exhaust is damped with a stock-style transverse muffler that sounds great. That awesome stance comes easy, thanks to a set of 15-inch SS wheels with charcoal gray centers and recent Uniroyal radials.

Watch for these cars to be the next big thing as the first-generation F-bodies continue to appreciate. With this car, it's an easy choice to make and its originality makes it the car to preserve for future investment. Call today! 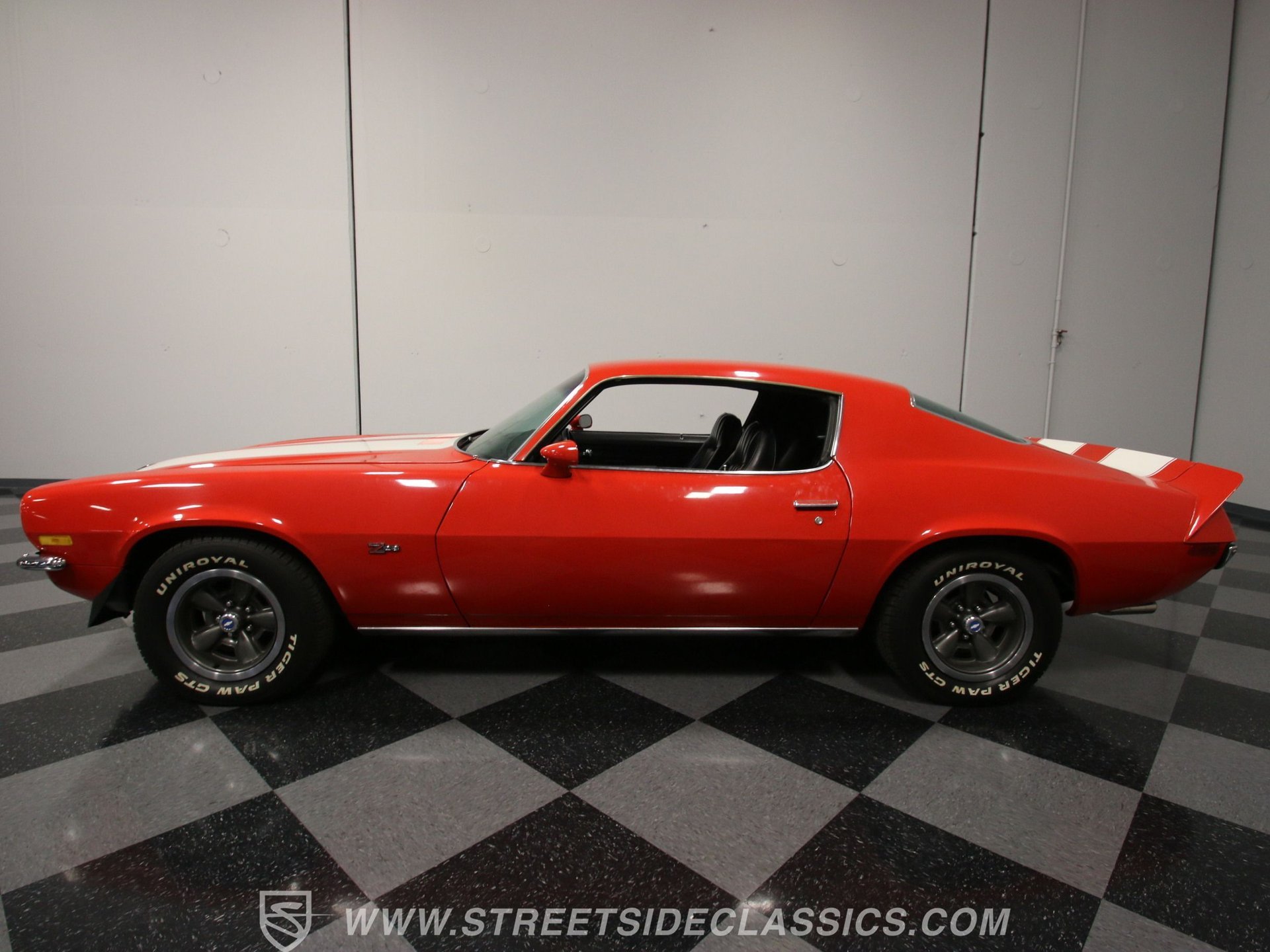