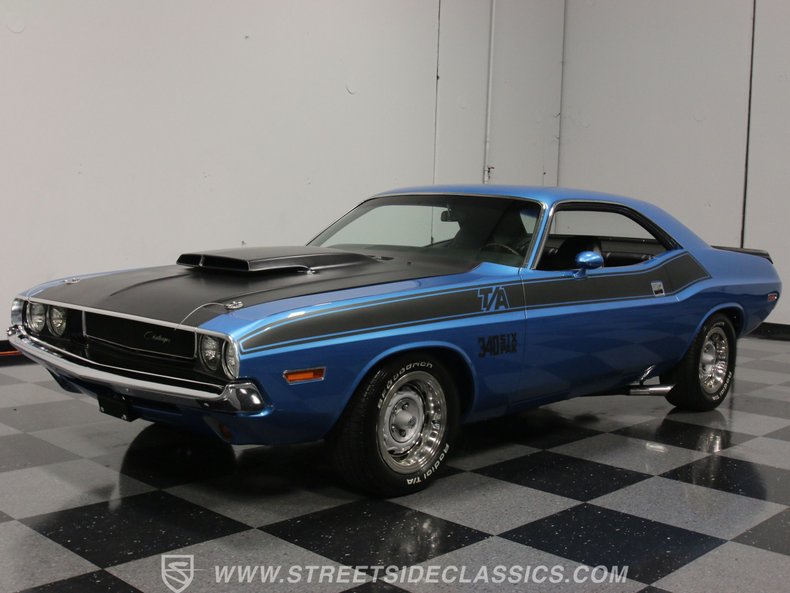 If your tastes run towards muscle that can handle, then you can't overlook the Challenger T/A. Born of the same Trans-Am racing series that created the Boss 302 and Z28, the T/A was Dodge's entry, capable of ferocious speeds, both on the straights and in the twisties. This stunning B5 Blue 1970 Dodge Challenger T/A hits all the high notes, including matching-numbers, Six Pack induction, and a rotisserie restoration.

A high-visibility car like this means you have some pretty serious hardware underneath, because there's no way you're going to sneak around unnoticed in this one. Complete with the blacked-out hood with that giant snorkel, side exhaust, and a wicked ducktail spoiler, there's little doubt that this looks the part of a race car. Beautifully finished with exceptional attention to detail, this Challenger certainly looks fast even when it's sitting still. There's a great deal of money invested in the restoration of this car and it shows everywhere you look, from the laser-straight bodywork to the deep finish on the two-stage urethane paint. Correct black T/A stripes were applied along the flanks, along with the requisite '340 Six Pack' decal on the front fender, just in case the bright blue paint and snorkel on the hood weren't enough advertising. Other correct details include the racing style flip-up gas cap, sport mirrors, and a T/A badge on the rear spoiler. Chrome bumpers have been expertly refinished and hood pins always suggest a lot of horsepower living underneath, and this car doesn't disappoint in that regard, either.

The black bucket seat interior is the right choice with B5 Blue, giving it a purposeful, all-business look that seems appropriate given the car's racetrack credentials. There's a woodgrained console surrounding the "Slap Stick" shifter, which is remarkably easy to use as intended, and the woodgrained three-spoke steering wheel needs nothing more than a pair of string-back driving gloves to complete the look. Yes, you could get an automatic transmission in your T/A, perhaps a way for Mopar to appeal to guys who wanted a Boss or a Z/28 but needed the convenience of an automatic. The big center speedometer is flanked by smaller instruments for temperature, fuel level, and voltage, and the look is very cool. The original Music Master AM radio is still fully functional and there's almost nothing inside this car that doesn't look almost new Even the trunk is shockingly clean, needing nothing more than a reproduction mat to be complete.

The original, numbers-matching 340 cubic inch small block V8 still lives under the hood, augmented by a trio of 2-barrel carburetors affectionately known as the "Six Pack." It's fully rebuilt and highly detailed for show, from the Hemi Orange paint to the correct air cleaner assembly up top that proudly advertises the induction system underneath. Power steering and brakes are nice additions, and a set of stock-style manifolds that almost look like headers feed a correct side exhaust system with polished trumpet tips just ahead of the rear wheels, one of the T/A's defining features. It sounds AWESOME. The solid chassis is spectacular with body-colored floors, immaculately detailed chassis components, a new gas tank, and the perfect stance. It sits on a set of classic Rallye wheels wearing staggered 225/60/15 front and 245/60/15 BFGoodrich T/A radials; appropriate because the T/A was the first production car to offer staggered tires from the factory.

When I was building race cars, we had a saying: I can get my small block around the track faster than your big block, and nowhere is that more true than with the Challenger T/A. Call today! 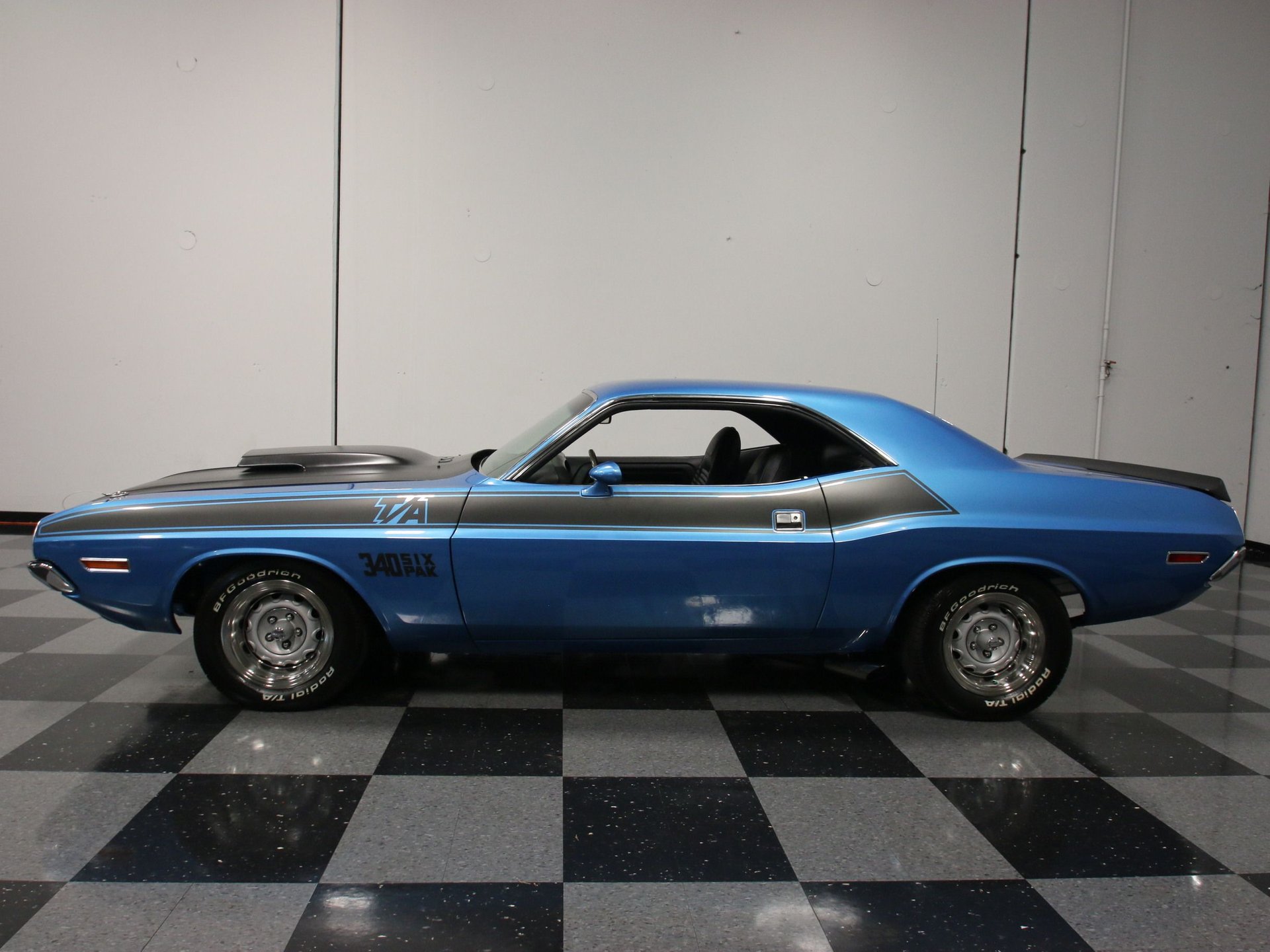