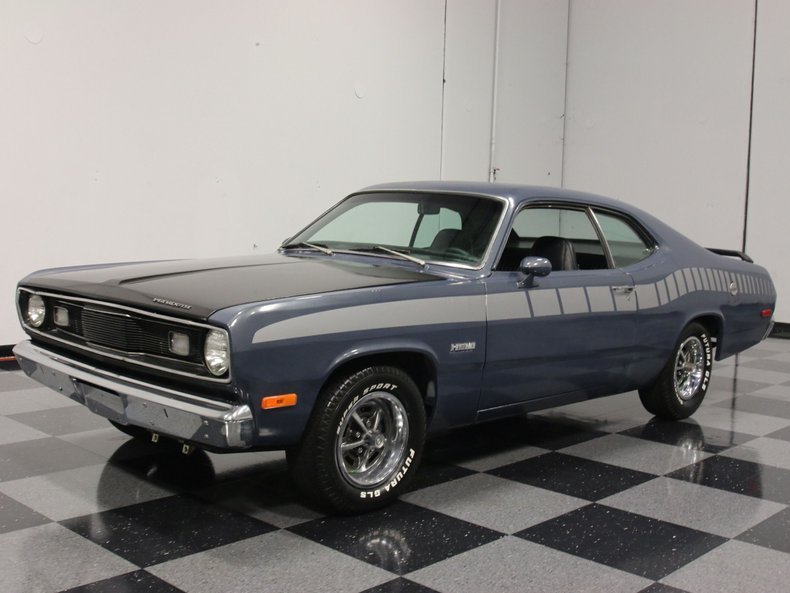 The Plymouth Duster has always been about affordable, lightweight fun. Well, things just got serious with this 1972 Duster coupe, which gets all the traditional Duster stuff right (low cost, cool look) and adds a 21st century twist in the form of a fuel-injected 5.7 liter Hemi and a 5-speed automatic transmission, creating one heck of a cool resto-mod with an even cooler price.

There's just no way you could build this car yourself for the asking price, and if this car is still in the showroom two weeks from now, I'll be shocked. The dark blue paint and strobe stripes give it a familiar look, and if nothing else, the guys at Chrysler were keeping the performance look alive in the dark days of the early 1970s. Add in a blacked-out hood and a Go-Wing out back, and you get a compact package that looks like fun and wants to run. Paint and bodywork are acceptable, but at this price, you aren't expecting concours perfection anyway. Instead, it's pure driver-grade, and there's no shame in that, especially since it will be even more adept at luring in unsuspecting drivers on the street who figure it's just another garden-variety small block Duster. The decals are recent, so they're crisp and nicely rendered and the sheetmetal and panel gaps are quite good throughout, so it's obviously been a clean car all its life. Add in a few discreet HEMI emblems on the front fenders, however, and this car is going to generate a few double-takes.

The interior got a modern makeover, too, but doesn't lose any of its honesty and working-class roots. The bench seat does a reasonable impersonation of buckets and the black upholstery is in good order with no splits or tears. Recent black carpets look good and offer a correct heel pad for the driver, and the fat steering wheel looks a lot like a vintage Tuff Wheel. The original dashboard is intact but the gauges are now modern digital units that look awesome behind a smoked Plexiglas screen and a custom B&M shifter allows do-it-yourself shifting of the modern-tech automatic gearbox. The original AM radio is in the dash, but it's overdue for a replacement anyway and it just doesn't go with the rest of the car anyway. There's also a reasonably spacious back seat and a giant trunk that still carries its original mat as well as a relocated battery.

They moved that battery to make room for the 5.7 liter HEMI V8 that now lives under the hood. The fuel-injected Magnum is a neat fit in the Duster's engine bay and provides the instant starting, easy idling, and good fuel economy that we've come to expect from our modern daily drivers. It's a big performance boost over the original wheezing 318 and service access remains very good. Front disc brakes were added, along with a big electric fan for the radiator, and the wiring and plumbing is rather clean, especially that remote-mounted oil filter. Underneath you get a 5-speed automatic overdrive transmission, so this is a very easy highway cruiser and that injected HEMI sounds awesome exhaling through a custom Flowmaster exhaust system with turn-downs just ahead of the 8.75-inch rear axle. A new gas tank hangs out back and it really nails the sleeper vibe with those 14-inch Rallye wheels and white-letter tires.

A very slick resto-mod with a ton of potential, this Duster already has all the hard work finished. It's a blast to drive and with a few additional tweaks, it could be one of the most amazing sleepers we've seen in a long time. Call today! 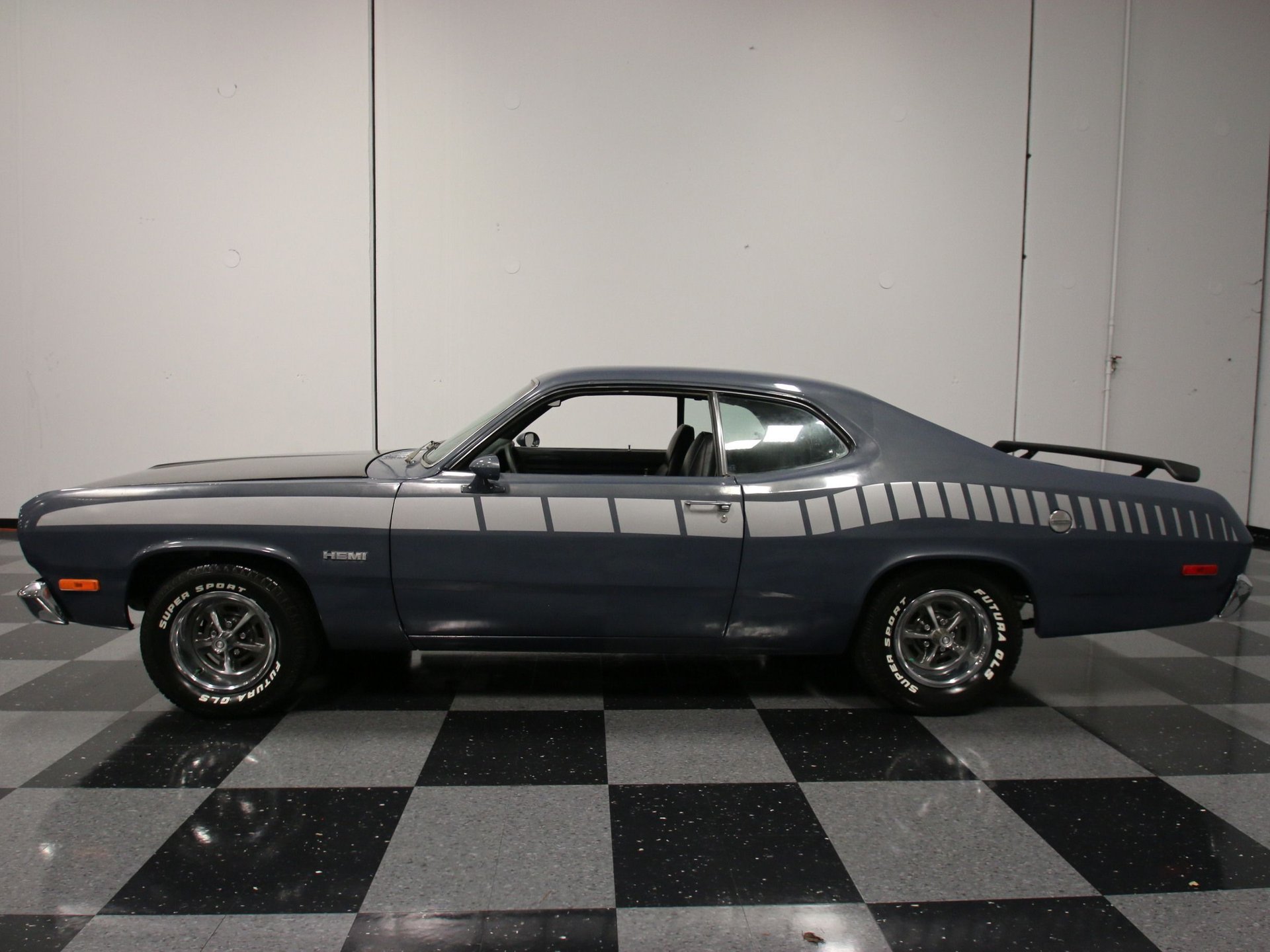