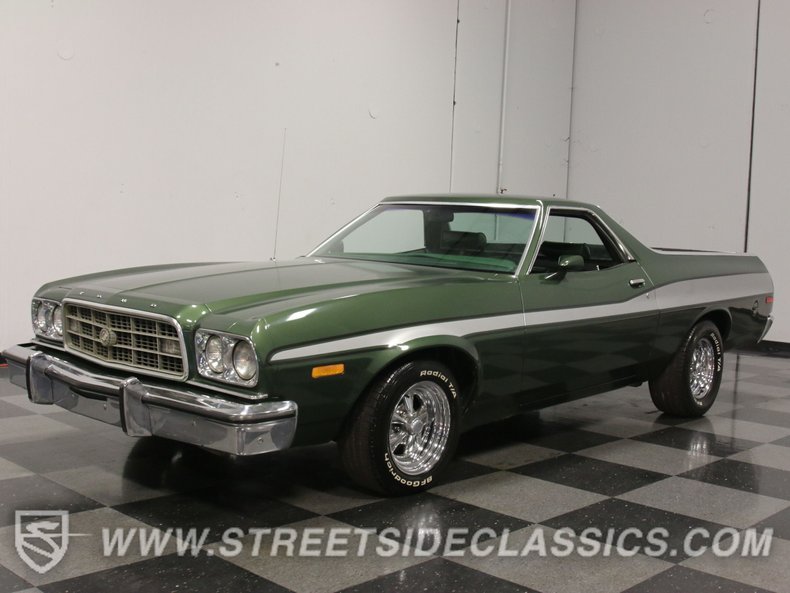 Wow this 1973 Ford Ranchero is a lot of big block-powered coolness for not a lot of cash. Refinished in a subtle period color combination, it's also packing a stout 460 cubic inch V8, and did I mention what a great price it carries? Wow!

The body and paint were restored a few years ago, and it still shows pretty well. Not over-done, but it has a great shine that you'll be proud to wax on Saturday afternoons, but not so perfect you'll be afraid to still use it as intended. Clearly never a working machine, it shows no signs of rust or damage that would suggest abuse, and the only notable demerits are some chips in the usual high-traffic areas like the edges of the doors. The Ranchero got a facelift in 1972, which included a new grille and headlights and body panels that closely mirrored its brother, the Torino. Silver side stripes add to its sporty demeanor, perfectly capturing the playfulness of the early '70s. The bed is refinished with a spray-in bed liner so it'll stay clean and doesn't mind doing a few chores on weekends, and again, it doesn't look like it ever had to work for a living. Nice chrome bumpers are probably original and even as such, they're in OK condition, but if you're looking for a place to upgrade, that might where you should start.

The interior will tell you more about this car than just about anything else because it's almost entirely original. Yes, that factory-issued bench seat hasn't been abused by a guy wearing a tool belt, the carpets are clean enough to have never seen a set of dirty boots, and the door panels are brand new. Yes, it's a little faded and scuffed here and there, but the seats have been recently re-dyed so the look is very uniform. A custom steering wheel looks great in the medium green driver's compartment, and five round dials matched by a set of auxiliary gauges underneath promise a high-performance experience behind the wheel. The original AM/FM radio still lives in the dash, further suggesting that this truck/car's owner's had their priorities in the right place. There's also some modest storage behind the seats, which is especially important when your trunk is open to the elements.

A 460 cubic inch V8 lives under the hood, a massive upgrade over the wheezing smog motor that lived there originally. There's a big cam inside, so it cackles at idle and pulls ferociously at any speed, and it's supported by a set of roller rockers, an Edelbrock intake manifold, and a big Holley carburetor up top. MSD supplied one of their ignition setups and the wires are new. With a recent tune-up, it starts quickly and idles smoothly with a great V8 burble from the long-tube headers and straight pipes underneath. It's backed by a C6 3-speed automatic transmission that was built to work for a living and the 9-inch out back shrugs off the big torque churning through it. The chassis and floors are quite clean, albeit original, and there's just nothing like a highly original car out on the road. Handsome chrome Cragar wheels show no curb rash or damage, and have been fitted inside 225/60/15 front and 275/60/15 rear BFGoodrich radials.

A very fast, very appealing truck, er, car, it's only a matter of time before Rancheros become prized collectables, so get a good one today while they're still giving them away. Call now! 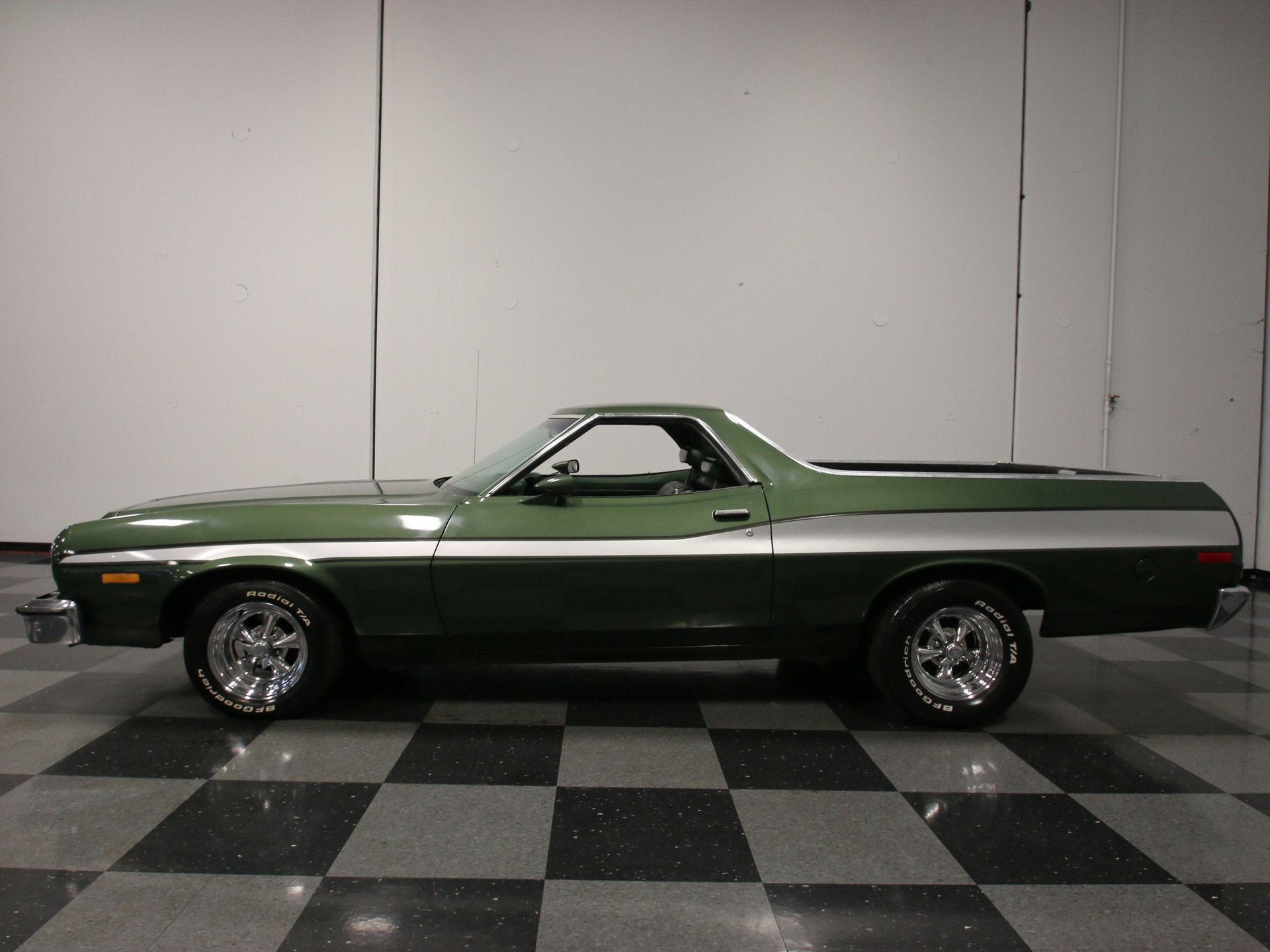