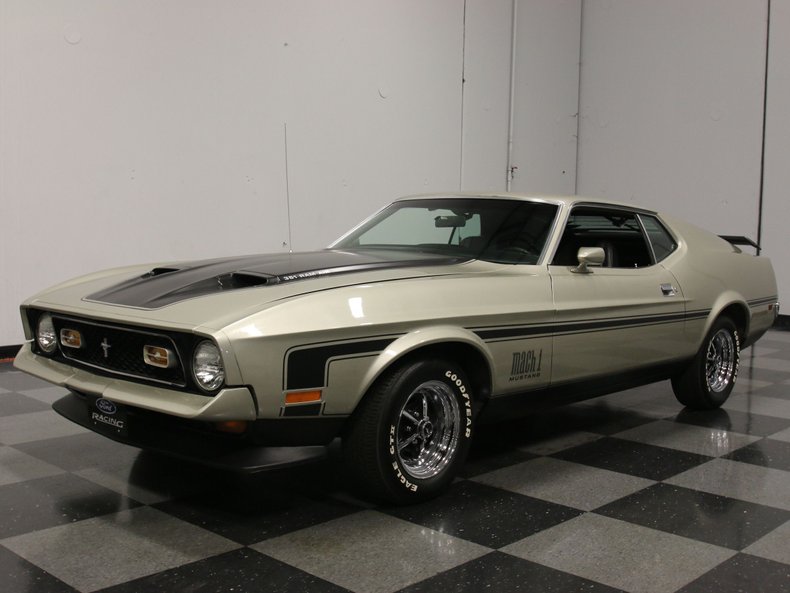 In 1972, the writing was on the wall, but Ford was still building cars like this Mustang Mach 1, which delivered plenty of thrills using small block power and handsome good looks. Offering an awesome color combination, factory A/C, and an entertaining drive, this is a lot of Mustang for the money.

Code 5A is called Pewter in Ford vernacular, and it looks absolutely incredible on the "flatback" bodywork. Even with the stripes and blacked-out hood treatment, this Mustang looks sophisticated, like a muscle car for a grown-up, and loses none of its performance attitude despite the subtle color. It was freshly repainted in the last few months and looks extremely good, with a deep shine and just the right combination of silver and gold in the final mix. The Mach 1 was the top-of-the-line offering in 1972, and you'd better believe Ford wanted to get it noticed, so it wears a front chin spoiler, a performance hood with NACA (not NASA) style hood scoops, and a rear wing out back. It also gets traditional Mustang performance items like the rear window slats, lower valence with trumpet-style exhaust tips, and the aforementioned stripes, which are an obvious riff on the Boss 302 graphics. There's not much chrome aside from the rear bumper, and that's in excellent shape, and even the body-colored urethane front bumper looks pretty much as-new. This is an easy car to like.

The two-tone black and silver interior nails the same sophistication that the bodywork enjoys. The seats have obviously been re-covered, and since the original color was green, just about everything else has been replaced at some point. There's some age on the carpets on the lower half of the door panels and the center console has a few nicks, but there's nothing in here needing any immediate attention. The factory gauges include a tachometer and auxiliary dials in the center stack, as well as a clock on the console. Factory A/C is backed by modern components working behind the scenes to make it efficient, and there's an AM/FM stereo radio in the middle of the dash that powers speakers in the rear quarter panels for surprisingly big sound. The trunk is clean and carries what may just be the original spare tire and a jack assembly.

The 351 Cobra Jet V8 under the hood was rebuilt a few years ago and pretty much sticks to the factory recipe. Up top there's a 4-barrel Holley carburetor, but otherwise it is the way Ford intended. The big air cleaner assembly dominates the engine bay, but the modern A/C compressor gives you a little breathing room and you'll note that all the hoses are new. It could easily be taken up a notch with an afternoon of detailing, but even as it sits, this is a great driver-grade car that's obviously led a good life. It starts easily, idles well, and moves with surprising torque on tap, which is aided by the quick-shifting C4 3-speed automatic transmission. Flowmaster mufflers add that familiar Ford Mustang performance exhaust note and Magnum 500 wheels never looked better than when they're mounted on one of these early '70s Mustangs. 205/70/14 Goodyear radials at all four corners deliver sure-footed handling and an easy ride.

With the prices on early Mustangs inching up all the time, we're seeing some gains on these cars as well. We love the look of this Mach 1 and with all the heavy lifting already done, there's nothing left to do but get in and have some fun. Call today! 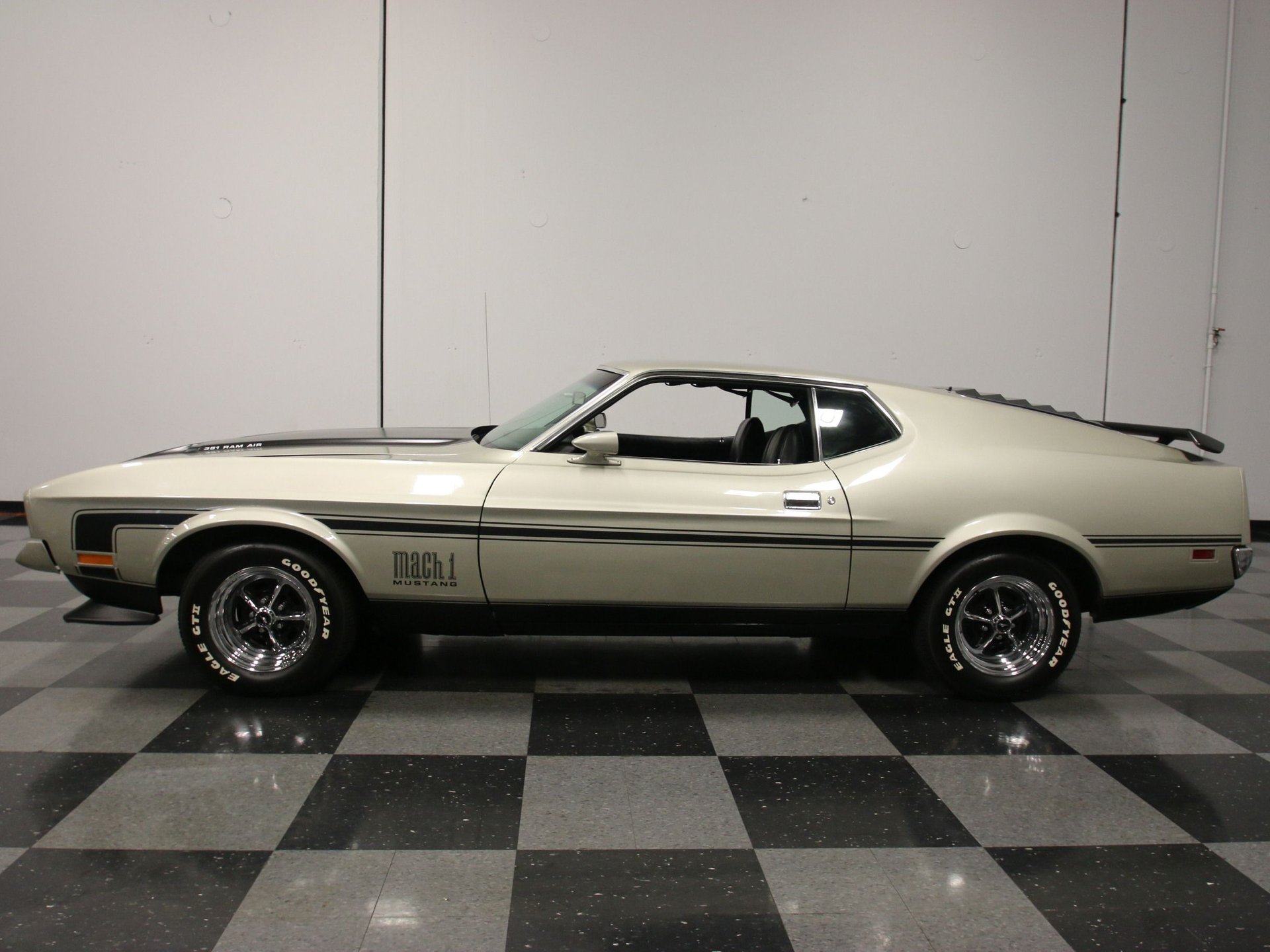