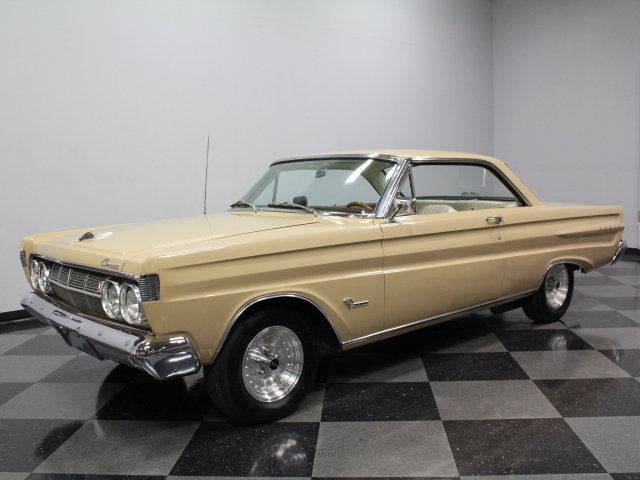 For the ultimate in nondescript cruisers, this 1964 Mercury Comet Cyclone definitely delivers a low-profile look with plenty of horsepower underneath. For those of you not in the know, the Comet was Mercury's version of the Falcon, and as we all know, anything that makes a Mustang faster also works just as well here.

The tan bodywork is all about stealth, and there aren't many cars that keep a lower profile than this Comet. But that isn't to say that it's boring, because for the guy behind the wheel, it's an absolute party. The paint was done a few years ago and looks decent, but a car like this isn't about shiny perfect paint anyway. Instead it has a comfortable look that neither attracts attention nor looks too deteriorated, perfect if you're out hunting for prey. The Merc's handsome good looks are more grown-up than the Falcon, which is purely intentional, and the crisp body lines fit together well, suggesting both a good original car and plenty of care over the years. A few details make the Comet special, including the neat trim at the leading edge of the front fenders, the nicely sculpted tail panel with three-element taillights, and just the barest hint of tail fins out back. And it all comes with a classic Mercury look that stands out for being relatively unusual.

The white interior has got a lot of originality to it, and while the bucket seats show some wear and tear, it's probably a mistake to replace them given the public's penchant for authenticity these days. A Grant GT wood-rimmed steering wheel is the biggest deviation from stock inside, and the good looks of the Comet don't need a lot of embellishment. The factory gauges look quite familiar, which shouldn't be a surprise to anyone, although there's a cool tach mounted up top that almost looks like the factory put it there. And it's definitely cool to see a 4-speed shifter and a center console in a car like this. An AM/FM/cassette stereo head unit has been installed in the dash and everything works like it's supposed to. The back seat is in very good shape and doesn't seem to have been used very often, and the trunk is in good order with a full-sized spare and jack assembly.

Like its distant cousin the Mustang, this Comet Cyclone packs some serious blasting powder under the hood in the form of a 289 cubic inch V8. Combined with the car's light curb weight, the small block V8 has been fortified with aftermarket goodies for fairly impressive performance. The obvious stuff include an Edelbrock Performer intake manifold and 4-barrel carburetor, some Cobra dress-up components, and a Mallory ignition system. The engine is painted red so it pops in the all-black engine bay and it has a cool period look that suggests this sucker spent a lot of time prowling the streets back in the day. The 4-speed feeds a sturdy 8-inch rear and twin glasspack-style mufflers offer that old-school performance sound. It's clearly led a good life because the original floors haven't been undercoated and look good, and only the flashy aluminum wheels give away the Comet's secrets. Right-sized 195/75/14 radials fit the compact Comet and give it a racy stance.

You know how we love sleepers and this one gets the formula just right. Fun to drive, comfortable, and unusual, you're going to have a lot of fun with this car on Friday nights. Call today! 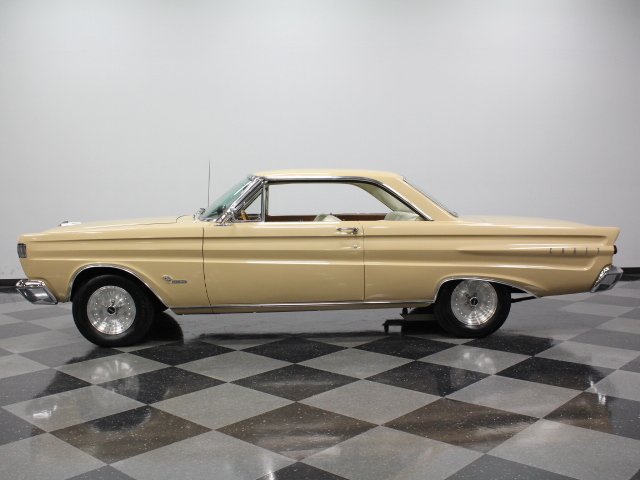