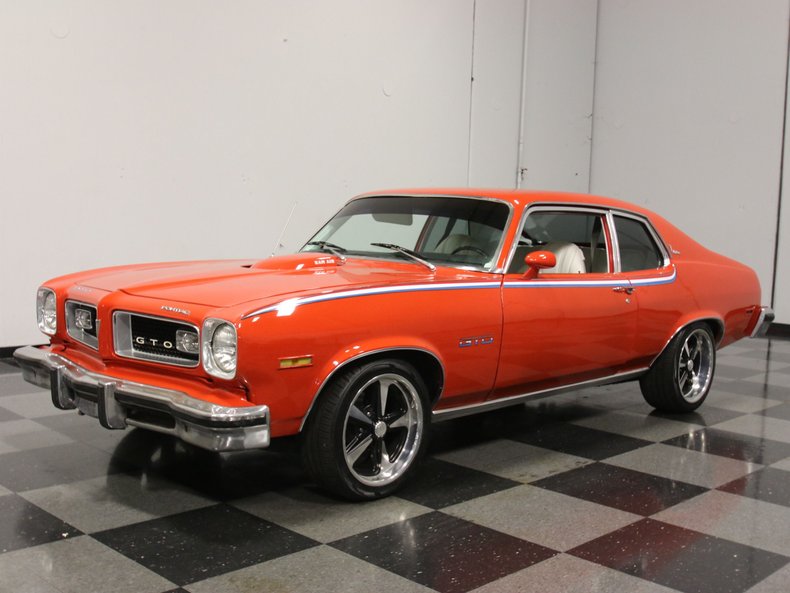 What you're looking at here is one of the rarest GTOs of all. The 1974 GTO was a one-year-only design of which just over 7000 were built. This unusual hatchback also includes a rather rare bucket seat interior with console, a strong-running 350 cubic inch small block, and traditional Carousel Red paint, the ultimate GTO color.

The GTO moved to the X-body platform in 1974 and would be discontinued after that, so the compact coupe you see here kind of represents the bookend to the original 1964 models. This one was originally code A Starlight Black, but during the restoration, they decided it needed to look the part of Pontiac's final muscle car, and covered it in Carousel Red instead. They did a great job with the refresh, and it's pretty clear that this car was never someone's beater because everything fits well and lines up neatly. A new GTO stripe package was installed to really make it stand out, and yes, that hood scoop is actually fully functional, not just a piece of dress-up. Big chrome bumpers were a fact of life in 1974 and they're in good original condition here, and it does wear plenty of GTO emblems and badges, just in case you missed the point.

White bucket seats were an option in the GTO, and in most cases, if you ordered an automatic transmission, you got a column-mounted shifter. However, this car has the optional center console, which moved the shifter to the floor where it belongs and as a result, this is one of the rarest of all the 1974 models. The seats are in very good condition and the white door panels show reasonably well for being original. The dash is standard X-body, but that center console I mentioned should probably look familiar, since it has a full set of auxiliary gauges very reminiscent of the early Camaro setup. There's a modern AM/FM/CD stereo head unit in the center of the dash and yes, this Goat carries factory A/C as well, which still uses good old R12 refrigerant to make the cold. It's also got a tilt steering column, surely making it one of the most optioned-out examples of its kind. You could also get either a regular trunk or a hatch on your GTO, and this car's hatchback body style makes it very practical with a neatly finished cargo area that's immense.

The 350 cubic inch V8 is coded YS, which strongly suggests it's original to the car. It was rated at 200 horsepower, which was still a decent number in 1974 and remember, the X-body was a relatively light car, so performance is energetic. The big air cleaner assembly should look familiar to Trans Am junkies, as should the corporate turquoise engine enamel. It's quite original under the hood without so much as an upgraded carb or headers, so it runs right and should make a great car to show off at Pontiac meets. Dual exhaust was part of the GTO package, although the twin Flowmasters sound a heck of a lot better than the original setup. There's also a TH350 3-speed automatic, a set of highway-friendly gears out back, and custom 17-inch wheels that look like vintage PMD Rallys but now carry 245/40/17 front and 255/40/17 rear performance radials.

If you like the Nova, this is a fantastic alternative with a big-name badge on its nose. Complete with a build sheet, it's a great addition to any Pontiac lover's collection. Call today! 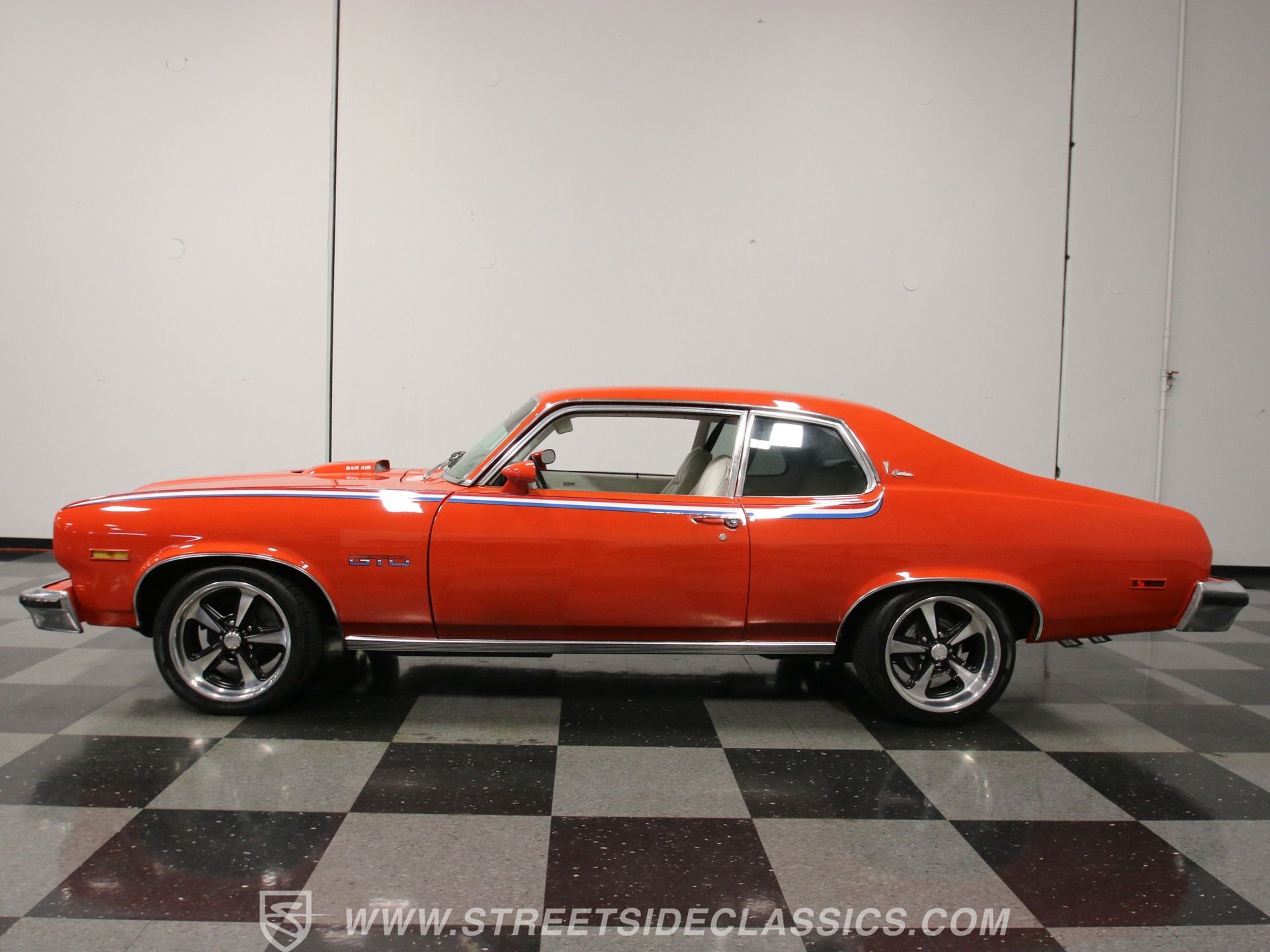