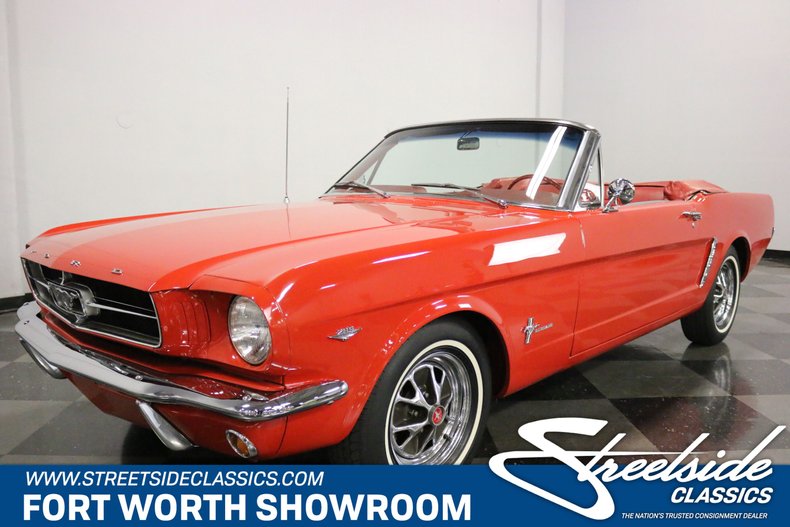 This 1965 Ford Mustang convertible has an awful lot going for it. As a member of the first year of the first generation of Mustangs, it's arguably one of the most influential cars ever released to the public. Add to that its stellar condition both inside and out, then factor in just how well it drives and you have a true classic that offers undeniable collectability to go along with its great experience behind the wheel.

The Poppy red exterior will catch your gaze right away and you'll become more impressed as you draw closer. It's a really nice shade that complements this Pony's form exceedingly well, and it's also in unusually nice condition - no glaring blemishes nor unevenness in texture or color, and an even glow that follows along with you as you take a lap around the car. From this “up close” vantage point you're likely to notice that its alignment is also very much on point, with nice, tight but even gaps between body panels and doors, as well as hood and deck lid that open and close as smoothly as you could want. Your enthusiasm isn't likely to wane as you inspect the array of exterior chrome - the front and rear bumpers shine and sit impressively level, and the trim on all four ... Please ask for the full description. 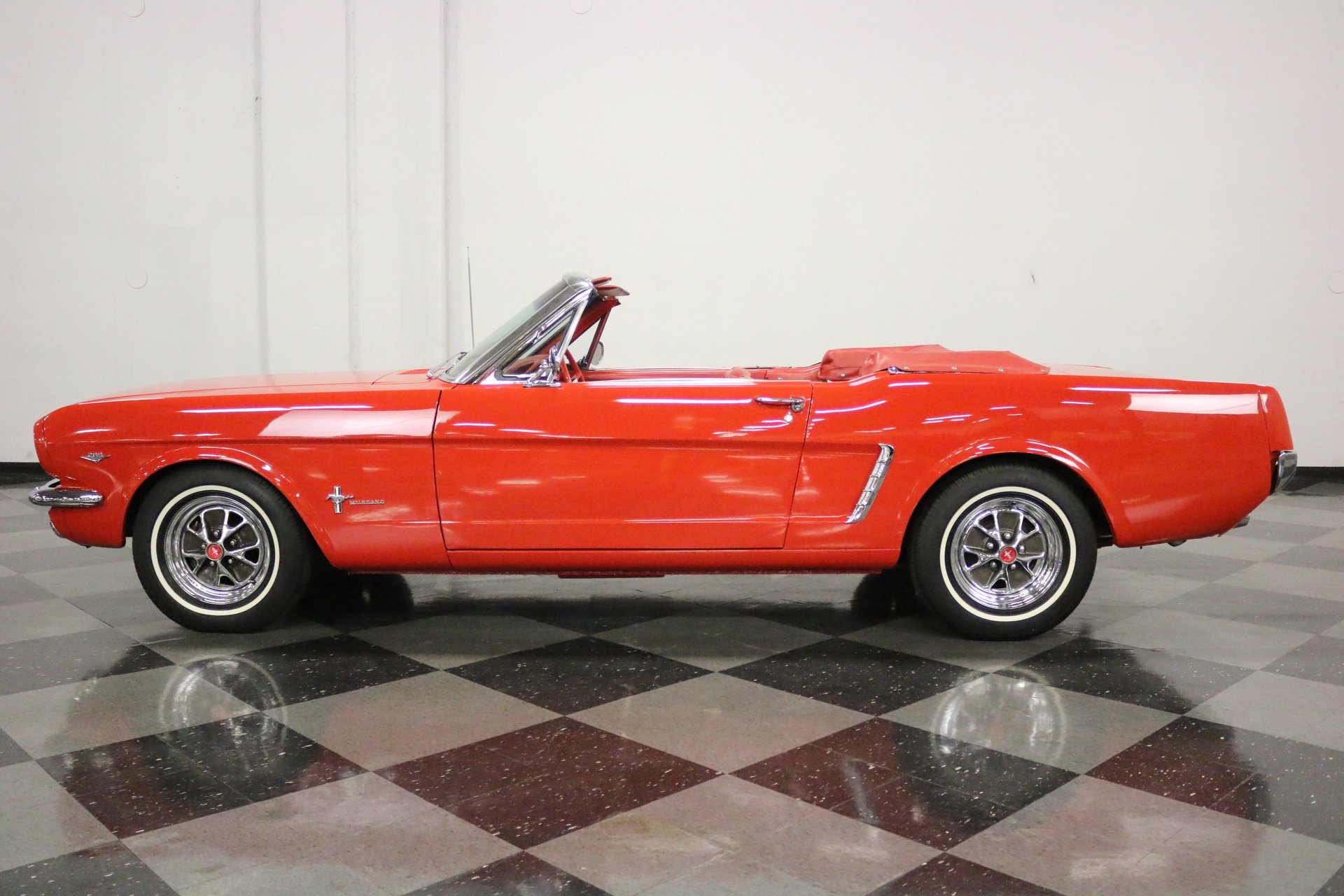