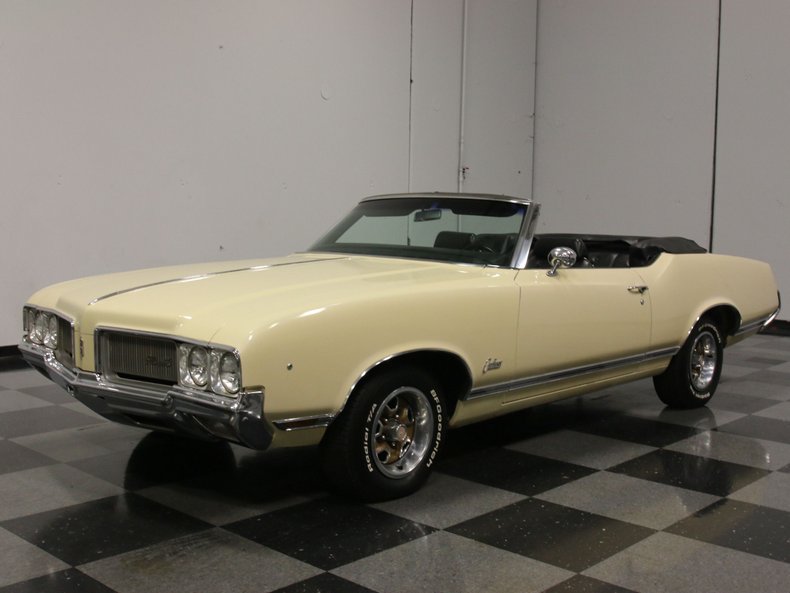 This 1970 Oldsmobile Cutlass convertible has a few interesting stories to tell. First of all, it's very neatly preserved by people who definitely thought it was something special. And second, it spent most of its life in single family ownership, having been passed down as a cherished family heirloom. Of course, that also overlooks the fact that the Cutlass was arguably the best-looking of the A-bodies and costs a fraction of its Chevrolet and Pontiac siblings. Better yet, the 61,576 miles are on this are car believed to be actual but cannot be documented.

Bamboo is the perfect color to suite the sophistication of an Oldsmobile. Indeed, the blend of performance and luxury that Oldsmobile offered is embodied in this Cutlass ragtop. The body is sporty, with dramatic curves, flared fenders, and a handsome front end that was instantly recognizable as being from the rocket division. But it's a sophisticated kind of sporty, not aggressive or over-blown, which means no stripes or brash nicknames, just an upscale look with a subtle paint job that still looks fantastic. The car has never been wrecked or rusty, so everything fits together exactly the way the factory assembled it more than 40 years ago. Even the chrome is still quite nice, with no parking lot dings or signs of corrosion around the edges, which is doubly impressive in a car that was actually, you know, used as a car for many years. Yes, it's been used and driven, so it's not perfect and there are some bumps and bruises, but if you want a solid A-body that's led a good life, you could do a lot worse than this pretty ragtop.

Choosing a black interior with the Bamboo paint was the right choice, although I'm guessing the brochures of the time were pushing white interiors instead. Bucket seats, a center console, and factory A/C suggest that someone was feeling generous with the options list and had this Cutlass built just the way he wanted it. Other things, like the burled walnut dash appliques, the stainless steel gauge faces, and 4-spoke steering wheel were all standard Cutlass fare, and the combination works really well. An AM/FM/cassette stereo head unit replaces the original radio, and a matching black convertible top with glass rear window looks almost too nice to be original, but it might be. It includes a matching boot that gives the Olds a finished look that's perfect for, say, parades and sunny days. The trunk is pretty original with the factory mat still keeping things tidy and the spare tire looks to be quite recent.

Oldsmobile's 350 cubic inch V8 shared exactly zero components with the Chevy version, and thanks to its higher nickel content in the iron block, has proven to be virtually indestructible out in the real world. It has a distinctive sound all its own, a sophisticated sound that's perfect for the Cutlass's dual nature. It's nicely preserved, with gold paint on the engine, original air cleaner, and a lot of new components that say someone loved to drive it. The floors are shockingly clean, and the chassis is almost 100% original save for the exhaust system, which interestingly enough hasn't even been converted to duals. Both the TH350 3-speed automatic transmission and 12-bolt rear end have been recently serviced and the brakes were replaced within the past 12 months, so it's ready to enjoy. Classic Oldsmobile Rally wheels are painted a contrasting dark tan and wear 215/70/14 BFG radials.

A neat car with a great story to tell makes for a fun hobby vehicle. This one comes documented with the original build sheet and an owner's manual. The fact that it's a V8-powered A-body convertible is just icing on the cake. Call now! 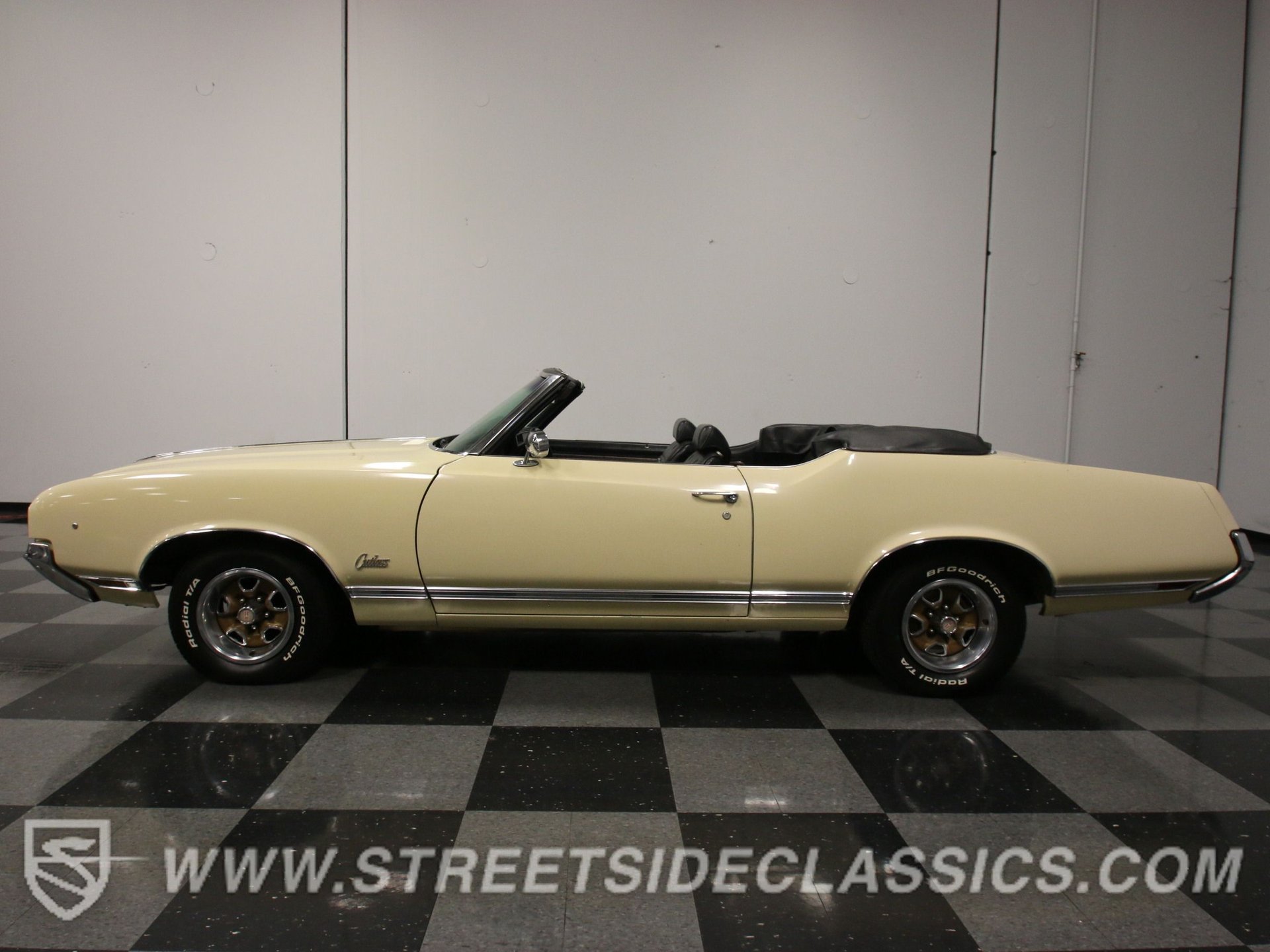