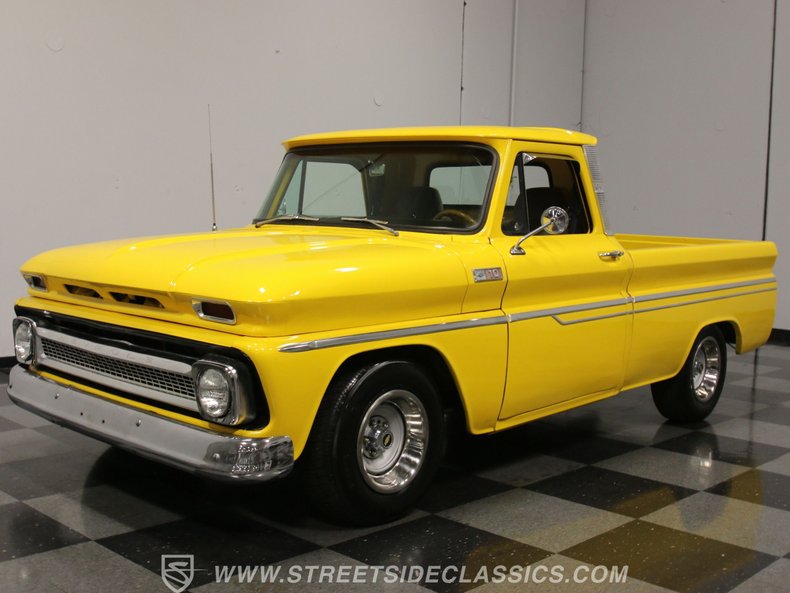 This cool 1965 Chevrolet C10 pickup has tons of character. Not too nice, but not beat up, it's exactly the kind of truck that you'll wistfully stare at in a parking lot because it talks to you like your favorite pair of jeans or that comfy leather chair you're so fond of. It's all about character and lots of it.

Now that you've seen it, I think you'll agree that this '65 Chevy looks awesome in bright yellow. It is a lot more vivid than anything on the 1965 color chart, yet it looks exactly right on the interesting curves that make up the mid-60s pickups. The bodywork was done to a good standard not too long ago, and it still shows well today, although there are signs that it has been driven, of course. Gaps are decent all around, including the massive hood that wraps around and forms the tops of the fenders, as well as the cool "wings" at the back of the doors. Even the latch hardware on the tailgate has been carefully painted to match and doesn't show any scuffs or damage from just driving around. That long stainless side trim is in excellent shape, and a real roll pan was installed under the tailgate, which features black lettering that really stands out. And speaking of tailgates, you'll dig the oak bed, which isn't refinished like a dance floor, but instead shows a bit of that character I was talking about earlier. It just looks right.

A pair of cloth buckets from a late-model GM SUV makes it feel more luxurious than your standard 1965 Chevy pickup. The upholstery shows very little wear, and both the door panels and headliner have been painted yellow to match the bodywork. Black carpets fit well and still have a dark, rich look, and it gives the interior a very finished look. The steering wheel is a wood-rimmed piece from Grant GT, and it frames a full set of handsome Dolphin gauges in a custom billet panel that almost looks OEM. Additional goodies include cold A/C and a JVC AM/FM/CD stereo fitted into the original slot in the dash, as well as a center console from the aforementioned late-model truck, which adds some valuable storage space. You also get heavy-duty carpeted floor mats and 3-point seat belts that make it the kind of truck you could use every day without complaints.

In the 1960s, there was only one engine you wanted under the hood of your cruiser, and that was a small block Chevy. This one displaces 350 cubic inches and was built to run. Dressed to impress, this strong-running small block features Chevy Orange paint to give it a bright contrast, chrome valve covers and air cleaner, and while it wasn't necessarily built for show, it has a functional look that suits this truck just fine. An alternator, power steering, power brakes, and R134a refrigerant in the A/C system make it easy to drive and maintain, while an Edelbrock 4-barrel carb and intake help build horsepower. It has an awesome rumble to the exhaust with a nasty snarl when you dip into the throttle, all thanks to a dual exhaust system with glasspack style mufflers. A TH400 3-speed automatic transmission feeds what appears to be the original rear end and it sits on handsome chrome Rallys with 235/55/15 blackwall radials.

This is the truck for the guy who values substance as well as style. Call today! 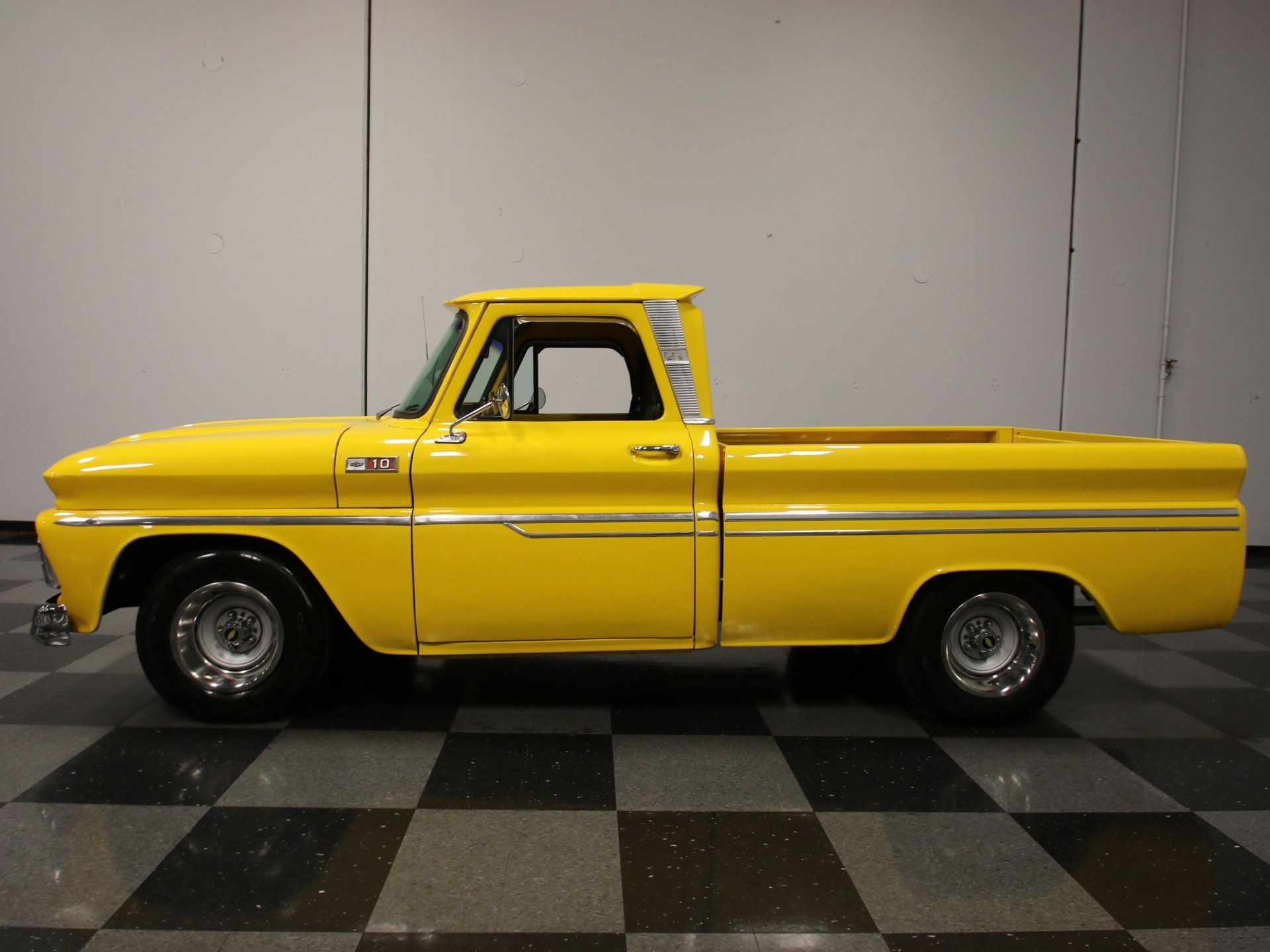