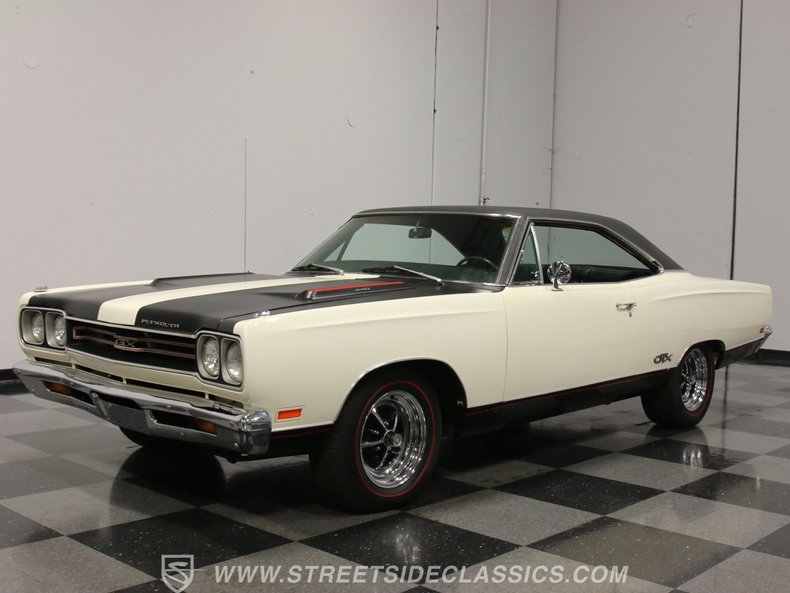 Intended as the luxurious yin to the inexpensive Roadrunner's yang, the Plymouth GTX was every bit the muscle car that it appeared to be. This 1969 GTX packs a numbers-matching 440, a freshly restored interior, and a long list of options that make it an A-list ride for any Mopar fan.

Refinished in its original W1 Alpine White, making it a relatively rare beast, this gorgeous GTX's restoration was completed a few years ago and still looks decent, although there are a few signs of age today. Those massive quarters are tough to get right but they look quite good here, the gaps are awfully sharp, and fresh satin black rockers and stripes give the big, white machine a nasty disposition. The satin black hood stripes were properly painted on, adding a sinister look that's all out of character for the GTX but totally awesome to look at. There's also a correct grille with red accents to go with the inserts on the hood and proper GTX badges were affixed to the lower quarter panels. A fresh black vinyl roof was installed, matching the original texture, and hiding no surprises underneath, and we have to admit that we really like the look of the black roof on a white car, especially with those stripes. The chrome bumpers are in very good condition and if you're a Mopar fan, you're going to dig the fender-mounted turn signal indicators.

The black bucket seat interior appears to be factory fresh, giving you an idea of how much someone cared for this car. Almost everything you can see or touch is new, including the seat covers, door panels, and carpets, and the only possible demerit is some bubbling under the faux wood panels in back, but it's pretty minor. Optional gauges include temperature, ammeter, oil pressure, and a rare factory tach (sadly, not operational), and the center console includes the familiar Mopar shifter, albeit topped with a wood knob that's ideal for the upscale GTX. This one also carries the original (and rare) R22 AM/8-track radio, although it's been disconnected in favor of an AM/FM/CD head unit discreetly tucked under the dash. In the massive trunk there's a new mat and a full-sized spare tire with jack assembly, and the texture on the quarter panels strongly suggests that they are original to the car.

This car's biggest claim to fame is the 375 horsepower 440 under the hood. With matching numbers, it was fully rebuilt to stock specs and runs superbly. The engine bay is nicely detailed with Hemi Orange paint, a correct air cleaner assembly, and a set of beautifully finished exhaust manifolds. Other important details are the reproduction hoses and clamps, a new ballast resistor on the firewall, and a set of finned valve covers that aren't quite correct but look great nonetheless. The 727 Torqueflite 3-speed automatic has also been rebuilt and snaps through the gears even with all that big block torque churning through it. In addition, it now spins a tough 8.75-inch rear end, which includes 3.23 gears, so it's a nice highway cruiser that isn't handicapped at the stop light grand prix. The floors were replaced and the workmanship is quite good, so no worries there, and a reproduction dual exhaust system has just the right rumble. Magnum 500 wheels are a perennial favorite and carry redline radials for modern handling and vintage looks. 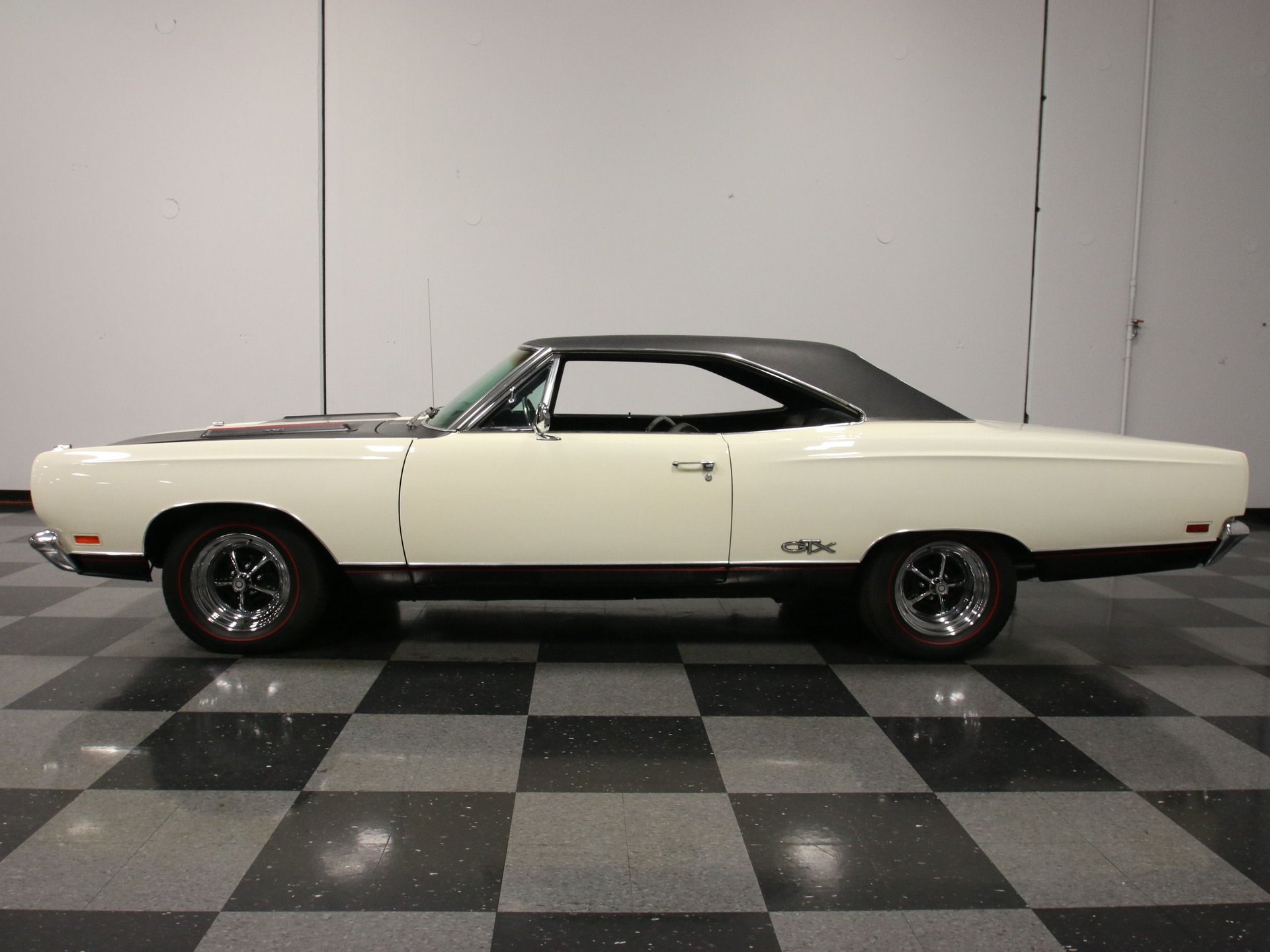