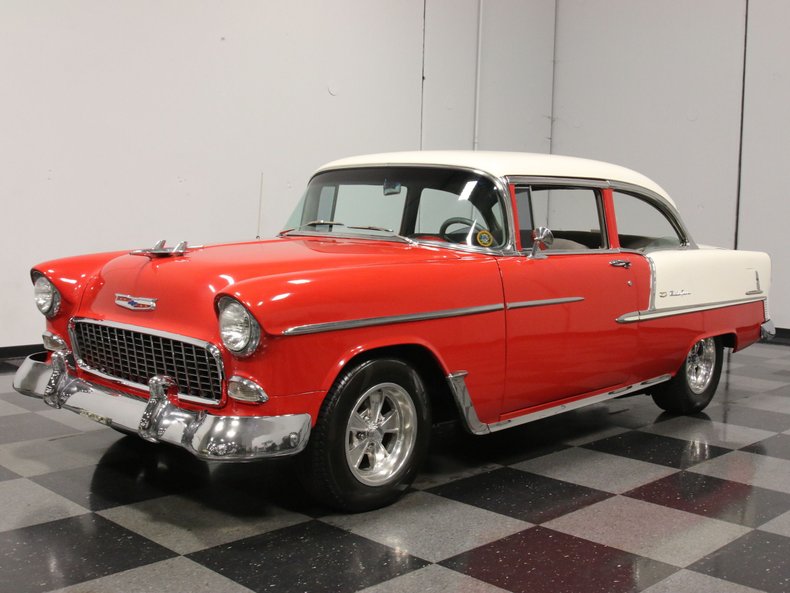 Any tri-five Chevy is a cool car, but some are simply cooler than others. This 1955 Chevrolet 210 2-door post sedan is in that rarefied category: a cool two-tone exterior, exquisitely detailed with a custom interior, and a strong-running small block backed by a manual gearbox. The money was spent on this car, and it was spent well.

There's a massive gulf between most of the cars you see at a cruise night and a truly nice car that's ready to cruise. It's always helpful to have a nice base, and this car was found mostly intact and didn't need a lot of major surgery to get back into shape. Many hours were spent sanding and prepping the panels and the results are clear: an awesome two-tone combination that practically leaps off the sheetmetal. It's got a few signs of age on it now, but this Chevy has a clean, traditional look that has remained at the top of enthusiasts' lists for more than six decades now. All new or restored trim went on, and the car's been upgraded to Bel Air trim, so it looks flashy anywhere you look. Nothing was shaved or deleted, and for many Tri-Five fans, the 1955 models are the cleanest, simplest of the bunch, with a look that's timeless.

Simple is the word inside, headlining a comfy interior that keeps most of the stock parts and gives them a modern twist. That appears to be the original front bench seat, which has been wrapped in comfortable and clean gray cloth using factory-style patterns. Matching gray carpets, built-from-scratch door panels, and a custom center stack keep it subtle while delivering a new twist on an old favorite. Billet dash panels and Dakota Digital gauges are additional custom touches and a set of auxiliary dials were tucked in under the center glove box. There's also an AM/FM/CD stereo head unit, under-dash A/C and speakers stashed throughout. Your hands will be busy with the Corvette tilt/telescoping steering column and the crafty Hurst shifter stick stirring the Muncie 4-speed underneath. The trunk has been neatly finished to match, with gray carpets and custom side panels that give it a custom look without stealing practicality.

There's more shiny stuff in the engine compartment than on the body, which makes the mill a real focal point. It's a stout ZZ4 350 cubic inch crate motor with a great-sounding cam, headers, and a pair of four barrel carbs up top. Braided hoses run every fluid from the antifreeze to the brakes to the power steering and a plain chrome air cleaner and finned valve covers add to the dressed-up look. Sensible upgrades include a serpentine belt system for the accessories, a dual master cylinder with power assist, and power steering working in conjunction with the original suspension. Ceramic-coated long-tube headers feed a fresh dual exhaust system with just the right rumbling exhaust note, and this is one of the most well-tuned dual-quad cars we've ever driven, with almost instantaneous throttle response. The 4-speed snaps through the gears like a bolt-action rifle. The chassis is built to drive, so it's not shiny and perfect, but you can see that a lot of work went into this build. Classic Cragar 5-spoke wheels are a more unusual touch relative to the usual Torque Thrusts, and they carry staggered 205/70/15 front and 235/70/15 rear performance radials. 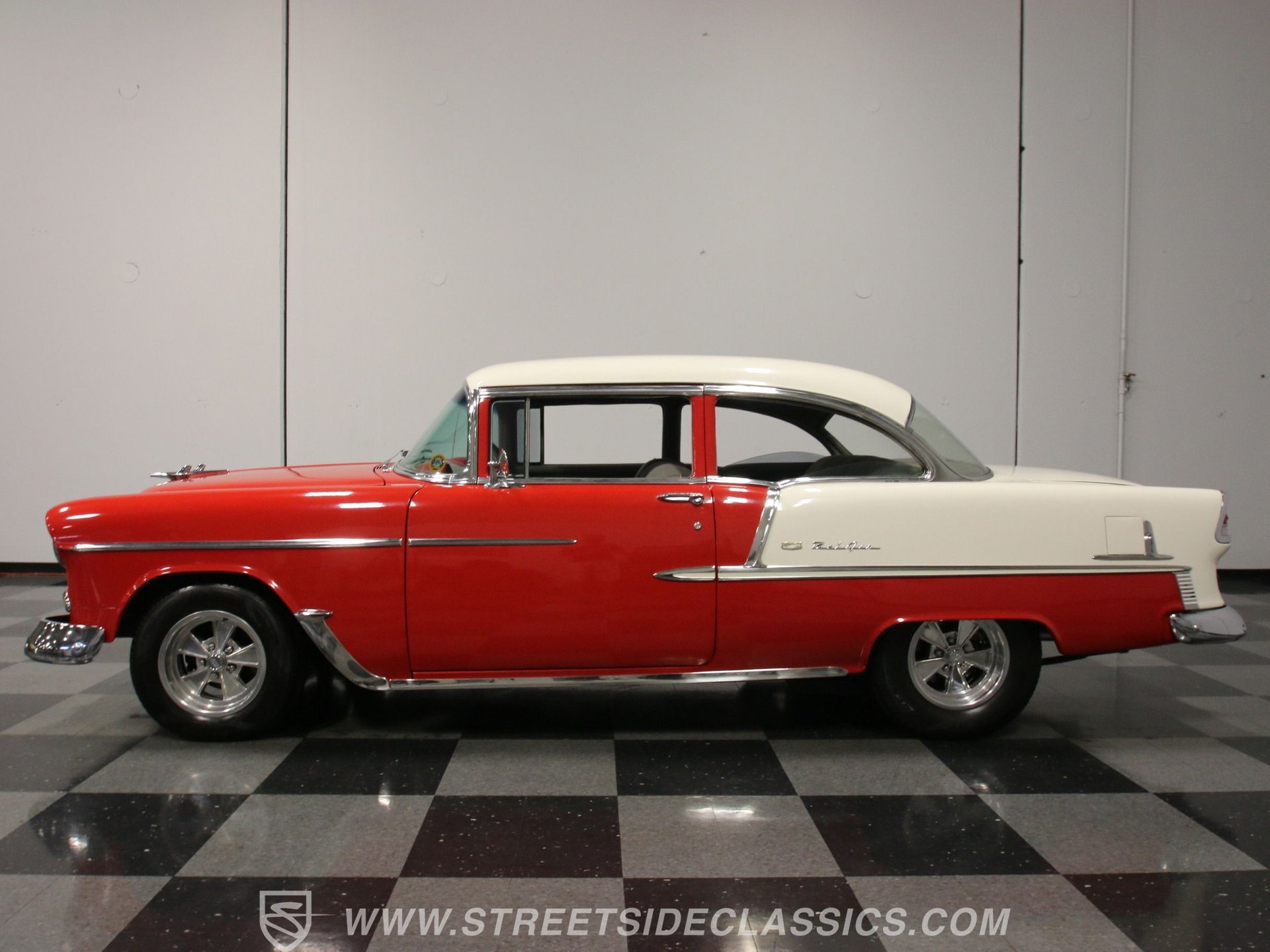